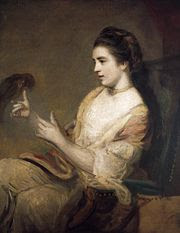 Lucy Locket lost her pocket,
Kitty Fisher found it;
Not a penny was there in it,
Only ribbon 'round it.
(The tune for Lucy Locket was later used as the basis for Yankee Doodle. For more about Lucy Locket, see below - and eat your heart out Dr. Seuss.)

The 1970’s was a decade of certainty. Dirty Harry was certain. So was Kojak. So was St. Joseph’s policy on school uniform. I’ll never forget a shy black girl with a lovely smile. Her clothes were sometimes shabby, and she sat near the back of the class. One day she came in resplendent, like a young lioness, her hair braided in multi-coloured beads. She looked six foot tall. She looked great.

All hell broke loose. This was not school uniform. School uniform was a dark jacket and a tie striped navy and pale blue, and…well…unremarkable hair. She was brought before her Head of Year and the law was laid down: the beads had to go.

And then in a weirdly triumphant spirit of compromise and fudge, the Assistant Head of Year came up with a - solution. She was so pleased with herself. The girl could return to school the following day, but the beads would have to reflect school uniform, beaded alternatively navy and pale blue.

Our new Head of Department, was someone else possessed of certainty. He dragged us kicking and screaming into the turgid wilderness of social and economic history, turnips and steam-engines. Other than that he was merry, almost bouncy, though not always careful with nicknames. One of our pupils, Catherine Fisher, he took great delight in calling ‘Kitty Fisher’ which she took in amused resignation. It was innocent word-play on Mike’s part. He knew who ‘Kitty Fisher’ was but probably not in great detail. (see below)

Catherine Fisher was a dreamy-eyed student who I didn’t inspire but from whom I learnt one of life’s great lessons. Yes, I too, was possessed by that dreadful sin of certainty – seeing her only in terms of how good or bad she was in ‘History’ and seeing nothing else. Catherine Fisher has since become one the finest YA novelists in the country. Her writing is lyrical - didn’t get that from turnips and steam-engines – and I ended up learning far more from her than she ever learnt from me.


Lucy Locket was a barmaid at the Cock, in Fleet Street, London, sometime in the 1700s. Lucy discarded one of her lovers (her 'pocket') when she had run through all his money. Kitty Fisher, a noted courtesan, took up with him, even though he had no money. It also taunts Lucy Locket because a "pocket" was what prostitutes kept their money in and would tie to their thigh with a ribbon.


When he visited London in 1763, Giacomo Casanova met Fisher and wrote:
... the illustrious Kitty Fisher, who was just beginning to be fashionable. She was magnificently dressed, and it is no exaggeration to say that she had on diamonds worth five hundred thousand francs. Goudar told me that if I liked I might have her then and there for ten guineas. I did not care to do so, however, for, though charming, she could only speak English, and I liked to have all my senses, including that of hearing, gratified. When she had gone, Mrs Wells told us that Kitty had eaten a bank-note for a thousand guineas, on a slice of bread and butter, that very day.[3] The note was a present from Sir Akins, brother of the fair Mrs Pitt. I do not know whether the bank thanked Kitty for the present she had made it.
Posted by Mike Keyton at 04:06