No mermaids in Carlsbad

At Carlsbad we crashed out and slept till midday. In the afternoon we explored the Caverns

During the last ice age this desert was covered with dense pine forest.

This is the Chihuahuan Desert in Southeastern New Mexico and West Texas. We walked gingerly having been told that immediately below the surface were more than 300 known caves of gigantic size. It was the unknown caves we were worried about.

It was hard to believe that a mere 250 million years ago this had been an inland sea dominated by a 400 mile long reef bursting with sponges, algae and seashells. Maybe, too, mermaids with Raquel Welch figures…and tails

But the tour guide wasn’t interested in my theories. He wanted to tell me about the passing of the Permian age, when the reef was covered by thousands of feet of newer sediments, burying it for tens of millions of years. Stresses in the earth’s crust, especially over the past 20 million years, uplifted these reef sediments almost ten thousand feet. Wind, rain, snow and time eroded away the overlying younger sediments and now the ancient reef is exposed once again as the Guadalupe mountains and deep caves below the desert floor. 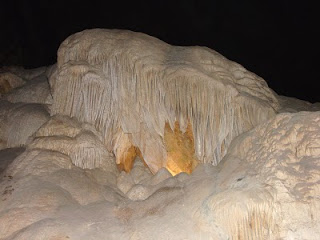 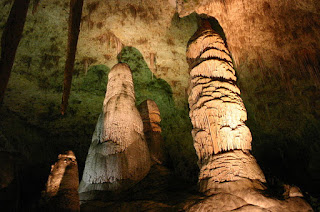 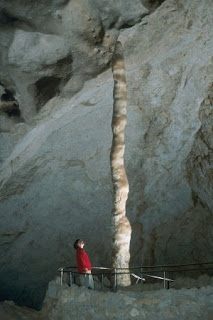 And afterwards went back to camp and drank beer. There, a most unusual event occurred. Beneath the stars, and influenced by good beer, we wrote a song – essentially Eurovision Country and Western. The idea was to utilize every Country and Western cliché as seen through French, German, British, Australian, Dutch and Spanish eyes. Everyone there contributed a line or two. There was a tune there too, of sorts…and a mouth organ.

The song was called:

My Doggies have been wailing since I sang my latest song, but the lyrics will have to wait for a subsequent post.
Posted by Mike Keyton at 08:05

Thanks for calling in Diane. You may change your mind about the song when you experience the true awfulness of the lyrics :)