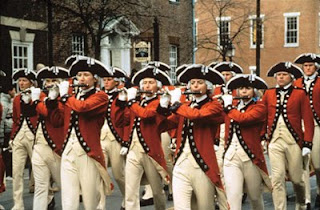 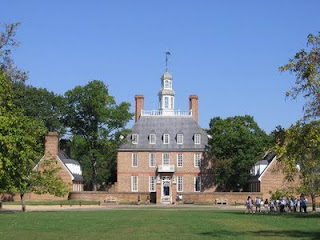 I’m finding it harder to write as this particular phase in my life comes to an end. It’s like a man approaching death, and before you say, ‘Michael, you are far too young to be thinking of such things,’ (I hope you all do) I’ve had a morbid mind since the nuns were unleashed upon me in Primary school.

But America was coming to an end, for me at least; you guys still have some way to go. Our next stop was Williamsburg and very beautiful it was too. I remember the long walk from the Information Centre to the ‘Village’, a walk that allowed you to muse on the information imparted by a very professional orientation film shown at our arrival.

Three and a half hours, the time allotted to us, wasn’t nearly long enough, The William and Mary College alone was worth an hour or two. Now it’s a visual snippet lodged in the brain: America’s oldest educational foundation, Christopher Wren inspired architecture, and the alumni of both Washington and Jefferson. 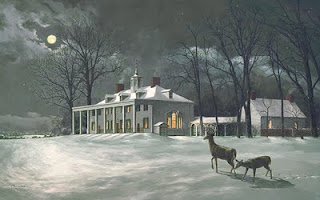 Next we were whisked off to Mount Vernon - Washington of the wooden false teeth fame – his old place. And there I emotionally and physically collapsed. Emotional, not in a blubbering sense, but the realization that I’d become emotionally drained. I couldn’t take any more.

I have no objection to any sober or orderly person's gratifying their curiosity in viewing the buildings, Gardens, &ca. about Mount Vernon.’ Washington wrote in a letter* which was very nice of him.

I was sober and orderly but curiosity was gone. If I saw one more costume, one further piece of bone china, even Washington’s reputed false teeth I’d have hugged my sides and screamed. I’d seen too much…and the curry was having its effects too.
I went to where I always go in periods of great angst, a bar. And afterwards slept on the grass.

Tomorrow, Washington, New York and then the plane home.

I guess the only thing left for you to do is to come back and write new adventures.

It's in the pipeline, Maria. Adventure can be found anywhere, but I miss America.