Midnight Cowboy and the Adventures of Robin Hood – the missing link


When we were very small we peered through our neighbour’s window to watch ‘The Adventures of Robin Hood on a black and white TV - with its 12 inch screen even smaller than us. Eventually we also got a TV and sang along to the hypnotically catchy theme tune. Listen to it once or twice and you'll be singing along too.

It’s only now, looking back, that the weirdness of its cast hits home. Richard Greene played Robin Hood. 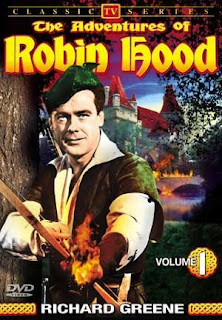 Clean cut and with an immaculate smile he was 1950’s man personified. To a child, knowing no better he suited Lincoln green well enough, but looking back now  I can more easily imagine him in a checked shirt and cravat, a jacket - cord or tweed, and cavalry twill trousers. He’d be drinking a pint from a dimpled pint glass and twinkling at Maid Marion in twinset and pearls sipping a Baby-Cham (a mildly alcoholic fizz for those who couldn’t afford champagne.) Having said that, Patricia Corbett looked a damn sight better in Lincoln green and well tailored leggings. 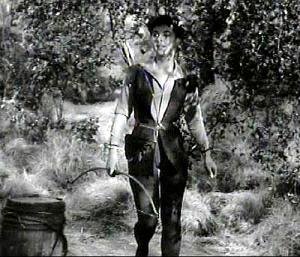 But where does Midnight Cowboy fit in?
Well, we all have to start somewhere, even the sexually active John Schlesinger, who starred as Alan a Dale in an episode called The Dowry. One for quiz compilers everywhere. 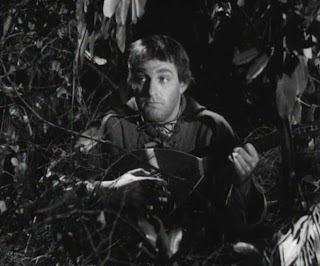 I still can't see Robin Hood as anyone other than Errol Flynn (sin and all).

Oh Lord, I'd forgotten how truly awful those old shows were. Love it.

Maria, I agree that Flynn's version is iconic - though ref 'sin and all' he paid for it. I saw his later TV appearances in chat shows where he gave new meaning to raddled.

Linda - there's magic in awful. It depends on the context : )

This makes me appreciate today's special effects, but I do appreciate some of the 50's shows.

We were innocents, Kerri : )

Well, I don't see why Robin Hood wouldn't drink a pint of beer back then, in his own time!

But from a dimpled beer glass and wearing a cravat? : )