In search of Shakespeare's Grave


The house where he was born seemed a good enough start. 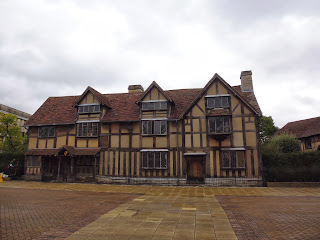 But where next - the room he was born in? The trail is cold. 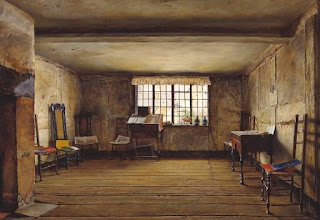 Time to ask a policeman. 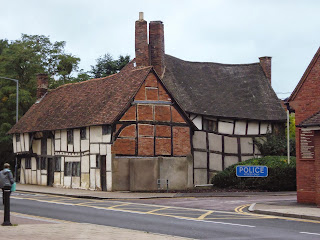 Well, we found where he died 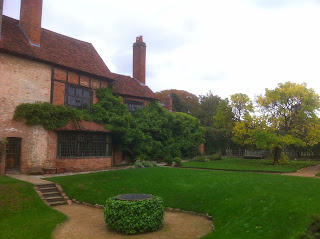 Then some one suggested following the river. 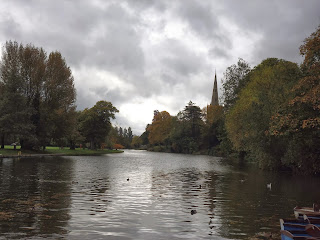 We asked some swans 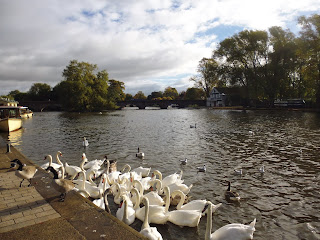 But their beaks were closed. 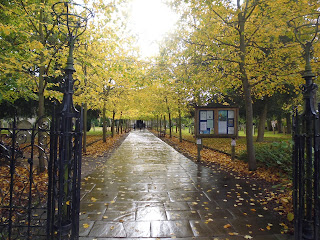 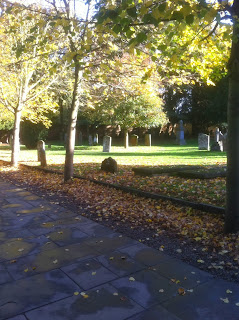 A graveyard at least. 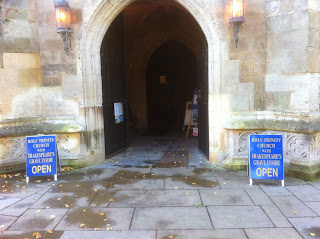 Am I reading this right? The grave is Open? Seems a bit macabre to me 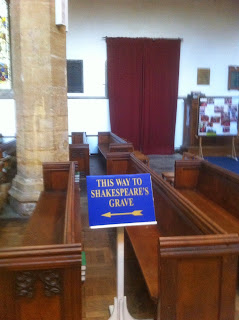 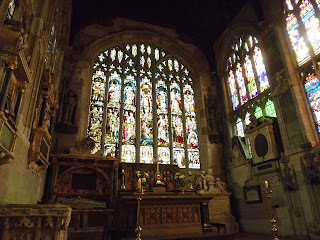 The altar of Holy Cross Church 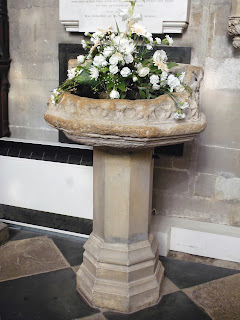 And here is where he was christened. The font was retrieved from a farmer's field where it had been used as a water trough for cattle. 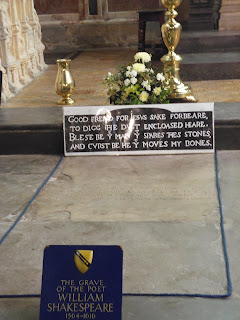 And here is where he was buried, along with.... 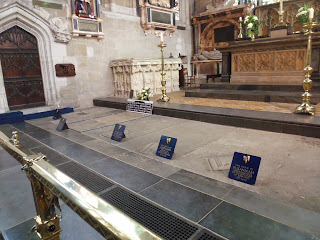 The rest of the family...well almost.


Shakespeare, Ann Hathaway, his Son– in–Law, and Susanna, his eldest daughter are buried here, along with a grandson. But Judith his second daughter isn’t, and where she is we don’t know. It’s interesting, too, that Judith was illiterate but Susanna wasn’t, and unquestionably sad that she married such a rogue as Thomas Quiney. He impregnated another woman who died in childbirth, and in consequence Shakespeare struck him from his Will. This was tricky because then a wife’s property belonged to her husband, so Shakespeare’s lawyers had to be clever.

Judith is also interesting because of her longevity – 1585 – 1662. She would have been three years old at the time of the Spanish Armada, and then gone to experience the reign of Charles I, the Civil War, Cromwell’s Protectorate and live to see the Restoration ie Charles II

I turned back to Anne Hathaway’s grave and remembered what once used to puzzle me: why Shakespeare left her his ‘second best bed’. The best bed was always reserved for important guests. The second best bed was in fact the marital bed.

I sensed someone watching me, perhaps reading my thoughts: 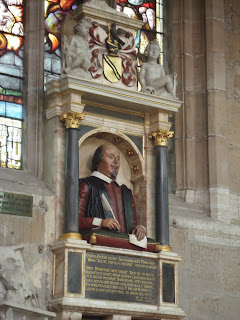 It was time to go and write what we saw before he did.

Aw, I love reading your historical posts. They're always so interesting :) Makes me want to go off and do some research...

Makes me want to go off and do some research...

Written not as a tourist, but as a pilgrim. Lovely! And the photos are simply gorgeous! Thank you for taking us along.

Thanks, Jeanne. We had a wonderful two days in Stratford, and if this Richard II ever appears on a live feed/big screen go for it. David Tennant dominated the stage - in a good way.

Thank you for sharing these fabulous photos and for such interesting info on Shakespeare. When I visit churches, graveyards, museums, I wonder how much of what they say it's really accurate. History is sometimes half speculation and half facts. Am I wrong?

I've always been intrigued by the possible reasons behind the "second best bed".

Claudia, sometimes it's half speculation, sometimes it's more than that. But even when you have most of the facts, interpreting them is like doing a jigsaw with a kalaidascope. Different historians will always have their own slang.