A pub in time 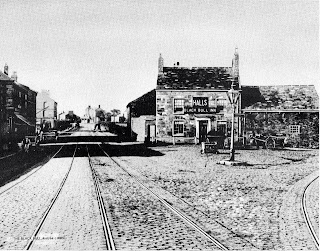 The Blackbull was where I had my first drink. Fortunately not in this particular building because that would make me over 120 years old. The road to the left (Warbreck Moor) would then have led to countryside; a few years later redbricked terraced housing for the respectable working class were built. Note though the lamp in the foreground and how, though the pub changes, this focal point remains essentially the same. For me, as a child, it was the 'gateway' to Aintree and home. 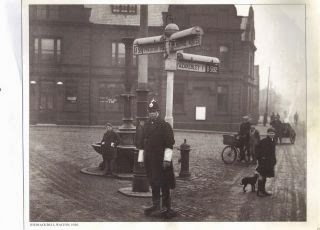 This was the 'new' BlackBull - with its own policeman. This man faced a demanding task directing such heavy traffic

The children look much the same but the policeman has gone.Now there are trams 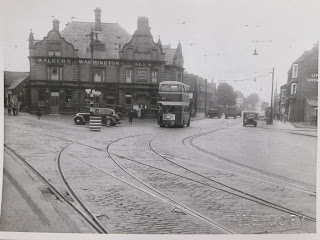 The tramlines remain; the trams themselves replaced by buses. 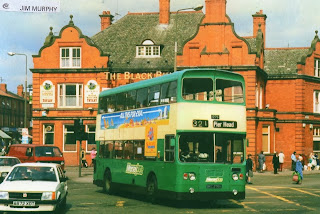 I hope the Blackbull remains forever.

I love these progression photos. It really gives you a sense of time.

I remember my first drink. I didn't care for it, but I ended up marrying my date from that night anyway. :)

I'm a sucker for photos, too. Some evoke memories, others emotions. I'm glad I bought my own first drink. God knows who'd I've married otherwise :)

Health and well being to you and yours for the future,regards Jackie Gregory

And to you, too, Jackie. Thank you!

I love black and white photos, but I especially love, the feeling (nostalgia if you will) that you get when looking at them.
HAPPY NEW YEAR!!!

Such a beautiful building. :-)

I love seeing how places evolved over time.

Happy New year. Misha. The sad thing is that the building behind it was the Aintree Institute where the Beatles played in the early days. It was a fine building in a similar style. It didn't have time to evolve - except into a car park