Better than being flayed and stuffed 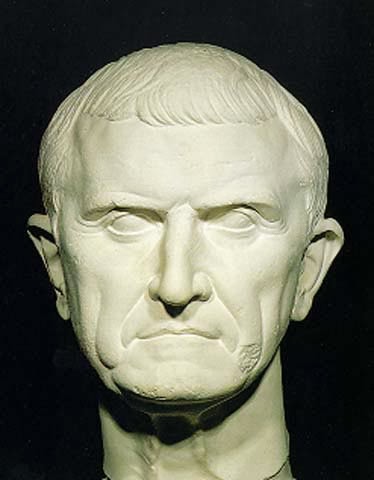 It is a shame that our rulers never lead from the front. Marcus Crassus may have been a vain and greedy man but he put his money were his mouth was, with unfortunate results. In pursuit of wealth and glory he attacked Parthia and was killed. His head and arms were dispatched to the Parthian King. This was followed by a triumphal parade and further humiliation for Crassus, who at least wasn’t there to see it. One of the prisoners, Caius Paccianus, who looked like Crassus, was dressed as a woman and headed the parade. He was accompanied by trumpeters and lictors who carried the heads of the recently slain at the end of their axes.

In fact Rome and Parthia were the Liverpool and Manchester United of their day. Neither gave quarter. The emperor Valerian 253 – 259 AD was damn fool enough to get captured by the Parthians and was used as a human footstool by Shapur II when mounting a horse. In the end he had Valerian skinned - the skin stuffed with straw and preserved as a trophy in the main Persian temple. Other accounts differ, but one fact remains, leading from the front is risky. It is unlikely that we will ever see Obama or Blair, Putin or Hollande, used as a human footstool. They have others to do that for them.

Back to 53 BC and the battle of Carrhae where 20,000 Roman soldiers died and 10,000 others were taken prisoner. What do you do with 10,000 Romans? Why, settle them in the oasis of Merv of course. Turkmenistan. Just the ticket. 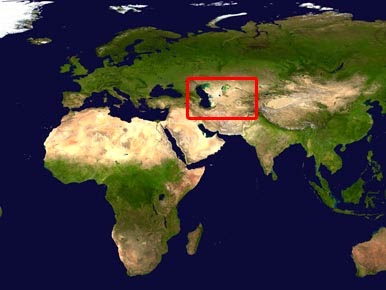 Just the ticket, too, for a fine historical novel: Alfred Duggan’s Winter Quarters.

In it, two Roman soldiers from Aquitania fight at Carrhae. One is killed, the other ends his days a prisoner in Merv. His last flicker of hope that he may one day be rescued vanishes when he learns of the death of Julius Caesar. For this ex Roman legionary there is no escape from the far side of the world.

It’s a fine novel but there is evidence that a disciplined and well armed Roman cohort did escape, and that there was life after Merv. Because they couldn’t hope to fight their way home west through the Parthian empire, they marched east to the ‘Outer Ocean’ from where they hoped to sail home.

Enroute they took service as mercenaries with a Hun war-band and joined in raids on China. In 36 BC a Chinese force caught up with the Hun force at the River Talass. Chinese records describe something they had never encountered before - the Roman Testudo - ‘tortoise’ formation of interlocking shields. They also discovered and recorded the standard layout of a Roman camp.

The Huns were slaughtered, but not the Roman mercenaries. The Chinese were intrigued. They were led off and took service with their new masters. One final link to the story is a record in the first century AD of a town called Li –jien sometimes referred to Li- kan– the name the early Chinese gave to the Graeco-Roman world. Mind boggling stuff, the thought that Roman legionaries from such far away provinces as Gaul, could have ended up living and dying in the Far East, subjects of the Chinese empire.  Better than being flayed and stuffed.
Posted by Mike Keyton at 03:42

You always post the most fascinating historical tidbits. :o) Thank you.

Do you recommend Duggan's book?

Thank you, Maria. As I said to someone before - history's great when you're not teaching it :) Ref Duggan, I remember enjoying them hugely as a precocious young boy. That's all I can say. If you scroll the wiki entry to 'literature' it will give you some idea, may be http://en.wikipedia.org/wiki/Alfred_Duggan

It would be difficult to use an empty suit for a footstool.

That made me laugh aloud, Crash. You can't flay a suit either. All you get is fluff

I enjoyed the history lesson but loved the "empty suit" comment.