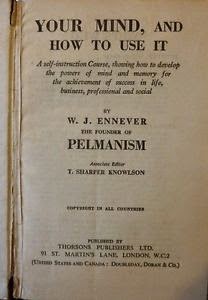 When I was very young I discovered a set of grey, flimsy booklets offering me the secrets of the universe. Well, not quite, but almost. They offered to train my mind so that, with practice, I could become a cerebral superman. I knew then I’d never be a Charles Atlas, so clearly this was the way to go.  This set of thin books explained the secrets of Pelmanism and they occupied a section of my dad’s book case.

Not wanting to be a writer then but determined on being Liverpool’s answer to Sherlock Holmes, these books seemed like a gift from God - until I started reading them. They promised much, exhorting me to exercise my brain to the full via exercise, after exercise after exercise. Mental press-ups, neuro treadmills, cerebral weights – all heavy stuff for a ten year old, but we didn’t have TV then. Instead I’d wander gloomily around the house like Hamlet’s ghost.

I could no longer simply enter a room.
No.
I had, in a glance, to absorb and remember everything there, down to the colour of my Uncle John’s shoe laces. That was easy enough. They were usually black. Unless he was wearing brown shoes. Then they were brown. I probably gave up around Lesson Five but by then the damage was done. 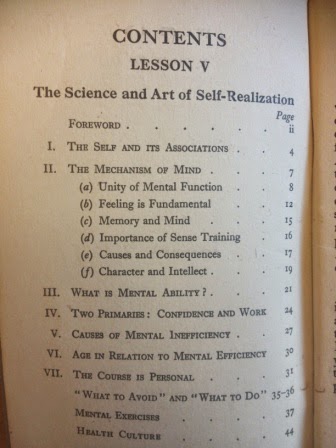 The result was people began to suspect the wheel was running but the hamster was dead. How else to explain young Michael entering a room wide eyed and blank and saying nothing to anyone. I was seeing and recording, filing images, sound and smells. It’s not an easy exercise, even with practise and it buggers up social skills, I can tell you.  Autism, Pelmanism. The two are creepily alike. But at least I knew there was fluff on the mantelpiece and a fly on the window.

But I was in good company: Lord Baden Powell, Herbert Asquith, Baroness Orczy, Jerome K Jerome and Rider Haggard all practised Pelmanism. The downside was they were all dead. And so was its founder William Ennever, who died the year I was born.

As I reached puberty I realised Charles Atlas may have been a better mentor and guide.

Postscript. These below are testimonials from the dead. 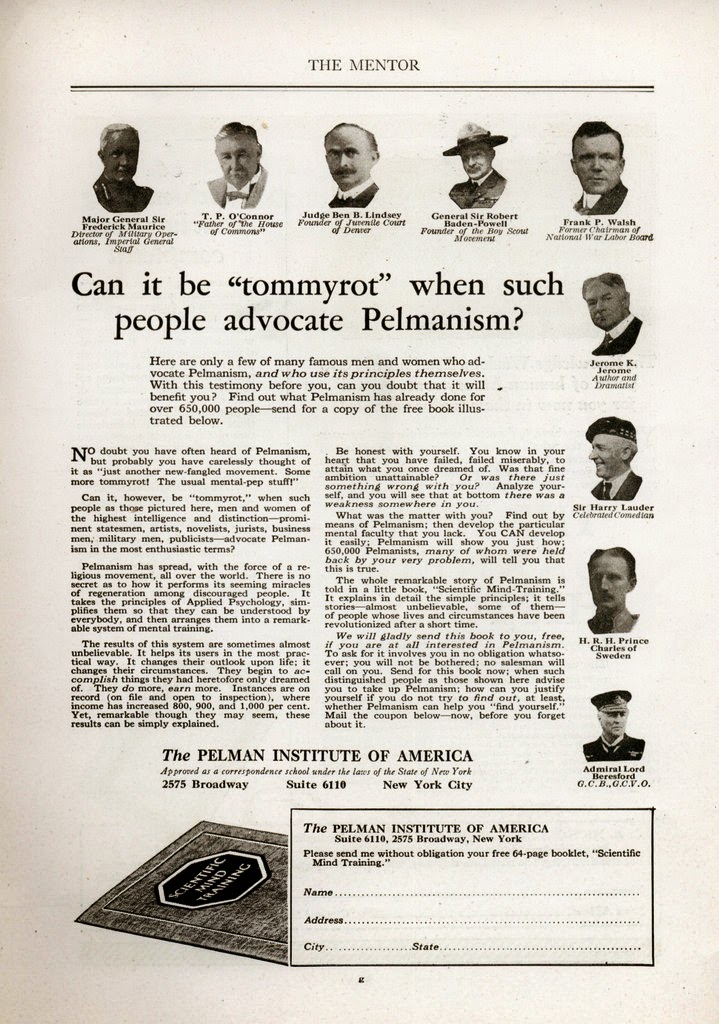 But Pelmanism isn't. It refuses to give up the ghost. I can't believe it!

Hahahaha yeah I can imagine that you cut a strange image.

I often did exercises to increase my visual memory skills when I was younger, or I sometimes adopt lifestyles that will favor my concentration, and quite successfully too. Although some methods are quite extreme, there is nothing psychologically dangerous about then.
I've never heard anything bad about Pelmanism. I suppose that, just as many other practices, it requires the analytical ability to filter, distinguish between what is useful, what is harmful, and what is just smoke in the eyes.
I never practiced Pelmanism and I am not familiar with their methods, but are you sure that your young age was not a cause of misinterpretation of the method or of some aspects of it, carried away by an excess of naive enthusiasm?
For example, when I first read Stanislavsky, at 17, it destroyed my acting. I took it totally the wrong way. It took me years to understand and revoke the vade retro!

I'd say you were a strange kid, but that probably seemed normal to your parents. :)

I had a brief period in my youth when I tried to absorb the things around me. It lost its appeal once I discovered boys.

Nowadays, I'd be happy just to know where I left my keys.

Misha, you speak in the past tense. That's kind of you.

Jay, I was probably ridiculing childhood absurdities as much as Pelmanism itself and exaggeration is part of my heritage :)

Maria, as long as you can still remember what keys are for :) Hope you're recovering from all your various tasks.