England is the paradise of women. So now you know


I was leaning against the wall radiator in the staffroom when Mike Bouchier sidled up to me with the air of a man in a shabby brown coat and one or two dirty books to sell. An unfortunate image – he was the Deputy Headmaster. Thing is, he did have a book to sell – not just one but an indefinite number of them. He wanted me to join the Folio Book Club. I’d be committed to buying four books a year and he’d get a free book.

I now have a fine collection of Folio books, most of which are beautifully produced reprints of works you can no longer find – at least not easily.

Marriage, children ended my relationship with Folio. The books, though beautiful, are not cheap. They do though hold their value in second hand bookshops. You can imagine my delight when I spotted the Folio edition of ‘Fuller’s Worthies’ in a second hand bookshop that was closing down. It was in Ross and Wye and he was selling it for a mere £5. 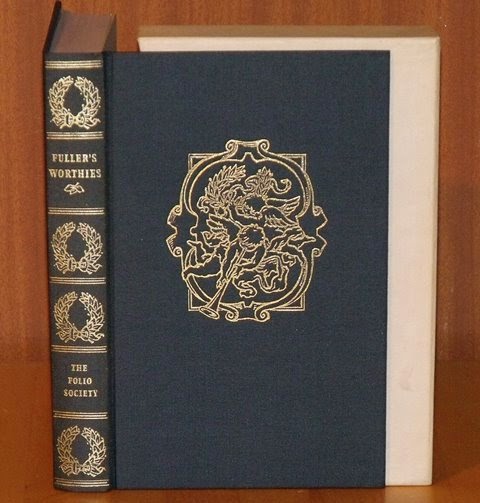 So what is ‘Fuller’s Worthies’? It’s a fascinating and plum-pudding rich insight into C17th England. Almost an encyclopaedia - eccentric though and more entertaining.

Fuller describes the various counties of England under various headings such as proverbs, famous men, soldiers, manufactures, produce, wonders and sayings, amongst others. It’s a fascinating snapshot of C17th England and reveals much of its prejudices. He was a contemporary of Pepys and John Aubrey. As Richard Barber writes in his introduction: “For if we would like to walk the streets of London with Pepys, or sit in an Oxford Tavern, drinking with Aubrey, with Fuller we would want to dine with leisure. He is a comfortable writer, marvellously entertaining, and well informed.” 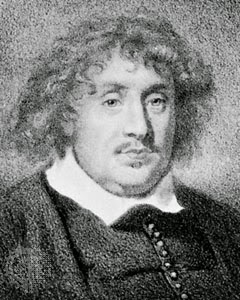 I turned a page at random and came upon this – it is a proverb from Berkshire:
England is the paradise of women, hell of horses, purgatory of servants.

I had to find out why.I had to read on.

According to Fuller ‘ women, whether maids, wives or widows, finding here the fairest respect and kindest usage. Our Common Law is a more courteous carver for them than the Civil Law beyond the seas, allowing widows the thirds of their husbands’ estates along with other privileges. The highest seats are granted to them in feasts. The indentures of maid servants are cancelled by their marriage, though the term be not expired; which to young men in the same condition is denied…and we men, so far from envying them, wish them all happiness therewith.’ (Such fat-headed complacency.)

With regard to England being Hell of horses he seems less complacent more confused as to whether the Spanish are worse. On the one hand he condemns the Spanish for having horses for show rather than use, and so making ‘wantons’ of them. The English however use them but are ‘over-violent’ in their riding, racing and hunting. He urges more consideration because ‘the good man regardeth the life of his beast.’ (Much as he does with his woman)

But now another Folio lines my shelves and who knows, I may share more of Fuller’s insights in the future. You have been warned.

'he condemns the Spanish for having horses for show rather than use' - Spanish Dressage comes to mind...

Of course - you're right. Just looked at some pictures and Fuller's right too. They look right wantons. Equine Divas

As a youngster, my experiences with horses was limited to sulky racing on television. The first time I saw an English steeplechase, I was shocked beyond belief. Since then, I've watched video of Spaniards riding horses through bonfires for some bizarre celebration. Now I'm simply confused and thoroughly enjoy YouTube postings of flatulent equines.

Horse farting is good. The Grand National is better :)

With men like that, it's a wonder the women of England didn't leave for Spain.

But then about this time, most countries were unenlightened. :)

I'm not too sure Spain was much better. It may have been worse - at least in terms of common law. Then again, if they treated their women as they did their horses, English womenhood could have been transformed into well groomed coquettes with some serious attitude problems :)