A kangaroo, Naruto and Morrissey

“I think I must be, absolutely, a total sex object. In every sense of the word.” Who said that and...why? 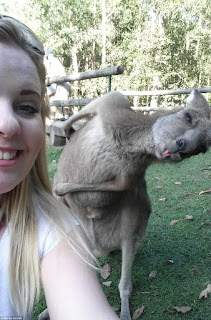 This week has been full of absurdities. I pick three out at random. It’s now official, ‘Selfie’s are more deadly than Sharks’—in fact twice as deadly, the respective figures being 12 and 6 respectively for the year just gone. It’s a tribute to the human spirit that people will swim in the vicinity of sharks, that people will photo-bomb a wild bear, a charging bull, and a speeding train with a ‘Selfie’, and that others will compile and compare the contrasting statistics. No one has yet photobombed a shark with a ‘selfie’ but they will. It is unlikely that Spielberg will make a film about it, though a crested Macaque monkey might. 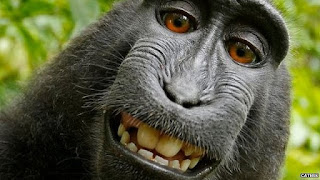 One such monkey has already acquired its own agent, the animal rights organization: ‘People for the Ethical Treatment of Animals.’ PETA has even given said monkey a name: Naruto. The issue is simple. Naruto took a ‘Selfie’. So who owns the copyright, a hitherto unknown monkey called Naruto or David Slater who had set up the camera in his study of a group of Macaque monkeys? And will anyone compile statistics comparing monkey ‘selfie’ mortality rates? 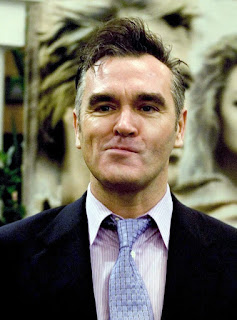 The third absurdity of the week is Morrissey, a hero to many but essentially a twerp. His book, a List of the Lost is only 118 pages along but is set to replace Fifty Shades of Grey in the Derision Charts. I stand in awe of his description of sex: ‘…the pained frenzy of his bulbous salutation (as it) smacked its way into every muscle of Eliza’s body except for the otherwise central zone.’ What does that last clause even mean?

And why would you think the story of four Boston relay runners in the mid 70’s interesting? Seen through the eyes of a gifted writer almost anything is interesting but to a writer who refers to his four heroes as our ‘our Priorswood tetrad’, ‘our hounds’, ‘our speed merchants', ‘our heroes’.

I sometimes struggle with dialogue, and I crit dialogue on workshops, but I wouldn’t know where to begin with this: “My body is decorative art! I delight in my magnificence!”

Then there are the sentences that will have you scratching your head: ‘In servitude is the watcher, asking of the do-er that he assumes all aspects of the watcher’s desire.’

And what woman would fall for a chat up line like this? ‘Electrons from me need electrons from you to become electrons’ —other than a drunk physicist who liked Morrissey.

The book is full of groaners: 'Whoever put the pain in painting had also put the fun in funeral.’ I’m tempted to add ‘and put the last rites in writer’. But it doesn't quite work.

I suppose this last absurdity of the week stems from annoyance that there are so many talented writers looking for the chance Morrissey claims on the basis of a few clever songs.

'The mutual head-rush struck both of them at the same time, as a man-and-woman lightning bolt that meant they could now lounge together at the end of it, yet saying nothing, because the air around their silence crashed and gargled with so much meaning.'

Puts me in mind of a thoughtful piece of graffiti I read once. 'Sex is a pain in the neck. . . or am I doing it wrong?"

I love that photo bomb

Something tells me Morrissey might've sniffed too much glue as a kid.

I'll know now to keep away from his 'book'.

Mac I was looking for a picture of a lurking bear but, like you, was captured by this instead

Maria I'm thinking it must have been something more than glue. I'm still trying to equate 'gargling' with sex.