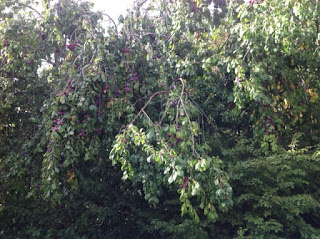 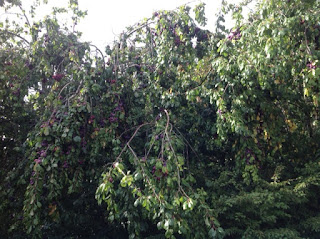 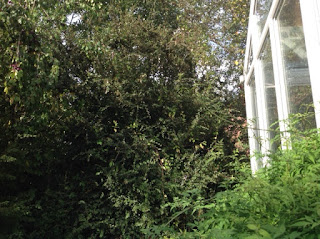 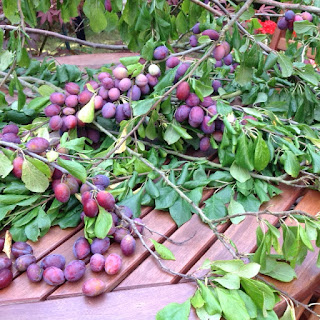 Next year it is likely I’ll have less fruit but far more time. Here’s hoping it extends the life of two old trees and jam production resumes in 2018
Posted by Mike Keyton at 04:57

Holy cow! What the heck do you feed that tree? I've never seen so many plums.

I am green with envy.

Maria, envy green is better than finger brown. Just finished stoning 25 lb of the buggers, and there's double that still on the trees and on the ground. They squelch under foot. I hope they have resumed some of their former glory when pruned. As for fertility, I always find the corpse of a youth helps.