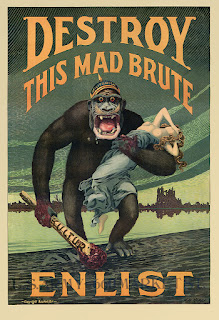 It seems to me we’ve reached the stage where media prepares public opinion for decisions the powers that be have already planned.  The horrible massacre of Muslims at Srebrenica was emblazoned across the world and sparked the invasion of Serbia. There was no publicity on the same scale of previous massacres by Muslims of Serbian villagers in the surrounding area. Both sides were guilty of ethnic cleansing, but we chose to take sides and the public were duly prepared.

Now we cannot escape the daily output of events in Aleppo. Anyone who reads a newspaper or watches the news ‘knows’ the Russians and Assad are the bad guys who are bombing innocent people for the fun of it, because they are savages, or both. There is barely a mention of the fact that terrorists—rebels (choose your label pick your side) are fighting against the government using the local population as a human shield. Equally culpable, you might say, but barely a mention, for we have chosen our side—ostensibly fighting for ‘democracy’ along the ‘democratic’ states of Saudi Arabia, Turkey and Qatar.

But back to Aleppo. We are being primed for a more muscular policy, ‘No fly zones’ for starters.
And when we shoot down a Russian plane, (or indeed a Chinese plane, for China is siding with Russia and Iran) alternatively when they shoot down one of ours what then?
And more importantly how far can we trust any such claim made?

In the late C18th Sweden provoked a war with Russia by dressing up some of their troops as Russian soldiers before attacked their own border. The Nazis played a similar trick prior to invading Poland.
In 1931 the Japanese destroyed part of a Japanese owned railway China (the Mukden incident) and thus excused their own full-scale invasion of China.
In 1964 you had the Tonkin Gulf incident when non-existent North Vietnamese torpedoes attacked an American warship, giving Lyndon Baines Johnson the excuse to bomb North Vietnam.
Whether fabricated or engineered aka The Lusitania or even valid but blown up out all sense of proportion aka ‘the War of Jenkins’ ear’ we are drifting into dangerous waters with talk of no fly zones.

We can delude ourselves that the internet and non-mainstream outlets now acts as some kind of corrective to  traditional media, but even that is now colonised by string-pullers and tweet- merchants operating on an industrial scale. For example, the first link in this post takes you to a Russian source. Smoke and mirrors; who do you trust?

My golden rule is that when every news outlet is saying one thing, for example Trump is a voracious sex pest, I treat it with a bucket of salt. It may be true. It may not be true, but for me the media has called ‘wolf’ too often in sly and sometimes hysterical terms. 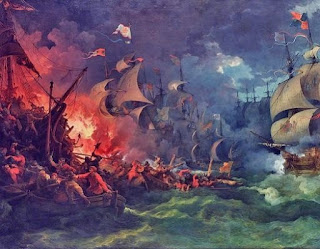 In the early part of the C18th we went to war with Spain because Robert Jenkins had an ear cut off. The innocent ear was exhibited in Parliament—such excitement. Had they had twitter in those days, my God. The resultant war with Spain did not however lead to Armageddon.
Posted by Mike Keyton at 08:45

I lost faith in the media a long time ago. The only thing you can do is read widely and take everything with a grain of salt.

The sad part is that there are entire generations swallowing everything they hear and see whole without any thoughtful dissemination.

"The sad part is that there are entire generations swallowing everything they hear and see whole without any thoughtful dissemination. "
--> and form like minded gangs on the internet dancing to other people's tunes. Shoot me now, i'm growing grumpy 😄