Truth is what you make of it 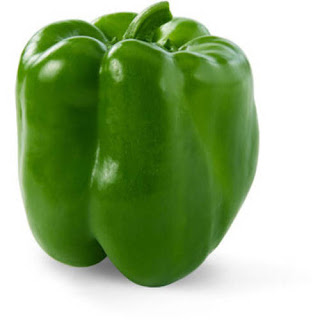 My iphone informed me I’d walked 47 steps and used up 2 calories on Christmas Day. Not a cause for despair. The 47 steps, I imagine, recorded the trip from bedroom to lounge, where I placed my phone on the couch and forgot all about it. That’s the problem with ‘smart phones’ and apps like Pacer that record your activity. They’re not very smart, which poses a problem.

Somewhere that data is stored and potentially available for those who sell insurance or who have other reasons to monitor health and activity. Data is big business; experts pore over it with finetooth combs. But if the data has been measuring only the couch and not the potato what then? Or if the data is inherently faulty?

My wife’s fitbit for example is generous, far more generous than my Pacer app. We go on the same walk and she invariably takes a thousand or more steps than mine. A smaller stride is one obvious answer, but she also walks a mile more than me, too, even when walking side by side the entire route. It mounts up. Based on such data I’m for an early grave and my wife will live to a hundred.

‘Experts’ we all know are wonderful, even when they speak nonsense with or without dubious data.
This was tested recently and I’m not talking about Public Health England, which has just come out with the idea of a calory chart dictating how much we should be allowed eat in restaurants and takeaway meals. The last time we had rationing, there was a war on. Now we’ve all been enlisted in a war against people who’ve lost control of their appetites. This calory control nonsense may prove the breaking point in our trust of ‘experts.’ Up until recently, we’ve been as gullible as sin.

Like I said, this has been tested.
‘Coffee drinkers can add three more years to their lives and save the NHS millions if they stir their cups thoroughly. Doing so reduces inflammation and reduces blood sugar levels.’  Or consider this:’ carbon emissions could be cut by 30 tonnes a year by limiting the use of hand-dryers to three minutes a session.’ Drivers, too have a responsibility. ‘The U.K could meet its climate targets if we reduced the number of right hand turns.’ These three claims are fictitious, created by social scientists testing the limits of public credulity. Britain proved less credulous than Americans, but only just. That’s the point of course. We’re bombarded with exhortations and soundbites and it’s easier to accept—and ignore them than put them under any form of scrutiny.

What to make, for example, of the cardiologist who last week renounced decades of exhortation in favour of healthy vegetable oil? Apparently we should now be consuming the new healthier option of saturated fats. For one who loves his toast and dripping, that suits me just fine. And what about male and female green peppers? Facebook told me one pepper had four bumps on the end, had more seeds, and was sweeter for eating raw. The other sex had only three bumps and was better for cooking. Muggins, here was often to be found in the vegetable aisle groping green peppers – until last week when Facebook informed me it was a myth debunked by Snopes. If you can’t trust Facebook, who can you trust? I blame it on the Russians.

The last such claim to catch my eye—and I think it is genuine—is that a weak handshake denotes an early death from lung cancer. I remember the headline but can’t now recall the evidence: Does a strong handshake prevent lung cancer, or does it merely denote its early symptoms? Such is my continued trust in experts I take no chances, subjecting all meet to eye-watering grips. A shame my iphone can’t measure my grip. It might add another year to my life.

I don't even trust Snopes anymore. It's starting to look like they have an agenda too.

I've heard that too, Maria. I wouldn't trust them beyond green peppers