A jackanapes in Green 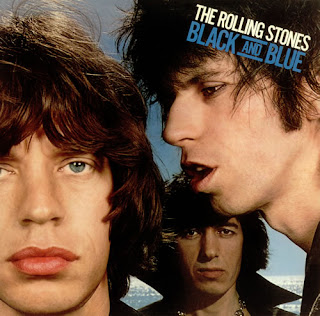 May 1976 I went to see the Stones in Bingley Hall Stafford. It was the Black and Blue Tour, and I was still mourning the departure of Mick Taylor, but never mind. It meant missing school, and not for the first time that day I felt momentarily diminished, like the schoolboy I’d once been.

At Bingly, with scouse ruthlessness, we pushed our way to the very front until we were less than three feet away from the stage. The Stones were late, a trick learnt from Nuremberg, and we stood watching an eerily lit, but empty stage. Then the lights went out; the stage vanished. We stood, tense, expectant. The lights went on –and there they were, standing like wax dummies. For a moment you appreciated pagan worship as icons came to life.

The thing kicked off with Honky Tonk Woman, Jagger looking vaguely disturbing in a frilly green top – more so since he was standing only three feet away. The concert remains only a blur now except for one moment which, for the second time that day, reduced me to an insecure child.

They were playing Midnight Rambler and halfway through Jagger knelt down, one hand holding a metal studded belt, the other pointing accusingly at the audience: to be more accurate, the front row. In time to the music he thrashed the belt on the stage and pointed directly first at one fan, then at another. He was working his way round. In three or four more beats…he’d be looking at me.

Ego wrestled with panic. What should I do? What face should I put on? Did I wink – a knowing one perhaps? Remain impassive…a slight smile…look over his shoulder as though Charlie had just done something particularly interesting on the drums? All these things passed through my mind as his finger came winging in to me.

His eyes were like those of a super-market checkout girl, blank, turned off. And then the finger moved on.

What looked orgiastic from a distance was consummate performance, the body in action, the mind somewhere else – anywhere but Bingley.
Posted by Mike Keyton at 04:57