A bad case of religion

I turned to my left. Donald Duck stared back at me. It was a St Agnes Retreat Day, and the theme centred on how all of us hid behind masks. Well, duh. We all dress in the morning, except those who going to walk around naked. I put my mask on – peer pressure prevailing - and spent the day as Bugs Bunny. (It was only an hour but seemed longer) It wasn’t my first experience of playing ‘Happy Christians’ where the well-meaning but earnest put their creative spin on Matthew 18:3 At least there was the buffet to look forward to and Pastries from Flessels. 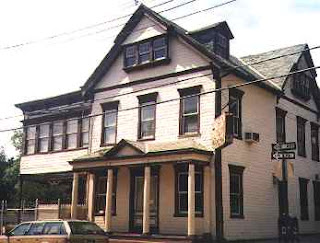 And there was at St Agnes real warmth, which I didn’t find in St Joan of Ark on 82nd St.

As I remember, my intentions were straightforward. I was new to the area, wanted to get involved in neighbourhood activities, and saw my local parish church as an obvious starting point.

I’ve been to friendlier ATMs, more colourful morgues. The reception point made even the dentist waiting room seem convivial. It was quite a Byzantine process to actually see a priest – who had his mask firmly in place, and it wasn’t Donald Duck.

One thing really got me at St Joan of Arc, and I mentioned it in passing. Electric candles. Banks of them. Enough to fuel a star-ship. All of them encased in red perspex and as exciting as... a light bulb.

There is something beautiful in the physical process of lighting a candle, losing yourself in the sway of a transient light, the shadows cast. As an aid to prayer or meditation, it works for the one who lights it, and for those in its presence. It’s part of an ancient tradition that understands ambience and how the mind works. You don’t get that from the hellish red light of bulbs in Perspex.

And then there’s the transaction. You pay your ten cents, get a candle in return.

In St Joan of Arc, and no doubt many other churches, some of which might be speculating on the advertising revenue of Face-book confessions, you paid your money direct to Con Edison – that well known meditative tool.

Electric candles were bad enough; the rationale was even worse. The priest lowered his voice; spoke as one adult to another. ‘It’s the Hispanics. They like their candles.’ He paused. ‘We had to consider the fire risk.’

St Agnes was run by the Dominican Sisters of Amnityville. This is a picture of the Amnityville House of Horror. No connection, and I imagine the film will be forgotten before the Sisters and their work.
Posted by Mike Keyton at 04:35

I loved this line: "All of them encased in red perspex and as exciting as... a light bulb."

Thanks for sharing your description. I've been in churches like that.

Not too many I hope. Thanks Rita.