I think on my profile it says ‘I like opening doors’. I opened a door on a grey, Sunday afternoon when I was little more than a snotty-nosed kid. Strictly speaking it was a drawer and in it a photograph. I stared at her face for some time. She was beautiful. Then I discovered she was ‘family’ – part of the Henry clan that decamped to America around the time my grandmother died. To this day I don’t know how I acquired the address, but find it I did, and in my best schoolboy scrawl wrote a letter to this beautiful woman, who in my fevered brain I assumed looked much the same as she did in the photograph.

The letter was kindly passed on to a distant cousin, more my own age, and this is how Kathy Kruh, as she was then, and Kathy Mallory as she later became began a correspondence that lasted well over a decade and culminated in our actual meeting - Christmas 1981.

I took the plane from La Guardia and changed at Denver. Denver was the first indication that America was different from New York. People walked about in Cowboy hats and childhood dreams whooped and hollered in a ‘yippee I hey’ I told you so voice.

The plane journey was quick and uneventful – three thousand miles measured in four small bottles of whisky and a plastic tray meal. I decided then, that however I spent my summer, it would involve immersing myself in landscape and space. The journey did however give me time to think on how families separate, the sheer scale of our correspondence – two attaché cases bursting with letters exploring all our mutual idiocies and aspirations – and now, in a matter of hours the two of us were at last going to meet.

I can’t put into words the excitement of landing in Seattle – how overwhelmed I was by the warmth of their welcome. Kathy hugged me, took photographs, hugged me again, and the talking began whilst her husband Rick, lean and laconic looked on, her children Kirsten and Garret grinning at all the excitement. They made me feel like a celebrity. Inside I felt like a fraud.

I imagine these pictures convey the experience better than words. 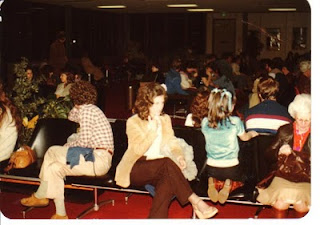 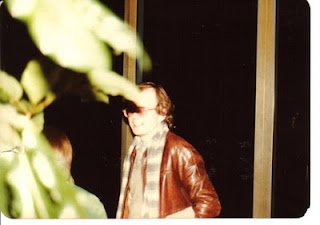 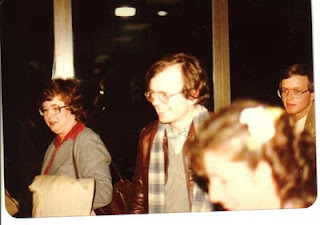 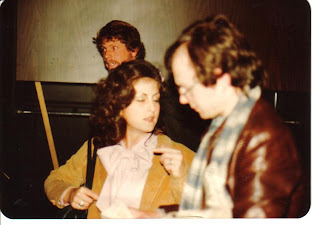 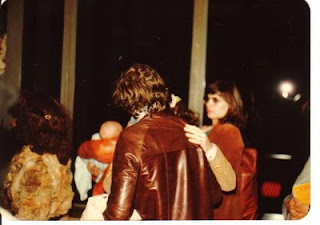 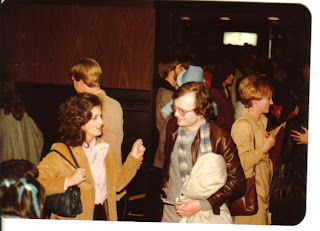 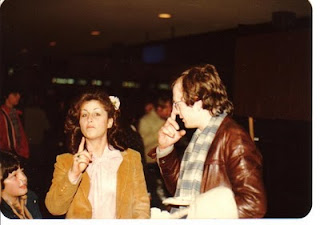 Meeting the rest of the family 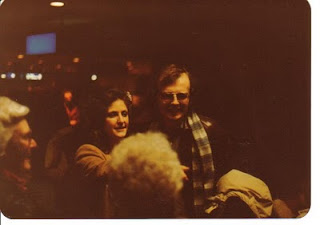 Meeting Kirsten, though it looks like I'm laying on hands. Whatever ailed her, I cured. 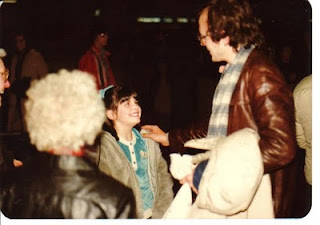