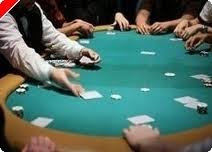 Would you believe it? There was war in the camp: hostility over dishwashing. I took refuge in the swimming pool, skirted the continuing arguments to eat four barbequed ribs, and, as tensions settled, played pool. Other than the great dish-washing war and possibly because of it, I missed – according to Roland – the definitive western sunset. Compensation was sought and found in a giant tub of banana daiquiri made by Roland whilst, presumably watching the sunset. Another large tub sat alongside, in reserve. There would be little sleep in the hours to come.

At ten pm we set off, travelling through Nevada by night, drinking and Casino-hopping until dawn. We stopped off at five casinos in all and the night became progressively more wild. Not only did we have an almost endless supply of Daiquiri, each casino we visited gave us a small book of five vouchers allowing us two free drinks and three vouchers to use on a small city of fruit machines.

The whole thing demanded constitutions of iron, but somebody had to do it. By dawn exhaustion over-took us all and I collapsed in blissful sleep across two seats belonging to a Elisabeth and her friend. These were two beautiful medical students from Paris. I liked Elisabeth. She called me ‘Fuzzy-face’ because of my unshaven appearance. I imagine she called me other names that night. 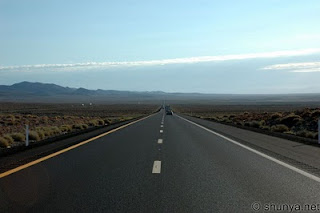 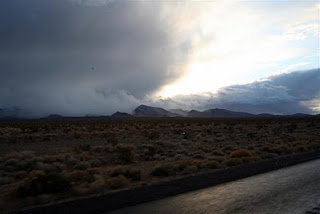 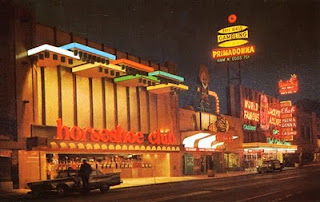 We breakfasted in Reno at a Casino called the Circus. It offered thirty six course breakfasts and as much as you could eat for less than two dollars. On each table were bingo cards so you could gamble whilst you ate, and, placed discreetly between the condiments, was another message reminding you that there were starving people in the world, and exhorting you to eat sensibly.

I was dining in the devil’s playground.

I left feeling exhausted, bloated and morally confused. Much like a reader of Petronius’s ‘Satyricon’, I trudged back to the coach, resolute on staying in camp that night, go no where, and eat no more food. Ever.

Camp was in a pine forest on the shores of Lake Tahoe. We swam, slept and sunbathed, allowing our bodies to recover, our minds to catch up. Greg, our tour guide tried to organise a group dinner in Reno that night, but my stomach rebelled. Instead I stayed in camp, took photo’s of the lake and observed how friendly the woodpeckers and chipmunks were, before going to sleep. Fuzzy-face had left the building.
Posted by Mike Keyton at 03:19

Ref: I imagine she called me other names that night.

Ah, when I hear that French voice of hers call me 'fuzzy face' I still melt.