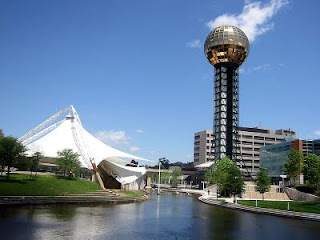 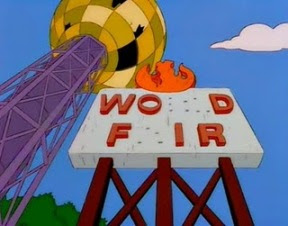 In the Simpsons, ‘Bart on the Road’ Bart drives to Knoxville Tennessee to see the 1982. World Fair. Unfortunately the guide book in their rental car is fourteen years out of date and the only operating attraction remaining is a wig store based in the iconic Sun Tower. When we were there it was busier, but that’s about all. Sunshine, and walking, coke, hot-dogs, and weird cultural artefacts designed to sum up complex civilizations for those with short attention spans. The Australian pavilion was the worst offender, leaning too heavily on out-dated images – cork-dangling hats and didgeridoos. The meat pies were good, the Foster’s lager less so. But hey, you don’t set up a pavilion in ‘World Fair’ to sell meat pies. 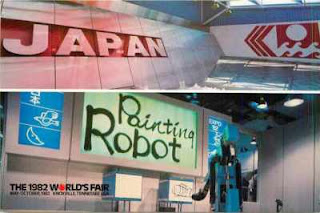 The theme of the exhibition was ‘Energy Turns The World’ and it drew in eleven million visitors. I saw touch-screen displays, and Cherry flavoured coke, boxed milk, and, in the Hungarian Pavilion a giant, automated Rubik’s cube with rotating squares. To me it seemed a great waste of energy – apart from the Bluegrass, which was brilliant. Meat pies and bluegrass. It was almost worthwhile. 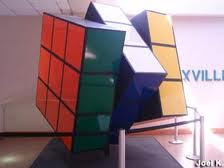 Mind, worse was to come. We spent the night in a 'Drive in Movie.' For me this was iconic USA, conjuring up Fifties America, Doris Day and rocking cars. Perhaps an unfortunate juxtaposition. The reality was different from imagined nostalgia: a Cheech and Chong movie on a small screen too far-away, and heard through scratchy headphones. And it was cold. Maybe the 1950’s weren’t that good after all.

That night we drove to Cherokee.
Posted by Mike Keyton at 02:05