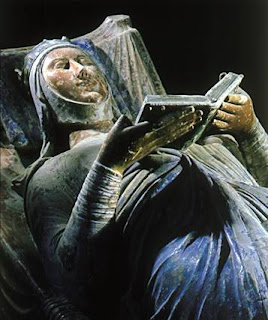 Would a kindle look as good?

When Ruth Keppel became the first person to win £1m on ‘Who Wants To Be A Millionaire?' my stock in the classroom rose, at least amongst Year Eights, for they, too, knew the answer. Eleanor of Aquitaine was the wife of Henry II, and that was the answer that won a pleasant, but previously obscure lady a million pounds. There was a point to history, then, at least one they could understand:

“We knew the answer to that, sir.”

“We could have won a £1m.” The logic was faulty, but positive at least; and positive logic has a very nice ring.

There is no real point in writing love-letters in Sumerian cuneiform, other than the fun of it, and perhaps in showing the limitations of this early form of writing.

What does it profit a man to know that though we'll never know the year Silbury Hill was built, we can be sure it was started in July sometime after three or more days of rain? Such certainty stems from the discovery of a preserved flying ant found in its base.

Who cares that the people of Madagascar, far from being ‘African’ are in fact descended from the Waq Waqs who, for reasons known only to them, sailed from Indonesia some time around the year 400 AD? Again we can’t be certain about the year, though we can, with reasonable certainty pin point the months between May to October when the equatorial trade winds blow towards Africa. Their small fleet of six man outrigger canoes would have taken a month to reach their destination, one based on hope rather than certainty. 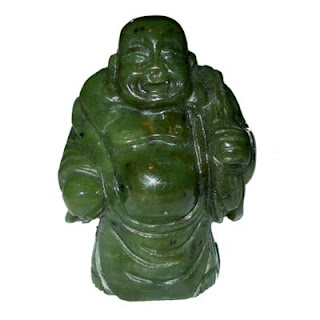 And why should we ponder the fact that had not the ancient Chinese had an insatiable appetite for a certain species of sea-slug, their ships wouldn’t have exhausted the sea-beds of a chain of islands that led like culinary stepping stones to the continent of Australia. A small jade Buddha was found in the roots of a Banyan tree in Northern Australia, and the aborigine, though complex, never contemplated Nirvana. No. In their search for a delicacy the Chinese discovered Australia centuries before Captain Cook, but because they had no use for it, they left it there.

Thing is, you never know what may eventually prove useful as Ruth Keppel found out and Chinese Mining conglomerates are finding out now.
Posted by Mike Keyton at 05:04

Wouldn't the archeologists be surprised if there was a Kindle in her hands.

The rag bag of an idle mind :)

Are you a history buff, Mike? interesting facts you have here. I think I would have lost in that game since I had no idea who Eleanor of Aquitaine was :(

Hi Claudia, I hope you've recovered from your fall. You'd have loved Eleanor of Aquitaine. A stunning figure but overshadowed by an equally charismatic husband. Henry 11 and the empire he held together was truly amazing.