Oh for an apostrophe 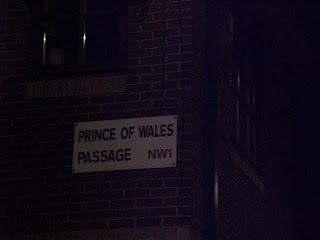 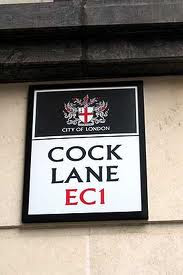 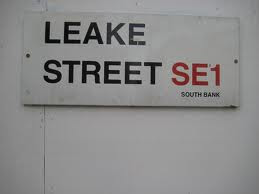 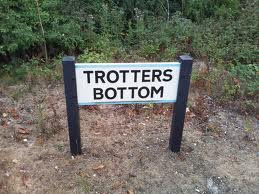 So many of our old street names were direct and to the point; they literally cut through the crap. London's Sherbourne Lane has been bowdlerised from the more accurate Shittenbourne Lane of medieval times. The lane ran alongside the River Bourne, which was an open toilet for much of London.

But if you truly want to savour old English in all its crude vitality, you can do no better than explore the origins of the very respectable sounding Grape Lane. This blog is aimed at those who appreciate the minor currents of history, rather than the prurient, never the less I have drawn the appropriate veil via the link. I suspect many historical novelists also have veils which they dare not twitch, but what really interests me is whether other languages past or present were so unashamedly explicit. 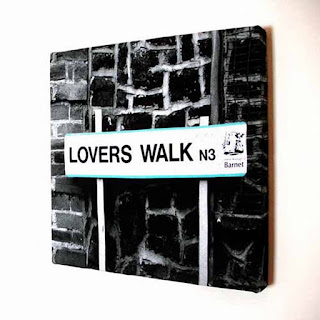 Gotta admit, these are very creative street names ;)
I like all of them, especially the last one. BTW, did you find one named Shakespeare Street? Just wondering ;)

For your next visit to London, Claudia :)

I'm endlessly amused by England's extremely literal place names. You can bet there's a fascinating story behind each of them. I'm pretty sure I passed a "Crotch Crescent" in Oxford this past summer, but we went by so fast I might have mis-read it.

Maria, explains what? I'm puzzling as to what peculiar characteristis of me, specifically, or the English in general, this explains : ) Cheeky Texan!

O_O I nearly swallowed my tongue at the last one. Can't believe that someone would put that on a street sign, but then, the Old English were very different from their descendants. And from the movies about them, for that matter.

I love these. My favourite was Butt Hole Road which never fails to amuse me. I think it was named after a communal water butt that used to be in the area. Sadly for us, residents objected and, after years of giving out their address as Butt Hole Road, got it changed to the totally boring Archers Way.

You're right, Misha. For medieval man, political correctness probably referred to the wrong or right sort of king.

Shirley, why do they do it? Another favourite street name of mine is in Brighouse. It's called Catherine Slack. Isn't that beautiful, evocate of God knows what