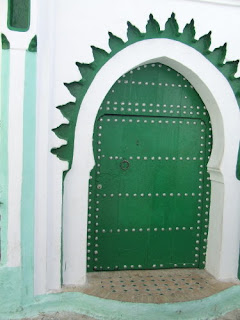 My motto has always been to open doors; kick them if they’re stiff. But what if there are no doors? My son achieved A* at GCSE A level in subjects such as maths and physics, Latin and Greek etc. He has an Oxford degree and an MSc in Library and Information Studies. And like a million others is now on ‘Jobseekers Allowance.’ The point is not that my son is particularly hard done by but that the phenomenon is so widespread.

As galling was the lack of courtesy shown by prospective employers who couldn’t be bothered to email or otherwise inform her she hadn’t succeeded this time. My son has had similar experiences from institutions that no doubt have a shiny little logo to advertise that they are ‘Investors in People’.

But what I love about New York is its energy, along with its ability to turn problems into solutions…of a sort.

They, along with other ‘over-educated’ and unemployed graduates, meet in a pokey, book-shelved apartment on the Upper East Side. They meet under the banner of ‘The New Inquiry’ edited by Rachel Rosenfelt, and with such a diverse and multi- talented, but unemployed group, the discussion is by turns frivolous and deep. The magazine has no end of contributions – though I must confess little enthusiasm for ‘Kanye West’s effect on the proletarian meta-narrative of hip-hop’.

The novelist Jonathan Letham refers to them as ‘…the precursor of this kind of synthesis of extra-institutional intellectualism, native to the Internet, native to the city dweller.’ Sounds grand. I would call it old fashioned savvy and ‘get up and go’.

Ambitious members of ‘city’s literary underclass’ ignored by the publishing establishment have gone out on a limb, emulating the literary salons of the 1920’s.
The New Inquiry is now planning to print a quarterly edition along with an iPad version for two dollars a month – and doors are starting to open. People are taking notice.

They may have not so much found but created a door that will lead to great success. Equally it may turn out to be a short-lived dead end. But, importantly, it is keeping the spirit alive.

“This is my fantasy: a room full of books, people talking about books — it smells like books,” says Ms. Chapman, the journal’s literary editor, though she also points out that at twenty five and with a good degree from Cornell, a master’s from Columbia, its galling to be unemployed and living at home with your parents.

Similarly, Tim Barker enjoys discussing ‘…ideas at an extremely high level, without worrying about status or material support of traditional institutions: publishing houses or universities.’ But he too points out that his ambition had been to be a history professor – and those doors are closing fast – not just sticky, but bolted and barred.

To paraphrase Earl Grey on the eve of the Great War ‘The doors are closing all over Europe. Who knows when they will open again?’
Posted by Mike Keyton at 02:56

When I was a kid, I could trip over jobs on a Sunday walk.

But those days are gone. My niece, who anticipated the downfall, started interning when she was a freshman. Years later, degrees and licenses in hand, she walked out of university and into the bosom of a big corporation and a well-paying position. Her chosen profession is finance, so maybe that gave her an edge.

I'm being nice to her. Maybe she'll consider taking care of me when I'm old and feeble. :)

For better or worse, finance is the name of the game. Good luck with your niece and the care home : )

PS the mysterious deletion was due to a typo. I'm becoming pernickety in my old age

The name of the game nowadays seems to be "create your own dang door" since so many doors have been locked, steel-enforced and booby-trapped.

I wish for success with that group's new endeavors.

I suspect some of them will

What a timely post! Over the weekend, I talked to some friends whose conversation echoed this very sentiment. Times have changed and we have to reinvent ourselves. If the doors don't open, then we have to make our own doors. ;)

Claudia, you're right, and I think part of the solution will lie in networking along with the 'get up and go' gene. The danger is if we begin to idolatrise this rare and elusive gene as the univeral answer, a panacea that distracts us from the misery of millions who clearly lack 'get up and go'. The problem, in this way, shifts responsibility from those who beneft from the system to the victims of it.

Jobs were plentiful when I was growing up. Basically, if you could spell your name, you could get a job. A job for life too.

It's true that a lot of people can reinvent themselves, but for how long? And what about those who can't? There can be few things more soul destroying than not being allowed to put those hard earned qualifications to good use.

You're right, Shirley. Reinvention only goes so far - unless you find a job in Disneyland : )