Blue Boy and the Black Monk 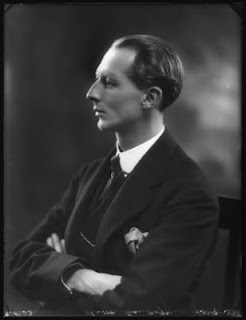 What do Queen Mary, Lloyd George, G K Chesterton, Popes PiusX1 and Benedict XV, Rudolf Hess, Herman Goering, the Black Magician - Alistair Crowley, and Mike Keyton have in common? We all have a connection, in some way or other, with Evan Morgan - an unassuming name but a most unusual man.

Evan Morgan, or to give him his full title the 2nd Viscount of Tredegar was born in 1893 and by the time of his death in 1949 had run a large and wealthy estate into the ground. Luckily he had no children to inherit the mess. That honour went to his elderly uncle Frederick who promptly sold the entire estate to avoid death duties. 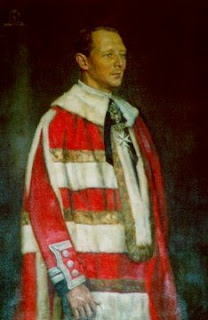 So far, so dry, but if his friend, Alastair Crowley, was the ‘wickedest man’ in Europe, Evan must count as one of the weirdest. An ancestor, Godfrey Morgan had buried his Sir Briggs, a favourite horse, in his grounds. The honour was deserved.  Both Godfrey and Sir Briggs, named after one of Godrey’s servants, had survived the ‘Charge of the Light Brigade.’ 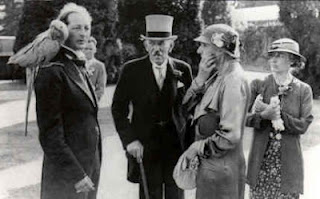 It is clear from the picture that Blue Boy has just said something quite ripe, but the two ladies could have experienced something worse. So, too, could Evan had things gone wrong. One of his favourite tricks was to have his parrot crawl up the inside of his trouser legs and unexpectedly pop out from his half-opened flies. In the early 1930’s he dined with Ernest Rohm, Hess, and Herman Goering, but his relationship with the latter soured when, on a later occasion, his parrot bit Goering on the nose.

Catholics are broad minded, and Jesus dined with tax collectors and sinners. But even he might have thought twice about Evan Morgan, though I am sure he would have laughed at the parrot. Evan Morgan was a confirmed occultist, even creating a ‘Magik Room in his ancestral pile, Tredegar House. His interest in the dark arts had begun in his youth, when, as the thirteenth member of the Black Hand Society he was known as the ‘Black Monk’.

Despite, or because of this, Evans was converted to the Catholic Church by the Bishop of Algiers in 1914. Evan never did anything by halves. He went to Rome to study for the priesthood, driving round with a portable altar at the back of his limousine and sending his valet to the lectures he should have attended. For fifteen years he was Chamberlain to the Pope but never let that get in the way of his ‘Black Magic’.

During World War II, Evans served in MI8 – monitoring carrier pigeons - but narrowly escaped a full court martial  in 1943 after letting slip secrets to…two girl guides. Miffed and nursing his wounds, Evans retired to his ‘Magik Room’ and invited Crowley to help him bring down a dreadful curse on the commanding officer responsible for his dismissal. 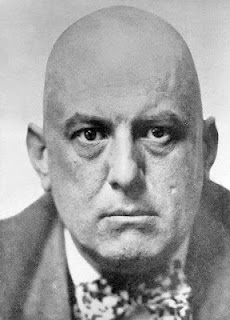 Details of the rite are sketchy but they were potent enough to scare Crowley and send him off running. Perhaps more significantly the offending officer was struck down by a serious illness only narrowly escaping death. Not bad for a Papal Chamberlain.

Not bad at all when you consider this Papal Chamberlain was also notoriously gay, entertaining male lovers in hotel bedrooms throughout Europe. The writer and aesthete Ronald Firbank rhapsodised on Evan, referring to him as ‘Heaven Organ’. Unfortunately neither of Evan Morgan’s two wives enjoyed much of Evan’s. ‘Heaven Organ’. His first marriage with the actress, Lois Sturt, ended in divorce. His second, to the stunningly beautiful Olga Dolgorouky, a Russian princess, ended, too, in amicable separation.

Oh…and my connection? I taught a lesson once in Tredegar House. By then a Girls School run by nuns. 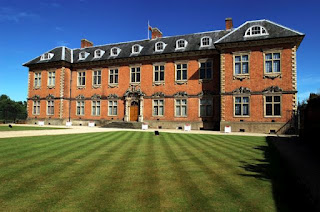 Many thanks to the links from where these photos originated.
Posted by Mike Keyton at 03:43

And here I thought you were going to tell me he was a far-removed cousin. He sounds fascinating though. Can't wait for the second half.

PS You tell the BEST stories. I would've loved to have been in your history class.

He sounds like such a character. As I was reading I had random images from Hammer Horror films flash before my eyes...lol. Can't wait for the next installment.

PS: I'm familiar with parrot bites so I can sympathise with Goering and understand why their friendship soured.

Wow...I'm sure there's no wonder how the man's estate ended up in the state it did. Sort of reminds me of a teen fascinated with that time of life and simply stayed there for the rest of his life...of course, wearing suits to fit his age as he grew older though it appears his mind didn't really mature.

DRC Goering - As I remarked ref Evan's trick of sending the parrot up his trouser legs - things could have gone dreadfully wrong. Firbank would have been distraught!

Angela, the interwar years, especially the 1920's were a fascinating time to be alive - if you had money. Western culture was in a state of wild ferment. Evan fitted the time.

I'm sorry, I got caught by the image of the parrot crawling up his pant leg and popping out his fly. What man is going to let a parrot - especially one who bites - get that close to...

Well, you know what I mean. Great story.

The best image is to me the foul-mouthed parrot. I saw one once. He used to perfectly imitate the sound of his owner cell phone, and as a habit he would greet people like: "Go hang yourself".

What a character! I can't wait for the next instalment. Will there be pictures of Soames the kangaroo? I love the idea of a foul-mouthed parrot. I always wanted one of those.

Shirley, that's the beauty of history - characters once as weird as you and I. All we need is a foul mouthed parrot and a boxing Kangaroo. I wonder why the marsupial was fond of the Forsythe Saga

Shirley, that's the beauty of history - characters once as weird as you and I. All we need is a foul mouthed parrot and a boxing Kangaroo. I wonder why the marsupial was fond of the Forsythe Saga

That's really an interesting piece of history. I find it fascinating that a gay occultist could become a papal chamberlain. ^_^

Oops, I never saw that comment, Misha. Apologies for the late reply. And fascinating? It's downright weird : )


Here are the details in case any of your followers is interested.

A new book ‘Not Behind Lace Curtains’ from author William Cross, FSA Scot, ( the controversial biographer of Almina, Countess of Carnarvon, and the instigator of lurid tales about other society women ) spills the beans on the toffs once again.

This time Cross extols on a British Peer of the Realm’s hidden world of illegal homosexual vice; he even sweeps one British Prime Minister with those involved.

The Peer’s favorite sport was chasing ”rough trade” [ rent boys], as well as celebrating Black Mass in Welsh churchyards, and near the Sussex Downs with disciples of The Great Beast 666, the occultist Aleister Crowley. In the end his luck ran out when his ‘right trusty cousin’ Queen Mary discovered compromising photographs of her family in the man’s company.

Do please pass the word on about the book's existence. The best deal to be had on any purchase would be to contact me directly. Thanks for the indulgence. Kind Regards Will