Dr Who. A short rant 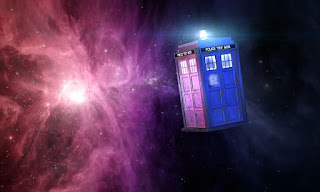 Some things stick in the mind; in this case a comic. It was black and white and showed a suspiciously handsome man, suave  in moonlight, and  showing a lissom young woman his swimming pool. She dives in and is  instantly transformed into bone. The pool is acid – comic-book strength. The villain chuckles and we see that he is mad and the moonlight shines on his cheekbones and those of the woman drifting in a black and white pool.

It was a bit like that in teaching. The bell went and you dived into acid – the classroom instead of a pool. You assumed a persona and then dived. This maligns the children I taught. None of them were acid, though some verged on the alkaline.

The comparison is inexact in other ways, too. In a real pool behaviour varies. Not everyone dives in. Most enter from the shallow end, walking slowly in cold water and extending their arms slightly, wiggling their fingers as though tickling  invisible butterflies. You couldn’t do that in a classroom…well, you could, but you wouldn’t last long.

But I digress. The point of this comic book memory is that the villain was male. In fact I can’t recall reading a comic with a female equivalent, luring lissom young men into an acid pool and drinking champagne in moonlight, savouring their screams.

This brings me to Doctor Who.

There’s been much speculation about a new dawn, its inevitability. A momentum is building. It’s time, they say…for a woman doctor.

Rip my childhood apart at your peril!

I’m fine with women villains, real villains - a Joker with breasts instead of the merely maladjusted -  eye-candy like Cat-woman. I’m fine with a female God, a female Pope, and to hell with John Knox’s ‘…first blast of the trumpet against the monstruous regiment of women’ But a line has to be drawn. And though, Katrina Monroe, I am sure, would make an exemplary Doctor it wouldn’t be Doctor Who.

This leads to an obvious question. Why are there no iconic women characters in fiction or film? I know there are a host of strong women characters, ranging from conniving minxes like Becky Sharpe to the almost iconic but essentially formulaic like Cagney and Lacy. But unless you count Miss Marple, who in my opinion almost makes it, there is no one in the league of say Sherlock Holmes. The reason why is fairly obvious, but the solution is not to piggy-back on an existing icon, in this case Dr. Who, but for someone to create a female icon. It’s about time. If not now, when?

In short, you can have Superman, and Super girl, Super boy, super dog and super horse, but you can’t have Superman changing into Super girl? Why stop there?

Doctor Who is a man – even when Peter Davison played him. I don’t want small pouty boys, Justin Beiber look-a-likes playing assistant to a matriarchal doctor. In a culture of one parent families and feminised primary schools, Doctor Who is one of the few consistent male role models on TV. Family TV that is. Besides, think about Captain Jack? He can’t be doing with women doctors. And neither can I…though not for the same reason.

Once this particular door has been opened what’s to prevent the same fate being visited upon Hercules, Robin Hood, The Lone Ranger, Champion the Wonder Horse? No, Doctor Who must stay male and for any who would tamper with this Divine Law I have just one question: Do you fancy a dip in my pool tonight...followed by champagne? Yes the water is still.
Posted by Mike Keyton at 05:18

I like Dr. Who as a man. I think the whirling Dervish act looks more comical with a man.

But actors are actors. There may be a great woman actor who can pull off brilliant and scattered at the same time.

I still miss David Tennant though.

I don't get it, either. For Pete's sake, Angelina Jolie is a veritable compendium of female super-heroines. Lara Croft, Salt, Mrs. Smith, and Fox. All decidedly feminine and all as capable as any male. Androgynizing male icons for the sake of PC seems just plain stupid to me. The quality of the actress is key, not the strength of the character she plays. I write strong women all the time. Cramming a female into a male role shows a certain lack of confidence, expediency. Men and women are different. I know because a Time article told me so. :)


But actors are actors. There may be a great woman actor who can pull off brilliant and scattered at the same time. I'm sure you're right, conversely Sir Ian Mckellern playing Buffy : )

As for David Tennant, Maria, once you start having favourites you can easy slip into the intense and unremitting dog-fight amongst Whovians as to who was the greatest Doctor. For the record mine is Patrick Troughton but I occasionally oscillate which is almost as funny as 'whirling'

Androgynizing male icons for the sake of PC seems just plain stupid to me. It's a game played by the 'chattering classes', Crash. But amending my original post, slightly, apart from Lara Croft who is iconic though essentially a computer program you also have Buffy, who is/will be iconic. Maybe Michell Geller can play James Bond and Daniel Craig play Buffy. : )

Agreed. Doctor Who must stay male. (Like Maria, I still miss David Tennant.)

It looks like you'll just have to create a female icon. :)

Are you familiar with the new TV show over here called Elementary. It's a contemporary Sherlock Holmes...and Watson is played by Lucy Liu.

(do I hear screaming from across the pond?)

Me create a female icon and have the sisterhood down on me? You must be joking, Shirley. I know, my logic is flawed. aka Buffy / Joss Whedon :)

Linda, I'm aware of this new heresy. Thin end of the wedge. Mark my words, in five years time Sherlock will be in skirts!