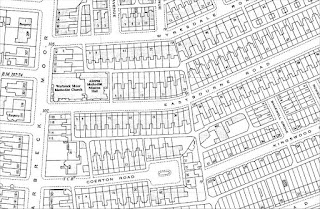 Liverpool is full of ghosts; these pictures only tell the half of it.
The map shows the streets of Aintree: sold, red-bricked, terraced.
The walk begins by turning right from Warbreck Methodist Church,
the roof of which often doubled as the Alamo or a Norman castle. 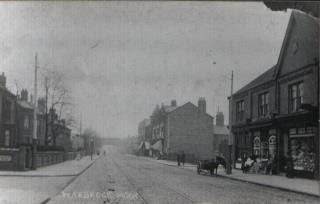 This is the road you would see. The horses and tramlines you
were told about by your parents, but you sensed them all around.
In the distance is the railway bridge that came in to its own on the
day of the races. 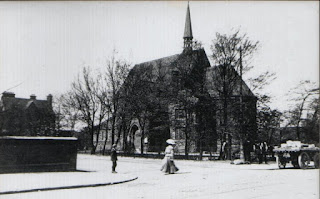 Talking about ghosts, this is St Peter's Church just a little
farther along, and on your left. Facing it on your right
(below) is Baker's Field and the bus stop. Follow the
woman with the pram. 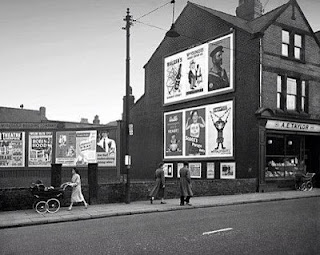 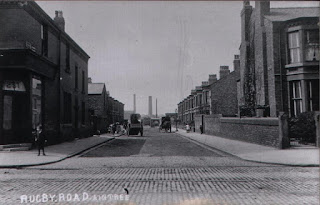 And Melling Avenue on your right. Those children might well be
our parents. 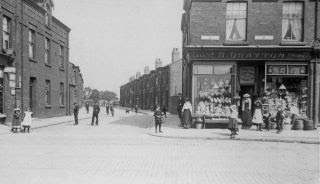 Below, it's time to look back. Somewhere in that distant haze
is Liverpool city centre - if you walk five miles or so. But we're
heading for the country where magic happened. 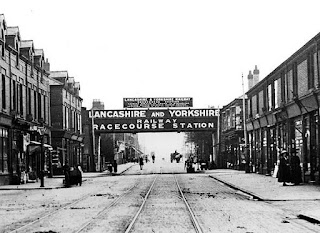 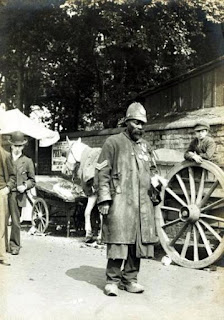 This is an old Tipster preparing his patch. He looks like a
veteran of the Boer War - where my grand-dad died. 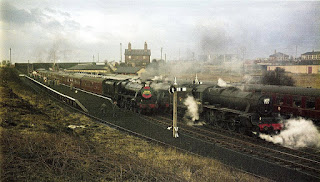 And these are the trains bring people into the Grand National
This is the day that Aintree cames alive, when the film stars flocked
and cars jammed the pavements in every street. 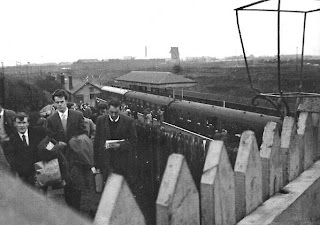 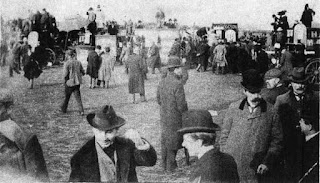 What did I say about ghosts? 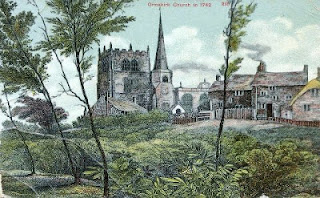 And magic, a five mile walk but we got there. Ormskirk. It could have been Parbold, the not quite mythical 'Ginger-bread' shop that you walked country lanes to find. Even Maghull (now built up) was magic enough with its small marsh and frog ponds

(with thanks again to FOOP) Further tours will follow in time.

These are really cool! Your post title is perfect too.
...what's a tipster?

Thanks, Maria. I don't know what you call a tipster in America, it's basically someone who advises or tips you on what horse to back. A later, more famous one than this guy was 'Prince Monolulu' who'd shout 'I've gotta horse! I've gotta horse'

You're right, Linda, there is a magic to old photographs - almost as potent as words, some may say more.