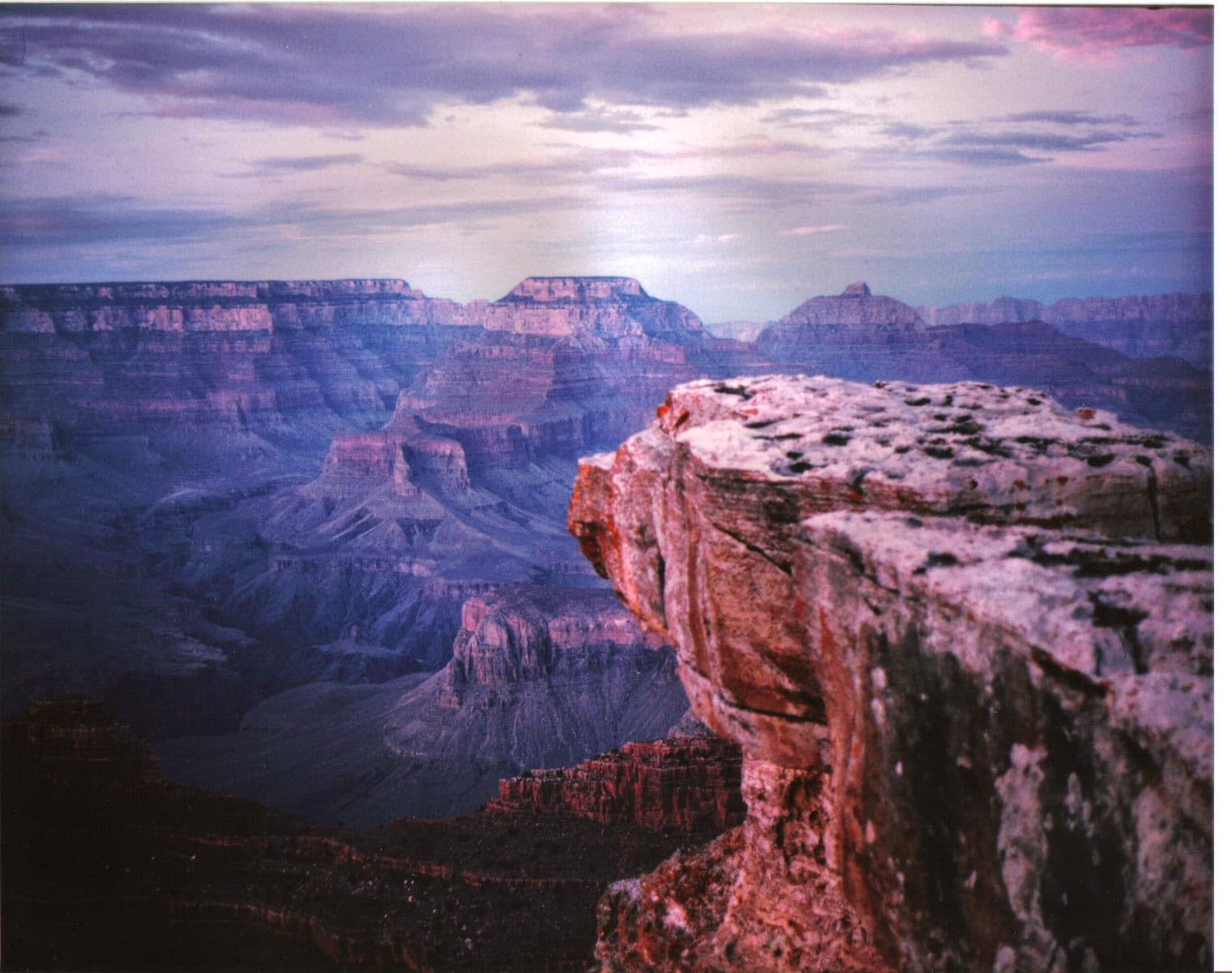 Something I read recently depressed me, perhaps by its inevitability. Never underestimate man’s stupidity and greed, nor his ability to dress it up as enlightened altruism. It was the Los Angeles Times that reported the story of R Lamar Whitmer’s plans to build over 2,000 homes with 3 million square feet of commercial space along the rim of the Grand Canyon. People have to live somewhere, right? Even if there’s insufficient water to make it morally viable.

Julie Cart, the source of the story, stressed how scarce water was, and the damage to the entire eco system as the existing settlement of Tusayan (even before the proposed new development) is steadily sucking the aquifers dry. She tells a good though stark story:  the park's resident elk herd recently figured out how to operate the Grand Canyon's new water faucets and began serving themselves. The situation remained an amusing photo op until a young elk pair began to vigorously defend the water fountain, chasing away tourists. Obviously the answer is to cull the elks and bring on the gondolas.

The ‘altruistic’ gloss on the developer’s plans. A ‘gondola’ will transport punters to the canyon floor, transforming a ‘drive-by wilderness experience” to one accessible for the ‘average person.’How nice.

So the ‘average person’ can’t walk down the Grand Canyon and back up again. Well I was an average person in 1982 and one who over the previous few weeks had been mainlining alcohol on an Aventours trek of America. I’d classify most of my travelling companions as ‘average’ and yet we all walked down and back up on a searing hot August day.

I moved on to another discussion on the same topic, the author looking at the pros and cons of the gondola idea:

Returning to the top on the same day is…possible, for conditioned athletes…. Well, hush my pup, a ‘conditioned athlete’ eh. I read on already feeling a foot taller:  When I visited last year, there was a signboard on the North Rim with a picture of a woman on it. The sign said, "Could you run the Boston Marathon?" The basic message: the woman pictured had run the Boston Marathon. Then she came to hike in the Grand Canyon, misread her hiking route, underestimated the amount of water she would need, and died out there on the trail. The sympathy was there, but also a feeling of naked heroism. I had walked the Grand Canyon. Why the hell had I missed out on the Boston Marathon? ‘They don’t even make the mules go down and  back up in one day…’ Hmm not too sure what to make of that comparison. From hero to mule. But then again mules are carrying deadweight humans and have to do this every day. For us it was a once in a lifetime experience – a watered down experience (irony warning) for future generations. In Dylan’s words, ‘Money doesn’t talk it swears’ Or as Kevin Ayers put it:


It begins with a blessing
And it ends with a curse;
Making life easy,
By making it worse;

I saw Kevin Ayers stoned and almost falling off the stage - him not me. It was in Swansea. This performance is in France. It's well worth watching but skip the first minute or two of some execrable French.

I don't understand how anyone can build any homes on government land. I was under the impression it was illegal. He's got to be farther away than the rim.

Of course, the big question is water. The resources available simply can't sustain that kind of population. Someone's not looking at the big picture.

That is ridonkulous, but it doesn't surprise me after having experienced the epic waste of resources, nature, and human life that is Las Vegas. 'Murica!

Maria, sorry for the slow response. Ref govt land there seems to be some wriggle room via city ordinances and tribal lands. Here's a quote from the los Angeles Times article:

Thwarted for more than 20 years by a number of issues, including lack of water, the developers led campaigns to incorporate Tusayan as a city, giving it control of development within its boundaries, and to elect city officials who either work for the developer or a partner. And here's the link to the article.
http://www.latimes.com/nation/la-na-grand-canyon-20140706-story.html#page=1

Jeanne, I was in Las Vegas for two nights. Glad it wasn't more but for a surreal experience of modern Babylon it was definitely up there.

If you have a moment I give a blow by blow account of it here:

I think of the inevitability of this happening - driven by the all-mighty dollar - and I just feel sad.

I hope you're wrong, Linda