There are fairies in my garden 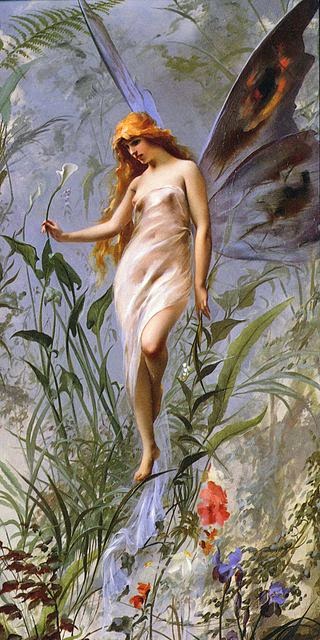 There are fairies at the bottom of my garden. Well, may be not. Then again why not? Monmouth seems to be the epicentre of witch-lights and fairies, though admittedly sightings have been down of late.

Cusop is a small village adjacent to Hay on Wye. It has an ancient church, a castle mound, and apart from a few houses, that’s just about it. Except for the sightings.

In 1912 Mrs Leather wrote: "Fairies have been seen dancing under foxgloves in Cusop Dingle within the memory of some now living there." And witch-lights wherein the whole landscape has been lit up have been reported in the late C20th.
Cusop Dingle, courtesy of Tim Heaton Geography Project 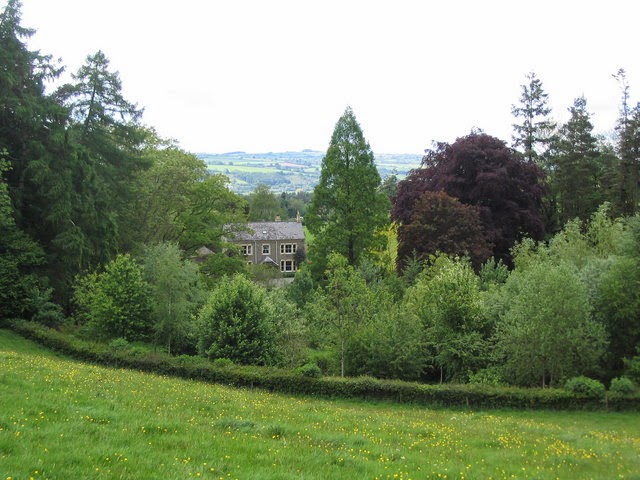 But it's the fairies that grab me, along with sightings well into 'modern times'.

“A story used to be told of one little old fairy woman who was known to visit Monmouth Market with a basket to buy things. No one knew where she came from or where she went, although she was always watched very closely. Her eyes were white as was her hair, which was arranged in an old fashioned way.” This was reported in the South Wales Argus in 1936 though there is an earlier account in 1905.

There are many accounts of fairies dancing. On the whole they preferred the dry, light ground beneath oak trees but they were not averse to barns. Rees John Rosser from Hendy in the Parish of Llanhilleth lay to rest in some hay after feeding is oxen. After a time he heard music coming from the barn and when he went to investigate a fairy woman gave him a tasseled cushion to sit upon and allowed him to watch the fairy dance.

More usually they invited humans to dance with them, though their dances tended to go on…

Edmund William Rees returned from such a dance only after a year had passed. He was lucky. Some never came back.

In 1905 Beatrix A Wherry told of fairies dancing in Trellech. Two men were walking past a meadow called Pontcwm at Midnight and saw fairies dancing around a tree. They joined in the dance until, without warning, the fairies and one of the men vanished. The other man scouted around and found nothing. When he returned home he was accused of murdering his friend so he returned to the tree the following night. There was his friend, large as life, still dancing with fairies and not wanting to come back. At last he was persuaded to do so just to prove he hadn’t been killed - but just for one day, he said. The following night he vanished again and never came back.

In Trellech the fairies came from underneath toadstools to dance at the Parkhurst rocks nearby, and drank water from harebell cups. This is one of their favourite dancing spots
St Annes Well Trellech 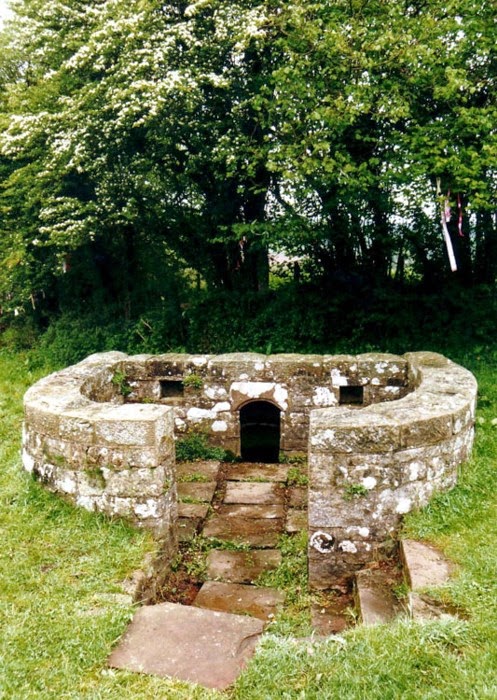 When a farmer cut out the discoloured turf where the faires danced he found that he was the only one in the village who was unable to draw water from the well. When he restored the turf the fairies relented.

There were also fairies sighted at Llanover near Abergavenny, Basseleg in Newport.  In fact there are so many reports this post would be as long as a fairy dance. The high-lighted links have some great pictures, though one of the links (you decide which one) suggests the author has been touched by the fairies.

In the late C19th one of Lady Llanover’s gardeners told of servant girls sweeping the floors clean every night and then strewing them with bread crumbs for the fairies before retiring to bed.

But God help you should you treat them unfairly. When John Rhys visited Llanover in 1885 he was told of the servant who left a cup of milk and some bread on the hearth every night for the fairies. One night he decided to play a trick and urinated in the milk. The following morning the cup was found across the room, its contents staining fabric and curtains. That night the servant was warned by the fairies that because he had wronged them, they would be revenged on him and his descendents. Henceforth to every generation would be born an idiot child.
So be warned. Feed the fairies at your own discretion, but never urinate in the milk.

For anyone who wants to read more, there is Alan Roderick's excellent book The Folklore of Gwent
Posted by Mike Keyton at 04:05

Why are fairy sightings so common in Europe? ...though I suspect it might have something to do with the local consumption of alcohol.

Whatever you people are drinking, I'd like to try some. We have nothing that enchanting here.

I have no problem with believing in fairy sightings. And should I be lucky enough to be visited one today, I'll be grateful for these instructions.

Maria, you're right. Plum wine and strong beer. But never together. Then the head-ogre comes

Linda. You're not going to urinate in milk. Then my job here is done :)