Two things caught my eye this week, one of which I have mixed, feelings about - some bordering on the hypocritical. Complaints were made in Nottingham about children playing football in the street. The council issued letters to parents in the street, warning of a fixed penalty £100 fine if it happened again. Local residents had raised complaints about balls hitting their cars and windows.

Hypocritical? Very much so. As a Liverpool kid, but lousy at football, I and everyone else in the street regularly kicked a ball against a  fat red wall that was the side of somebody's house. I marvel now at their tolerance, along with everyone else in our street that experienced 'The Alamo,' 'World War II' and several Indian uprisings every weekend and holidays. Now, when a ball is kicked near our car or tender plants, I stare miserably out the window, torn between memories and the urge to chastise.

The other, related piece of news, poses no moral dilemma. In fact it makes me despair as a parent, ex teacher, and one who benefited as a 'free-range' child.

Plans have been put forward to introduce a nine hour school day and reduce school holidays from 13 to 7 weeks a year.

The Government adviser argues it will transform the lives of British households. Damn right it will. Those residents of Nottingham would be happy, and Mr Gradgrind would be popping champagne corks with talk of preparing 'children for the world of work by getting them used to full days.' It's probably no coincidence that this particular adviser is also a partner in the Accountancy firm of KPMG. In Oscar Wilde's words: one who knows the price of everything and the value of nothing. I would also suggest he is delusional when he declares it would be 'popular with teachers.' It marks the triumph of those who value 'meaningful activity' over 'boredom,' and further weakens 'family' allowing parents to work longer and children to come home in darkness but in time for bed.

The pictures below illustrate what a 'free range' childhood in Liverpool entailed. 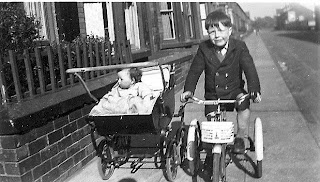 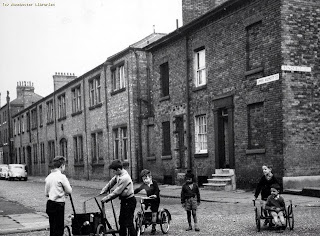 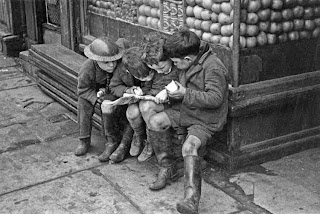 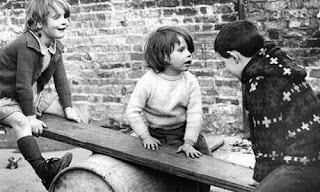 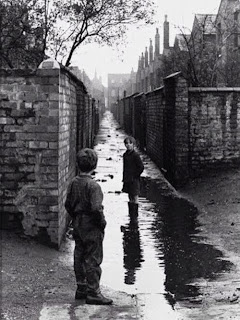 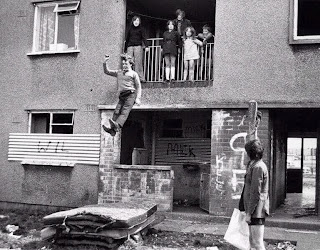 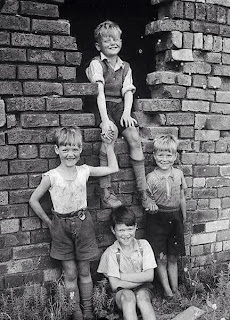 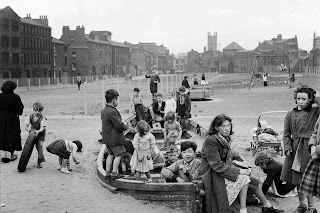 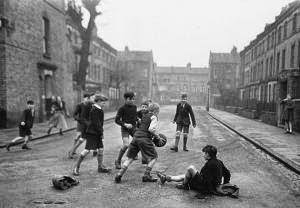 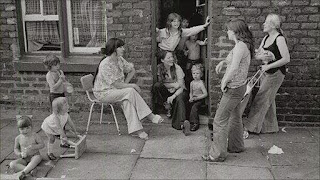 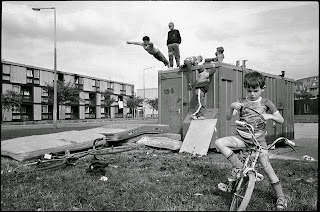 Those photos remind me of the show, Call the Midwife.

I remember playing in bulldozed building rubble and in the courtyards of strangers' homes. As an adult I'd probably have kittens if any kid decided to use my property as their playground, so quick to forget I did the same at their age.

Sorry for the late reply, Maria. There have been a few complications recently. But to your point, it was great when the whole world was an adventure playground instead of the colourful but sanitised and safer playgrounds we provide now. Safety is good. It also limits.

I love the photos! Are you in some of them, Mike? I see mostly boys--were the girls expected to be not-so-free-range? We lived on the edge of a forest, but we did have neighbors, so we played in our yard, the neighbors' yards and in the forest.

Jeanne, sorry, no. I'm in none of these things. And no, in our 'gang' girls were as wild as the boys.