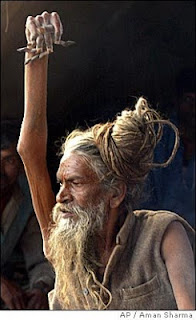 Just looking at those nails gives me nightmares too.
Do you find sleep, or does sleep find you? It’s a bit like Hide and Seek when one of the players refuses to hide, or else hides so well he or she is not found. Going to sleep is one of the great pleasures of life, the ultimate escape, and with the radio on murmuring the News, I’m usually off within ten minutes.
It’s that waking up in the small hours, that’s where the problem lies. Twice a week I’m up at 5.15 for the early morning swim, otherwise it’s a six thirty call. So what happens when you wake for no reason at say 3 a.m – or worst of tortures 4.15 and you think to yourself: can I find sleep again before I’m up in an hour’s time?
Can I find sleep?
Like hell I can.
It’s there somewhere—in the shadows—the ensuite—under the duvet, malicious and all-powerful.
Sometimes I think of the novel I’m working on. What’s going to happen next? I have no idea – the sheer unfathomable mystery invariably sends me to sleep; but now my mind wants to engage, it’s taking me seriously, and it’s the devil’s own job to shut it down again.
Sometimes I deconstruct my body, imagine its atoms whirling in beautiful patterns, the vast spaces separating every nuclei and proton, the fact l’m more air than flesh, resting on air, sinking into strange, warm mattress-y patterns.
But then I get an itch on the edge of my non-New Age nose and it’s back to the flesh, scratching the damn thing. Minutes tick, an owl hoots, occasionally a cat or a fox yowling not hooting. Dogs are remarkably quiet at night, presumably masters of Zen. They know how to sleep.
I look at the time. Ten minutes. It seems like an hour. I think of shopping lists, lists of all kinds. Lists I never imagined making, and then my mind quietens. . .
This time it’s an ear.
Sometimes I lie on my side and stick my right arm up into the air like a deranged Yogi or anchorite. It’s always the right arm, never the left, and that gets my mind going as to why that is, and so the minutes tick by. I have no idea why I stick my arm up. I just find it strangely relaxing, the acceptable face of Yoga for those who can’t sleep.
Thirty minutes before the alarm I’m just nodding off to sleep, nose and ears for the moment quiescent; and then the bladder coughs politely: ‘I think you’ve forgotten about me.’
Ignore it.
It persists, a low, whiny nag: ‘I’m not going away, you know.’
I succumb to the inevitable but little comes out. It was just playing games, wonders why I can’t take a joke.


Sleep wonders that too, as it covers me in darkness minutes before the alarm.
Posted by Mike Keyton at 04:48

As someone who hates to let things go, sleep is always hard to come by, but less of a problem since I retired. I still fret about this to-do list or that, but hey, I'm retired. I can afford the luxury of sloth occasionally.

Greg, on the other hand can fall asleep anytime, anywhere. He worked shift for 40 years so I'm sure that has something to do with it.

He plays into my insomnia too. I need my environment quiet. Once he starts serenading me with snores, I know I'm in for a long night.

Don't mention the snores! My Nirvana is Bernadette's Hell

I enjoyed reading your article. Please make more interesting topics like this on.
I'll come back for more :)

From Japs a researcher from Beddingstock gel memory foam mattress