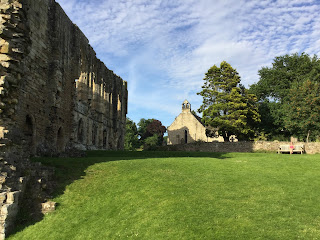 Easby Abbey and the church of St Agatha

Richmond is famous for its legend of the ‘little drummer boy.’ So famous that I’d never heard of it before going there and inadvertently following his trail.

The story is both simple and tragic. In the late C18th soldiers garrisoned there discovered a hole in the ground near the castle and what looked like a tunnel. Being too large to squeeze into the hole they dragooned their drummer boy who was sufficiently small and thin to squeeze through. They passed his drum down and told him to explore, banging his drum as he went.

They followed the sound of the drum out of Richmond through Frenchgate and along the River Swale. Just half a mile from Easby Abbey, the drumming stopped and the boy was never seen again—just the sound of his drumming on cold winter nights. The short six-minute video is worth watching.

The photos we took along the walk are quite good too, especially those of the Abbey and its adjacent church of St Agatha with its incredible medieval frescos.

One passing thought. It was believed that the tunnel was an escape route for the monks of Easby Abbey from marauding Scots. One presumes they were pygmies to squeeze through a hole barely big enough for a drummer boy, either that or there’s another entrance lost or bricked up. I have no intention of finding out in case I come across these two and hear the ghostly strains  . . . 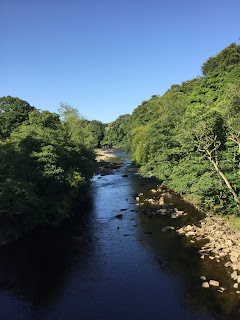 The path followed the river Swale 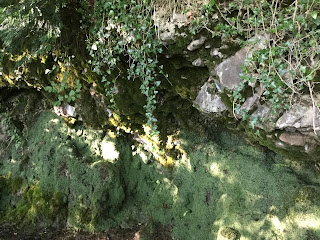 Lichen and rock on the path. For those who grew up with Rupert Bear it looks exactly the kind of place you'd expect an elf or a pixie to pop out, so I waited, camera poised until my wife told me was being silly. Who am I to argue? 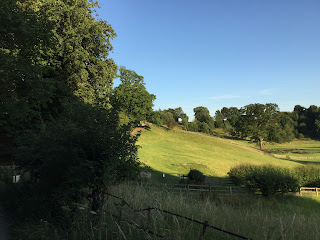 The path of the drummer boy roughly followed the river Swale. 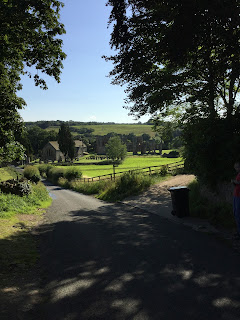 And he nearly reached the Abbey, but not quite. A landslide, or something more mysterious, we don't know. 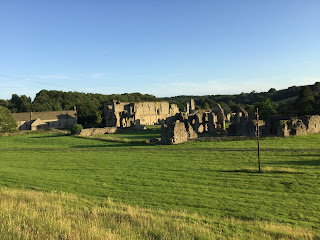 Easby has a long history. It is said that St Paulinus baptised Saxons in the River Swale in 672 AD and that a Church was built on the present site as early as 700 AD 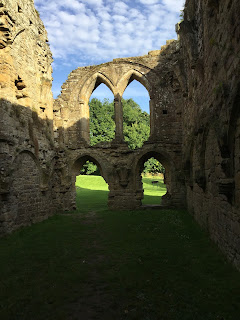 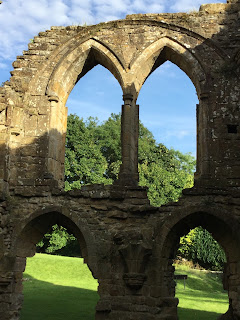 It really is a beautiful spot. Below is the Church of St Agatha. 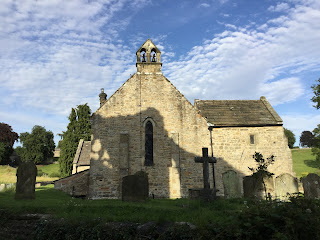 And its Frescos that aren't really frescos 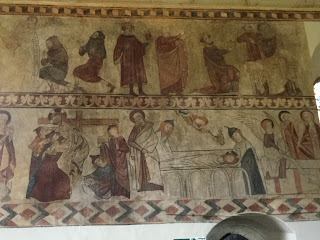 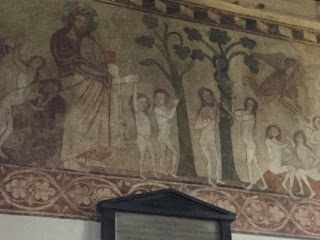 They were executed using the secco (dry technique) whereby the colours were added on to dry plaster. A Fresco used the 'wet' technique whereby the colour was added on to fresh wet plaster which worked in dry climates but rarely used in Northern Europe. These paintings predate the Florentine, Giotto (1287 - 1337) and the Sienese master, Ducchio (179 - 1317) So there!

The drummer boy legend is so sad. I wonder if it's true. Legends have a habit of having at least of kernel of truth to them.

I've often been tempted to paint on my walls. Fortunately, laziness prevents me from getting up on a ladder unless it's to replace the batteries in the fire detectors.

Your photo really did turn out lovely. Such a beautiful spot.

We live on a beautiful planet, Linda