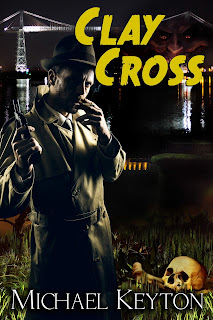 I’ve recently been working on a screenplay of Clay Cross – in fact I’ve just sent a sample off to a production company. I believe they’re called Spec scripts. Two things emerged from the process, one good, the other problematic. On the positive side, because a script focuses so much on dialogue, it highlights where the dialogue in the book could be sharper. The problem lies in the visual especially in the present climate of #MeToo.

Clay Cross is a turbo-charged version of ‘Life on Mars’ and Alf Garnett, Micky Spillane and every Noir pulp/B movie rolled into one. 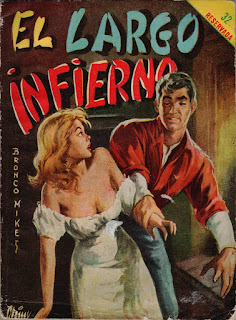 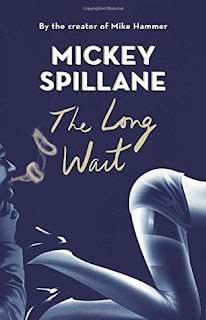 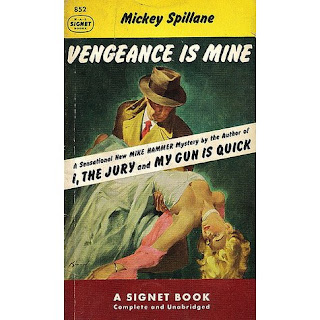 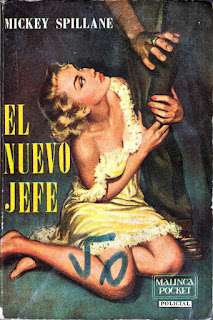 Clay Cross then  is a comic composite—comic because he is out of his time – no longer operating in late 1940’s LA but Newport Wales in the Nineties.  In this context, his misogyny, homophobia and racism – ramped up to an almost psychotic degree —are seen as laughable as opposed to something to emulate or admire. Cross—a monster in his world is comic in ours.

That is the theory, but does it work in his treatment of women, the saint or the whore syndrome. In the book, I think it does, because to noir afficianados the tropes are fairly recognisable, and words, too, allow the reader to distance themselves from the real thing. Words allow subtext and mockery.

A film though. There is the problem. The two passages below for example. The words are taking the piss out of Cross. But seeing it on screen? Some have issue with this classic Lauren Bacall song in the Big Sleep, and she is just singing about it. So the issue is: do I cut those two scenes completely? Should I cut them, or is there a visual compromise?
Any ideas or feedback?

Source A
“I’m no good for you, Clay, honey. Della Peach has a heart of stone.”
What the hell, I thought. Prinz has taught her mind-reading!
“She’s nothing but a good time gal, Clay. She’s not your type - kind, straight, honest…decent. Never was. But you knew that, Clay. Guess that’s why, mebbee, you found me interesting.”  She closed her eyes and exhaled a perfectly executed smoke ring that hovered momentarily between us.
So now I knew. Della became part of the greyness. Dead. Finished. But Prinz was still out there. This much Della owed me, and I gave it to her straight.
“I want the low down on Prinz, baby!” I snarled. “And while you’re at it, what can you tell me about some punk brother of a one-time singer that worked here- name of April Dawn?”
Della smiled, sphinx-like. “And if I open my mouth too much, someone a little less wholesome than you will be down it like a shot, asking me other questions -like where I want to be buried?”
Time for the old Clay Cross treatment. I took her hands, warm, pale and smelling nice in mine. We stayed like that for some time. Somewhere in the distance music played. I gazed into Della’s eyes, wondering if they saw a world different from mine, gazed at her lips, warm red and lascivious with the untamed sensuality that dominated every treacherous ounce of her 36-22-35 inch frame. I studied a face that still shone with the unearthly beauty of a pale rose seen at dusk. My fingers ached to stroke once again the fine dusk of her hair which framed in wanton ringlets her poisoned pulchritude. Behind her beauty lurked the insatiable serpent that gorged on the desires of man.
“It’s your eyes, Clay.” Della breathed. “When you look at me it makes me realise that I’m not only a lady, but…a woman.”  Long, dead, wasted years in the pen with just hardened hoods to practise on and the old C. Cross magic seemed as potent as ever it was. I smiled.
And I punched her straight and hard in the face. Knuckles, teeth and lip coalesced in one cataclysmic sensation that meant one thing. Satisfaction. She staggered back out of her chair and into the corner where I wanted her.  She raised a wondering hand to ruined lips. Her eyes blazed.
“You bastard!” she breathed. “You great, big, beautiful bastard!” I punched her again, keeping in time to the crazy music swirling around inside my head. As far as anyone else was concerned this was just part of the cabaret. I wanted to punch her for every stinking year I’d spent in nothingness, but I still needed Della’s mouth, intact and in working order.
“Play it straight, baby.”  I snarled. “You know me. This is Clayton Z. Cross. We grew up together. Play it straight for once, Della. Play it smart.”  I was angry.
Della was learning the hard way. The way she liked it. She nodded, smiling faintly in the gloom.

Source B
I guess I owe the army for three things; like for training a killer; for giving me a partner in the form of a screwy left eyeball with a mind of its own, and finally for leaving me enough severance pay to set myself up in business as the best Private Eye in L.A.. And just now I was in business again.
There I was reading the obituary column for fun, and then I guess my friendly eyeball came over slightly bored. It wandered... knowing my taste in dames... and struck gold. 36 . 23 . 36 carat gold. She was beautiful. She was woman. Hell she was dynamite on a very short fuse. My fingers made for the matchbox and squeezed tightly.
Then I saw the dame was in trouble. Leastwise, some crazy ape was slugging her, and slugging her good. She was moaning, small soft animal noises that meant pain. And her head spun from side to side with every bestial punch he laid into her.
Something inside of me burned. Hell she was beautiful still, despite the savage red weals showing up like traffic lights on an otherwise rose soft complexion; lips split and bloodied and one eye slowly closing. Migawd ! She was beautiful! And the punk doing the damage was as versatile as hell.
A fist had grasped a bundle of her soft and darkly perfumed tawny hair, with flecks of gold, and now in wanton disarray. He was jerking, and jerking hard, forcing her head farther and farther back. Her lips writhed, foam-flecked and taut in understated agony; veins stood out on a delicately sculptured neck that seemed on the point of breaking.
I eased a finger around my collar that had become just a little too tight, and I put the paper down and drooled. Her body was built for action... and it was getting plenty. I said the ape was versatile. He was a real bundle of tricks. A trouser clad knee jerked brutally upwards and honey-pie collapsed like just the most beautiful rag doll in the whole goddamned world.

With MeToo arrows flying from Gatling guns, you're in a pickle barrel.

Not that there aren't some legitimate gripes, but there are also, I think, people who just want to stir up dust where there is none.

I can't advise you. People are unpredictable, none more so than than now.

I am very fond of the pickle barrel. Thanks, Maria. Ref the Chinese curse 'we live in interesting times.'