Hampton Court - no - not that one 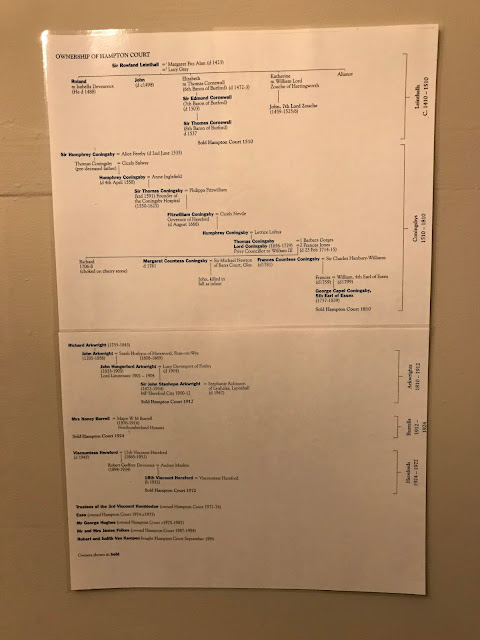 I'm a sucker for family trees, deeds of ownership, lists of rectors found in old churches. The ownership of Hampton Court Castle at Hope under Dinmore on the River Lugg, is particularly interesting. For much of its life it was held by two families: The Leinthalls, mentioned a little farther down, and then ten generations of the Coningsbys. In 1690 at the Battle of the Boyne, Lord Coningsby, Lord Lieutenant of Ireland staunched a bad shoulder wound of the king, William of Orange. The bloodsoaked handkerchief was kept by the family in an ebony casket, which is interesting because a later owner also had his own collector's item soaked in blood.

But back to the prosaic.

The house was next sold to the 'richest commoner in England' —the son of the great Richard Arkwright, he of the 'Water Frame' who revolutionised the cotton industry and caused much heartache amongst school children.

I remember it well,  how their little eyes lit up on being informed Arkwright's  new spinning machine could spin 96 strands of yarn at once and how, with  Jedediah Strutt, he created the factory system with unskilled labour and power driven machinery. I swear several would have happily exchanged places with the unfortunate child labourers than be forced to learn such nuggets of gold.

In the C20th the house fell on hard times. Nancy Burrell from Northumberland bought it, largely for its fishing, but when her husband  died in the first year of the Great War, Nancy lost interest, volunteered the house as a war hospital, and sold up in 1924.

It was owned for one year by a petrol company - Esso - and then enjoyed a period of stability in the hands of the Van Campen family. Robert Van Campen wrote four interesting books, founded one of the greatest collection of Biblical scripts including a 1537 Bible soaked with the blood of its martyred owner.

The Cloisters over six hundred years old. The stags staring accusingly for all eternity 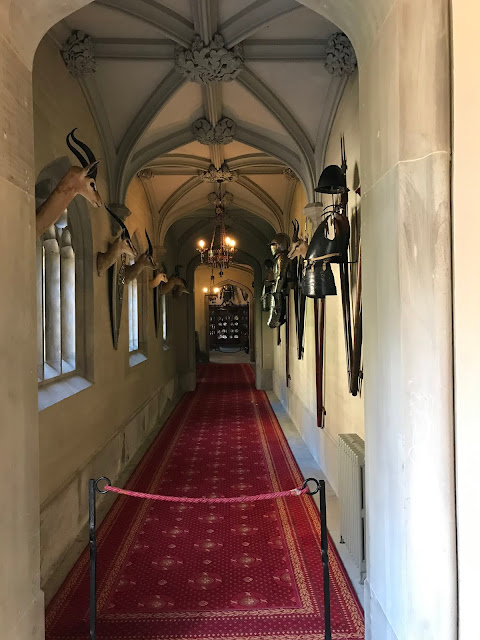 Turning left at the end takes you into the Courtyard and the Great Tower, one of the oldest parts of Hampton Court. Built in the early C15th by Sir Rowland Leinthall, knighted by Henry IV.

Leinthall won further favour after contributing twelve mounted men and 36 of the famed Welsh longbowmen to  Henry V, victor of Agincourt,  and was in such favour with Henry VI he was allowed to crenellate his fortified house. 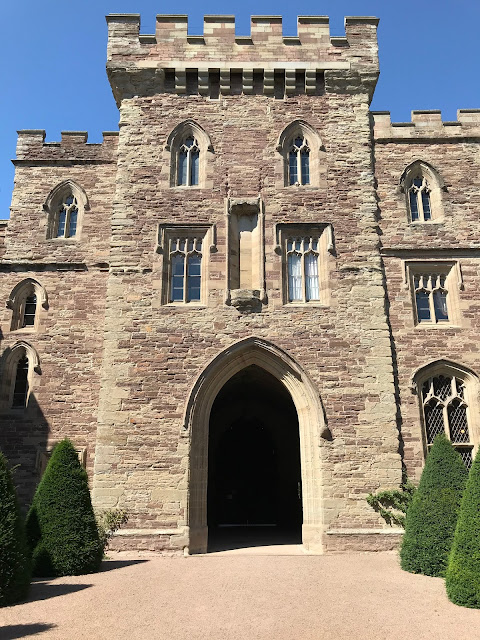 The Coningsby Hall essentially built by the Arkwright family in the 1830s using much of what was already there. The large marble mantelpiece is about 300 years old and built for Lord Coningsby who, as a family, owned Hampton Court Castle from 1510 to 1810. The weaponry here is largely Indian. The great spiked ball hanging from ceiling came from an Indian fortress and was used against attacking elephants, The stag? Well the stag is just puzzled. What am I doing here? 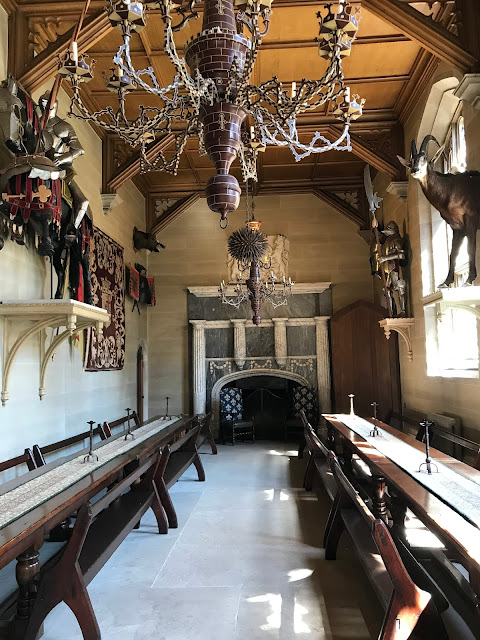 The Chapel, originally private and Catholic during an era of persecution. Many of the stained glass windows were sold off in 1924. I'm guessing death duties and the privations following World War I. Note the ornate and beautiful ceiling. 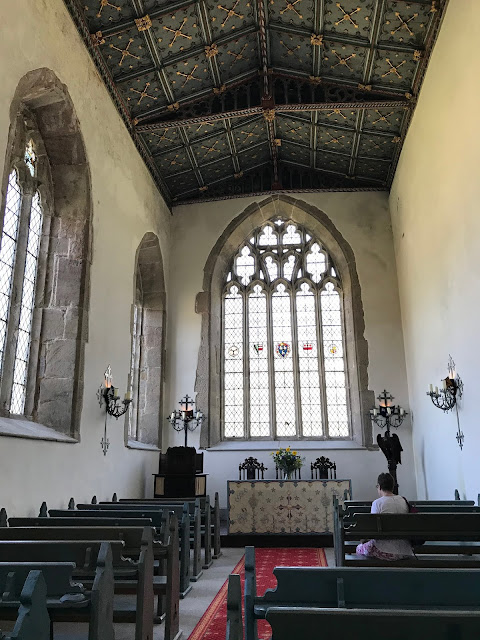 Well, part of the ceiling. No explanation given.  Perhaps some of that was sold off too. 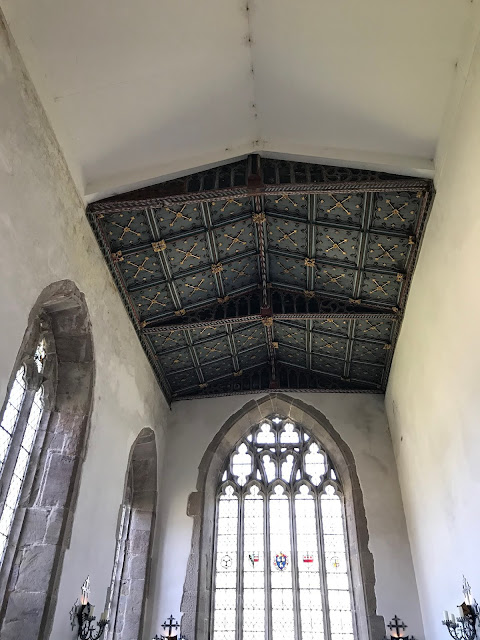 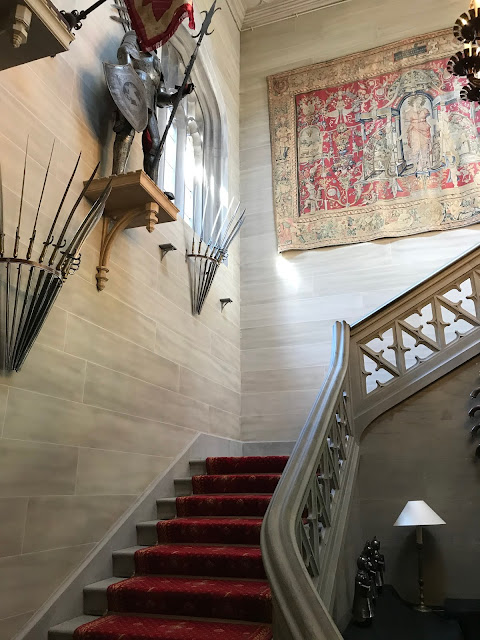 A nice bit of artistic kitsch 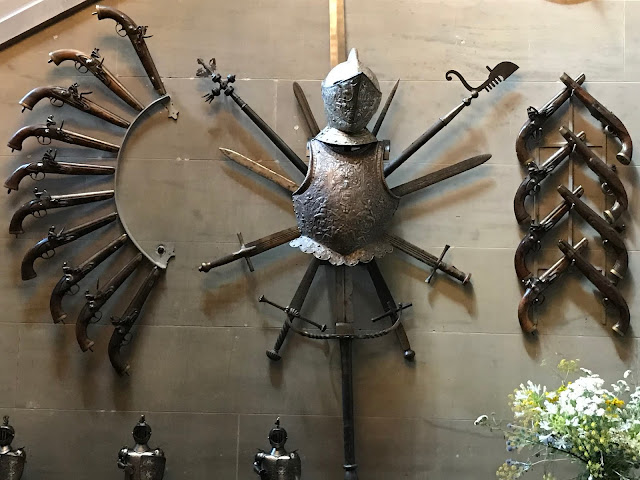 A rather fine chair 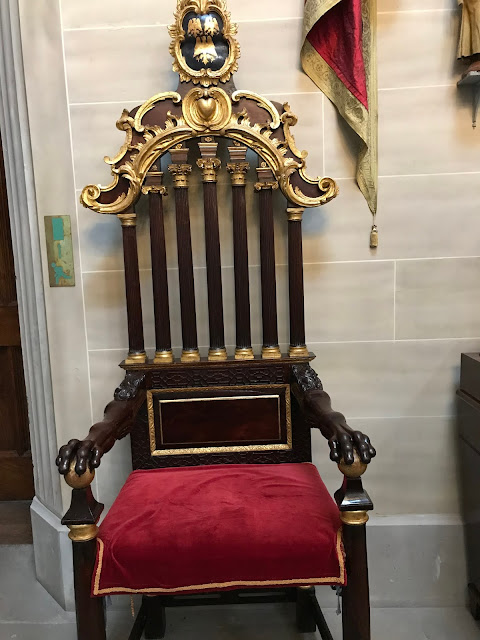 The Ball Room, once the Arkwrights' Drawing Room. For any savvy owner of a stately home, money making is essential. 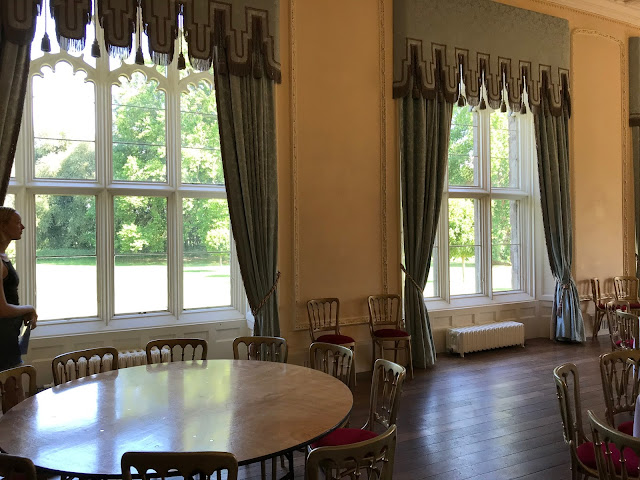 It's now commonly hired out as a wedding venue or similar formal events. 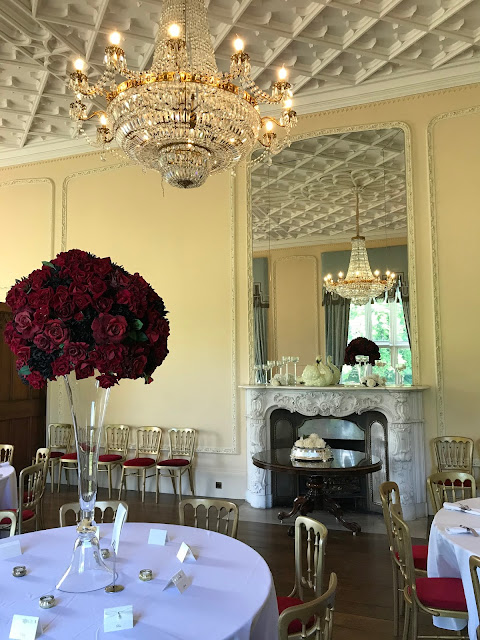 The Library, spot the 'secret' door. 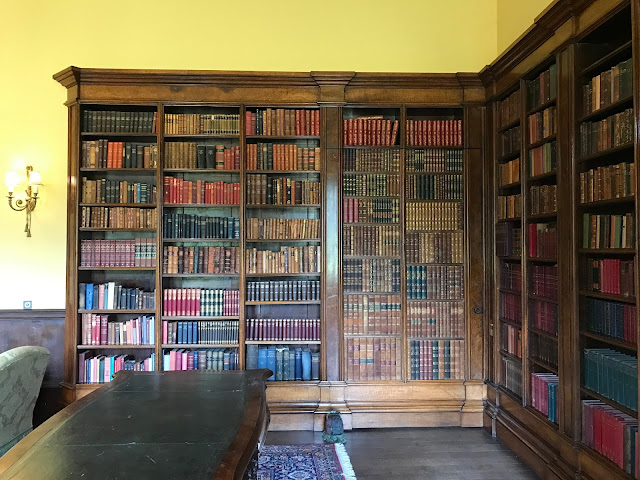 A private dream - a fine library, roaring fire and a comfortable couch. A spot of Madeira, too, perhaps 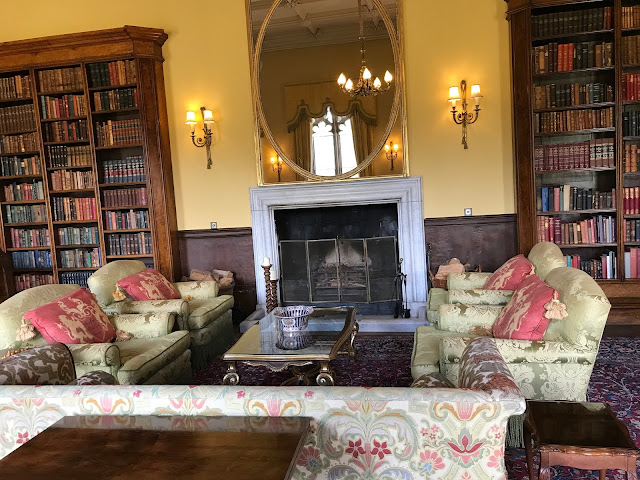 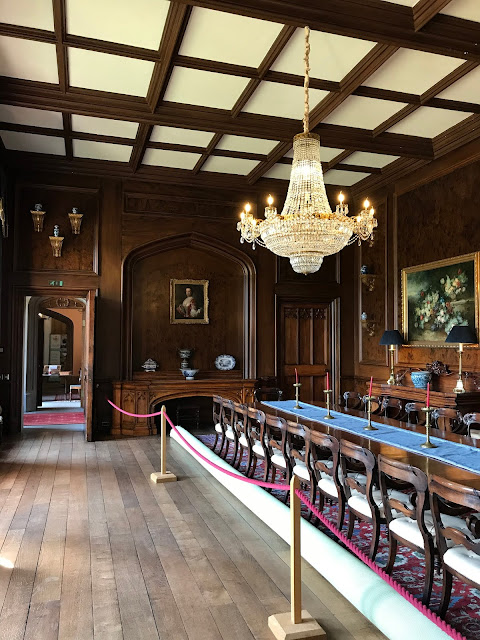 And for that intimate dining experience 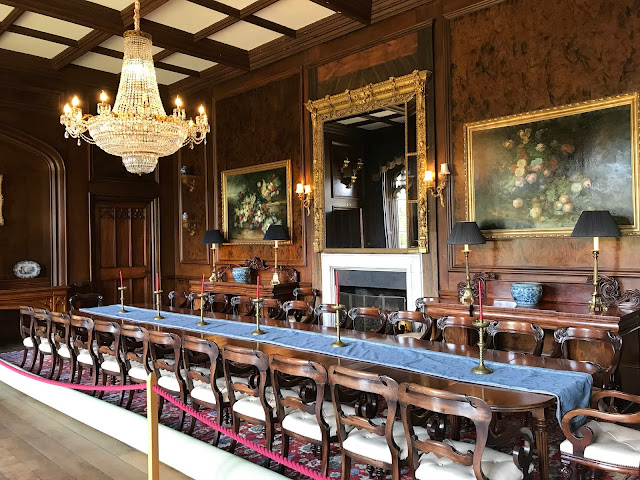 Don't you just love the eclecticism - the Samurai warrior and Medieval Knight - and of course the stoical stags. 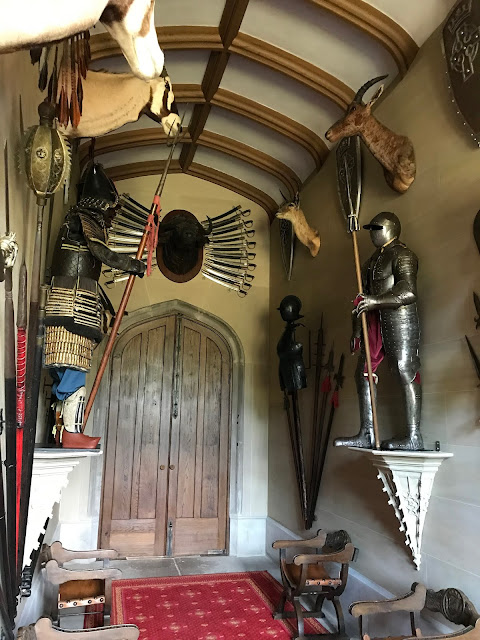 Next time the gardens - mainly because I'm hoping some can identify the plants for me. 'Capability Keyton' coming up

I keep wondering how much time it must take to dust.

I'm glad they saved it though. Who knows when the radicals will decide to topple stuffed antelopes and samurais for some other centuries past slight.