You can buy my book here.  But why should you buy a book about Peter Cheyney? 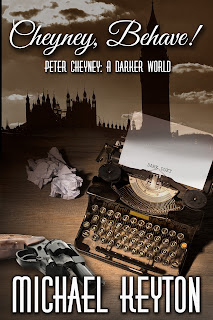 Cheyney’s success as the most highly paid writer of his time does not necessarily qualify his books as great, but it does show that his work reflected the attitudes and mood of a huge swathe of the population, amplified it, and played it back to them. Cheyney talked to the popular mood rather than the concerns of an educated elite. It was the less educated who bought his work in droves. 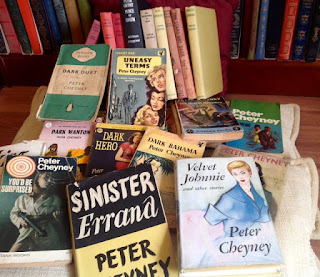 Cheyney’s books travelled with soldiers to the battlefields of Europe and were found in the homes of the ‘Resistance’. His ‘Dark’ series had relevance and brought a new degree of realism to the spy novel with its soiled glamour, its weary brutality. 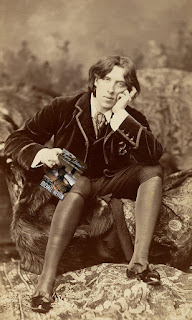 Peter Cheyney’s world-view might make some wince at its robust and thoughtless chauvinism, its narrow certainties that ‘pansies’ were abominable and foreigners not to be trusted.  He is, though, reflecting an uncomfortable fact that the real heroes of World War II were not the moral icons that the media then and now prefer to portray – the awkward bits cut out.  The heroes of World War II would be homophobic, racist bigots by our standards but heroes nevertheless. It was the ordinary man with the ordinary prejudices of the time – and the aspirations that Cheyney portrayed. Those less literate than Greene or le Carre made Cheyney rich because he wrote what they wanted to hear, and so provides a reader today a fascinating insight into a world long gone.

His most famous books found in 'the dark' series were written when Cheyney was well past his physical prime. Reading his descriptions of hard-drinking, hard smoking lantern-jawed heroes with impossibly white teeth,  it's worth having a vision of their creator at the time they were written.

'On the eve of the Second World War, the forty-three-year-old Peter Cheyney volunteered for the Officer’s Emergency Reserve and was mortified when he was turned down on the grounds of ill health. He settled for the Home Guard instead and the role of Captain Mannering in ‘Dad’s Army.’ Thwarted in his desire to serve King and Country in France, Egypt, Burma, or Greece—anywhere but central London— he dug slit trenches and trained other unfit men, on how to repel the invader. Cheyney revealed a near-martinet obsession with military discipline, which, in the view of his first biographer, was a likely defense mechanism, a response to wounded pride.

Occasionally it backfired—most spectacularly when he regaled the Press Club with the ineptitude of his men and how he had spent an entire afternoon trying to teach them how to advance under little or no cover.

One of those listening ‘innocently’ asked, “What exactly were you trying to get them to do?”

Cheyney put his whisky back on the bar and lumbered down onto his very large stomach. An obliging soul handed him a walking stick in lieu of a rifle, and the bar watched in silence as he crept up on the ‘enemy’ hidden behind the door of the Billiards-room. Tables and chairs were moved out of his way as he proceeded to wriggle with deadly intent. People crowded into the room to watch, unable to believe their eyes.

On reaching the Billiards-room, Cheyney, red-faced and puffing clambered back onto his feet and brushed himself down. “Now do you see?”

The wit that every schoolboy knows manifested itself then. An unknown voice piped up from the back. “I’m sorry. I didn’t quite see that?”

It may have been the whisky or the ‘sincerity’ of those watching but Cheyney re-enacted his walrus-like wriggle to the Billiard-room door six times before the penny at last dropped. Furiously he heaved himself back onto his feet and faced the by now hysterical audience. “That’s right, laugh! Laugh your bloody heads off!” And they did, weeping on each other’s shoulders as Cheyney stormed out of the room.

It was a far cry from the young Peter Cheyney, struggling to find himself in the febrile and disjointed world of the 1920s, the young Cheyney, nostalgic for the certainties of war. It was, too, a far cry from the unpleasant thug he may well have appeared to those who opposed him. ....' (Extract from Cheyney Behave)

Recently, UC Berkley has been covering up the names of buildings on their campus of "racists". In time they'll be replaced with the names of people that reflect their current views.

Berkley's always been a cracked school as far back as I can remember. In the 60s it used to be ridiculed. Today, it's commended.

Makes me wonder what Cheyney would make of that?

When he was a young man he was the equivalent to a ‘proud boy’. When he was older he’d have continued to bash skulls but with verbal batons