So, after all the heat and excitement, Punch replaces Judy, or is it the other way round? Whatever the case, it is a return to business as usual—for a time at least.

An analysis by the Wall Street Journal listed at least forty former lobbyists on the President Elect’s ‘transition task force.’ They included executives from Lyft, Amazon, Capital One, Uber, Visa and J P Morgan. In Joe Biden’s words, these ‘reflect the values and priorities of the incoming administration.’ Nice to know, if a little dispiriting. Perhaps even worrying.

Donald Trump was elected in 2016, despite his faults, despite the hostility of leading MSM outlets, despite everything precisely because of a groundswell of hostility to this ‘business as usual’ disguised as democracy. And yet here we go again. Even a cursory glance at the new administration illustrates this.

The new advisor to Biden’s Environmental Protection Agency is Michael McCabe, a former consultant to DuPont and head of a $130 billion transnational corporation that lobbied to deregulate environmental standards.

And John Kerry, the man who owns 6 houses, 12 cars, 2 yachts and a private jet as the proposed new ‘Climate Czar?’ You couldn’t make it up.

Much of Joe Biden’s new Pentagon Team (war office) consists of those funded by the arms industry.

Susan Rice, Obama’s former ambassador to the UN, was instrumental in the US intervention in the Libyan Civil War and accused of misleading American news networks as to the cause of the Benghazi massacre. When the Obama administration came to an end, she was given a nice sinecure on the board of Netflix. Why? Both question and answer leave a bad taste in the mouth. It resembles the corruption of the Medieval Church, where those in the Pope’s favour received Bishoprics or less prestigious offices (the revenues at least) without necessarily being there or doing the job. It’s rife in Britain;  we call it the House of Lords, though well-renumerated directorships demanding little more than two days attendance fits the bill too. But I diverge. Susan Rice is now in the running for a foreign policy position in the new administration.

For all his faults, Trump avoided wars. With or without Susan Rice, expect expansionist adventures in eastern Europe and Ukraine. Poking the Russian bear. A splendid idea. Expect excitement in the Middle East too. “America is back.” As are neo-cons and those with Ukrainian interests, as, too, the body-bags, I suspect.

However worthy other appointees may be, the much-vaunted diversity in the new administration also makes for nice packaging, cover for decisions made by those who make policy. Even Kamala Harris, Biden’s likely replacement a year down the line, is a known quantity and likely regarded as biddable by the establishment. I doubt she’ll be allowed to rock the boat very much. I suspect she doesn’t really want to.

Was so much fervour and heat expended for this? It’s akin to an alternative world, an alternative Russian Revolution—Bolshevism Vs the Tsarist regime replaced by Team Rasputin Vs Team Yusupov.

However, greater forces prevailed in Russia, and likewise, with or without Trump, the forces that propelled him to power will not just go away. It will be interesting to see what happens to the Biden-Ukrainian dossier, censored or ignored by the MSM and big tech. Will it resurface or go down the memory plughole? That of course depends on six companies who largely control what America hears and sees—as in Britain too. 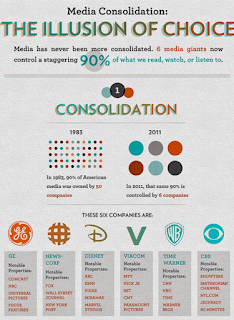 In my view, the future is far from rosy: low-level civil disturbance and/or ‘soft repression.’ The legalisation of pot may satisfy some. One commentator posited that this may well be the future of America, possibly the west: the gutting of a viable middle-class and its replacement by a gig working proletariat kept distracted/content by celebrities, gaming, pot and a universal basic wage; a C21st version of the old Roman ‘Bread and Circuses,’ as the wealthy leached an empire dry.

It worked well for a time, until population decline, disease and barbarian migration burst the bubble. Rome also had to contend with the Parthian empire on its eastern front. America may or may not see parallels across the Pacific, though one hopes that no American president finds himself in the unfortunate position of the Roman emperor, Valerian. This hapless emperor sought peace by attempting to buy off the Parthians. Instead, he was captured in the process of offering the bribe and reduced to a human footstool by the Parthian king Shapur.

So, at best ‘business as usual’ or in Peggy Lee’s words ‘Is this all there is?”

Or perhaps the more apocalyptic:

You've pretty much captured everything that's happened in a nutshell. Forget the virus, the next 4 (8) years will be a slower, more painful slog. I just hope our savings won't disappear like they did during Obama's 18 month recession.

Most recessions last roughly six months. Obama's recession lasted 18 months, and recovery was just as slow. He was the reason we had to keep working.

thanks, Maria. I normally hesitate to write about American politics. It's good to know I may have been on target. Hope your savings survive whatever happens.