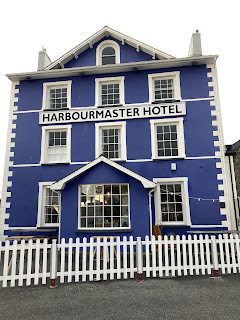 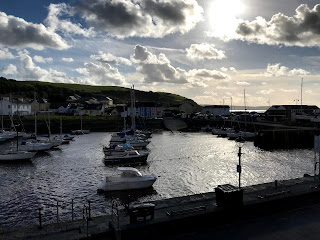 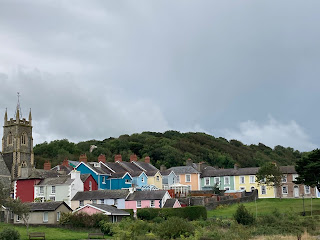 A few years ago, we passed Aberaeron and were struck by the pastel-coloured houses and the iconic Harbour Master Hotel. It made our bucket list, but the earliest we could book it for this year was for the last few days of September when, on the west Welsh coast in particular, the weather can be variable at the best of times. It rained all the way up there, which kyboshed any thoughts of a wander around Lampeter enroute. We ended up in Lampeter carpark drowned in grey drizzle. Lampeter’s not a pretty place on a rainy day.

But on reaching Aberaeron the weather broke as you can see from the sky, rain and sun in mortal combat. 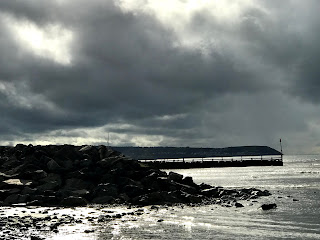 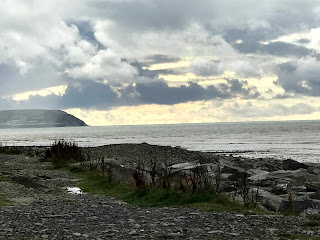 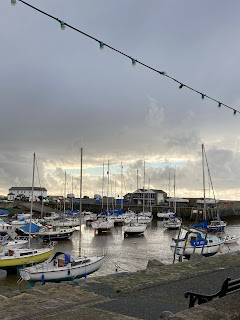 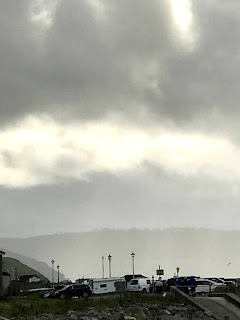 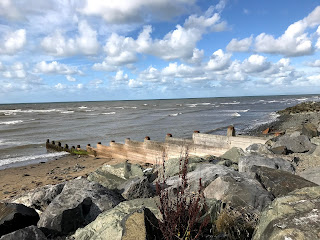 And the following day!

Breakfasts and dinners were included in the price, which encouraged a certain recklessness. I hadn’t tried oysters since my student catering days and it was well worth the wait, the six oysters slipped down like the essence of ocean. God knows why you’d want to ruin that with Tabasco sauce. 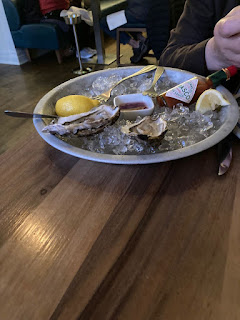 We explored the harbour and town and the following day walked inland to the C18th manor house of Llanerchaeron. 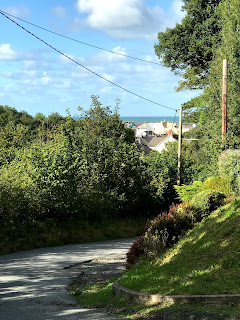 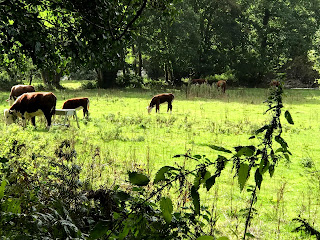 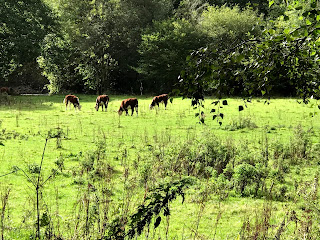 On the way we passed some splendid cows, which put me in mind of the evening meal to come.At that moment, sirloin or a generous ribeye steak seemed irresistible, even at the expense of what I thought I had already decided: roasted ocean bream, something I had never tasted before. It was something to mull upon as we entered the grounds of the house. Bream, I had heard was bony, but how bony was bony? 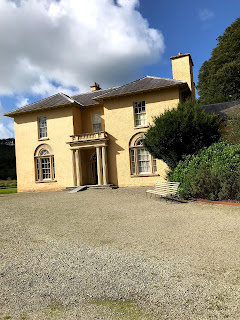 House and gardens where I learned about bream 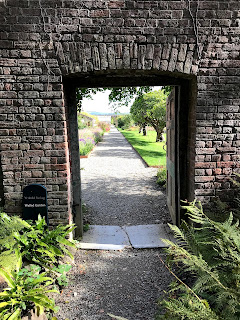 Google told me very bony. Sirloin suddenly seemed good. But, sitting on a bench surrounded by lavender, I learnt more. The ocean bream changes sex from female to male—or is it the other way round? —the whole process taking in place in just over a week. The bream it was then; the mystery of eating a non-binary fish, a cis-poisson or somewhere in between. The bones were a nuisance but sometimes mysteries have to be earned. Mike and the non-binary fish, not quite on the same scale as Sir Gawaine and the Green Knight, but then nothing is perfect. 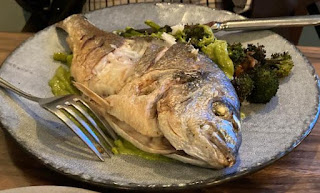 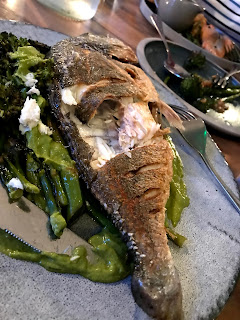 Nor was the bream, glaring at me throughout, the mouth—a definite snarl. I had to turn the plate round.I learned later that the oyster changes sex too, male in its youth and female for the rest of its life.* But at least oysters don't glare of snarl and they have no bones. Oysters don't have attitude.

*A female can produce half a billion eggs a year and a male three billion sperm, so I guess changing sex from male to female evens the balance out between sperm and eggs somewhere along the way.

Oh, for heaven's sake. Now I have to deal with food that identifies itself as non binary.

I don't mind food that snarls. At least he didn't get on the plate willingly. Ha!