Part of my wife’s birthday present was a visit to the 'Van Gogh Alive – the Experience' in London. It was our first major excursion since the pandemic, and it was strange to re-experience normality – except for those damn masks worn on the train—through half-closed eyes a carriage full of Hannibal Lectors. 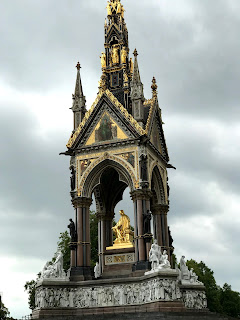 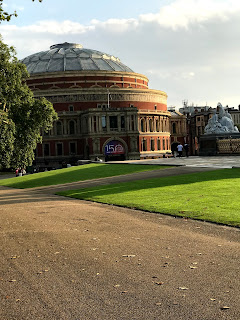 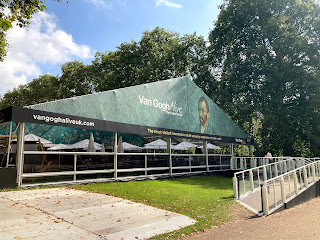 Wary of the tube, we opted to walk, eventually finding Kensington Gardens and making our way to The Royal Albert Hall, The Albert Memorial and, nestling unobtrusively in their shadow, The Van Gogh Alive experience. One wonders what Prince Albert would have made of it, for ourselves it was quite an experience. 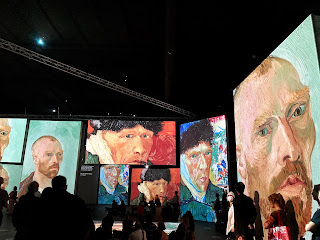 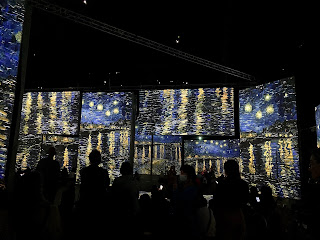 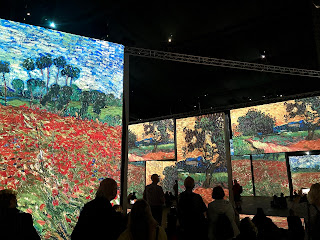 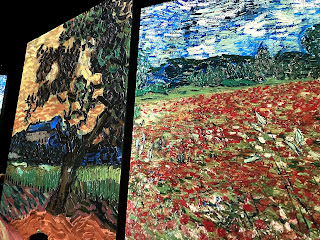 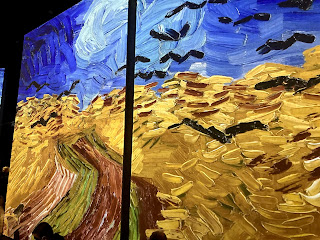 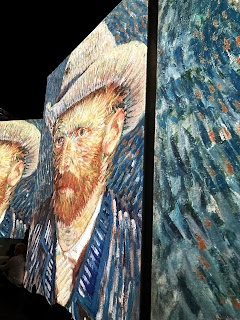 We stood for about an hour bombarded by music and images. It was like standing in a kaleidoscope, a ghost in Van Gogh’s head; sometimes ten or more of the same painting ranging from deep close-ups, along with doppelganger effects layered in depths. We stayed for another twenty minutes, but my legs had had enough. In between pictures, I’d been looking with some envy at those more lithesome sitting cross-legged— in apparent comfort—on the floor. I followed suit with the realisation that I was no longer so lithesome. And getting up was a bit of bugger without toppling into one of the flimsy projection screens alongside. It was done with some loss of dignity.

Afterwards we walked briskly to the Victoria and Albert Museum just under a mile away. (The food is limited and overpriced) and just had time to amble around the Medieval and Renaissance Gallery. 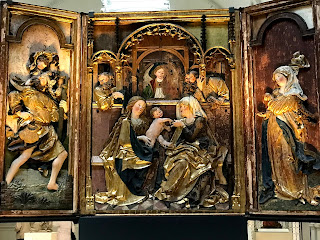 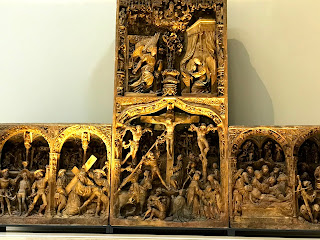 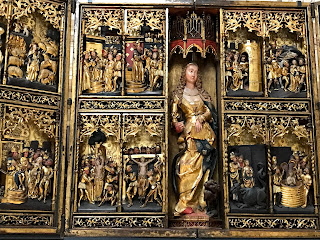 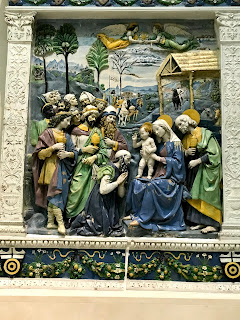 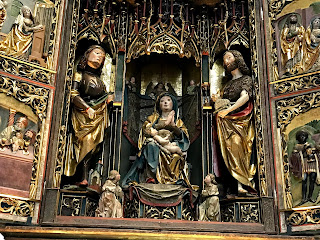 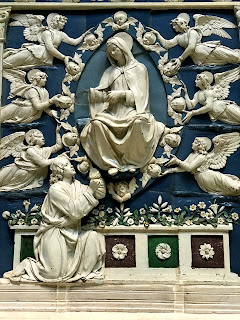 The altar-screens took my breath away and I found myself cursing the Protestant Taliban who blithely smashed their way through English churches destroying a heritage spared in other parts of Europe. I know the traditional arguments that having turned our back on the visual we focused on the written word; that religious imagery manipulated the superstitious and had done so from the depths of antiquity, but to my way of thinking, antiquity had a point. Religion is mystery, a tradition inherited and used by the Medieval Church: images in candle-flame, stained glass, incense and chanting stimulating every sense —opening the mind to wonder.  Now they’re exhibits we can wander past without seeing, but once upon a time . . .

But for us, time had run out. Just one gallery. The Victoria and Albert deserves at least a day and a half, but it was time for us to scuttle back to the train, check my app—we'd walked nearly seven miles—and relive the ‘Man in the Iron Mask’ experience in a dimly lit carriage.

One final thought. Up until now, I've had my thoughts on one of those natural burials under a tree. I've changed my mind. I want to be buried under one of these babies; 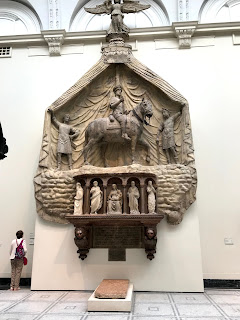 or at least in the roots of a giant Sequoia.

Van Gogh Alive is showing in Dallas too, but I can't see myself driving through that traffic.

To be honest, from the reviews I've read I don't think it's for me. Too loud and too much. I like to approach my art, not have it surround and accost me.

A regular old fashioned museum is more my speed.

I hope Bernadette had a wonderful time.

Bernadette did, thanks, Maria, we have seen the paintings close up at the Van Gogh museum Amsterdam and at an exhibition in Londo,. This was just the cherry on the cake and was excellent in its own way. Having said that, I know what you mean. The regular painting allows more thought, but a well thought out and subtle bombardment of images effects the brain in a different way. The V and A afterwards made a nice contrast ��