“Ottilie?” The voice wavered up the lift-shaft into every apartment.

Ottilie was profoundly deaf, her nephew less so, but neither stood a chance against an intercom system based on voice recognition. Eventually someone in the Apartment block would buzz him admittance and Bud Schumann would enter the building.

Bud was an American of the old school, Republican, prosperous, sensible jacket and a house in Long Island. He was proud of his country, immensely generous and, with his wife Edith, a very gracious lady, took it upon himself to show me everything there was to be shown along with several good restaurants.

On one day alone, December 20th they took me to Riverside Interdenominational Cathedral for a Carol Service followed by supper at the Rockefeller Centre where we watched ice-skaters gliding aimlessly in circles while we ate hot chestnuts, and ended the evening in the Waldorf Astoria where a coffee cost 15 dollars. 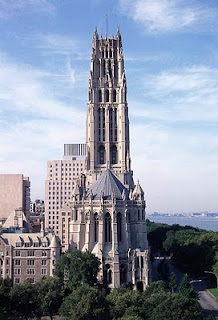 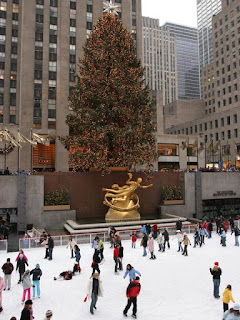 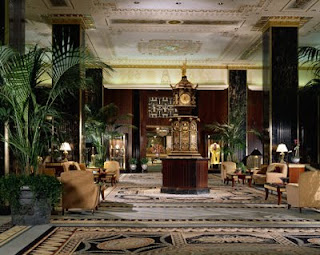 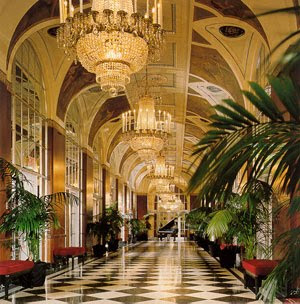 Bud was extraordinarily keen to show me everything. Two months earlier they arranged for me to observe 5 classes in a Long Island school (Baldwin). This was followed by a visit to Uniondale School where I saw armed police on the campus and dancing cheerleaders dressed in yellow. Later that night I dreamt of dancing policemen and cheerleaders armed with guns. That might have been due to the food.

We ate in a Burt Bacharach restaurant after a final, very extensive tour of Long Island which included a visit to an Air Museum. This was interesting. It was amazing to see how really primitive the Apollo space capsule looked close up.

The following day (Oct 23) saw another extensive tour of Long Island alleviated by a meal of fried clams at a riverside restaurant followed by another meal at the end of the day at a restaurant called the Rusty Cutter.

It was a great joy when, a few years later Bud and Edith came to Wales and I was able, on a smaller scale, to return their hospitality – receiving in return a large coffee table book on…Long Island. They really loved Long Island.

When he heard that I was teaching Roosevelt and the New Deal to GCSE students he was eager to participate and inadvertently shatter some cosy illusions. All our text books conformed to the accepted convention that Hoover was an unmitigated disaster and that Roosevelt’s charisma and ‘Try anything’ attitude had saved the day.

Bud stood up, a survivor of the Great Depression, full of stories of hardship and adversity and how he’d overcome it through luck and hard work. But what surprised my students most of all was his hatred of Roosevelt. Bud was an old style Republican warrior and he did my students an invaluable service, illustrating that no one source can tell the whole story, whether text book or oral testimony. They knew that in theory, Bud Schuman brought it alive.
Posted by Mike Keyton at 14:28

I had a neighbor who said much the same thing about FDR, only he wasn't a Republican.

People in general have very faulty memories and often lionize and canonize leaders who merely made more noise than the others.

History's a funny thing. So are people.