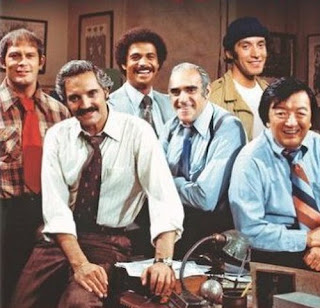 St Agnes’s began and finished early. By mid afternoon I’d be flat on my back in Ron’s sunroom, drinking beer and watching Barney Miller on TV. Sometimes I’d buy wine or cooked meat from a local charcuterie. Unfortunately both stores were owned by Argentineans, who were at war with us at the time. Moreover they had strong views – one of them burnt the British flag outside the UN.

Sacrifices were made. I ate Italian, but there was no other liquor store within walking distance. From that moment on, what I drank depended on what I could point at, along with my unconvincing American grunt.

Mind you, there were compensations. In the staffroom, elderly nuns gave me the thumbs up, as though I’d just got back from active service or been personally responsible for the sinking of the Belgrano. My stock rose even higher when I got involved in the capture of a mugger.

We were coming home from school. John Scanlon was driving. John was a lean, intense man, who hid his face behind a small but ferocious beard, strange hats, usually tartan, and dark rimmed glasses. Suddenly a woman screamed as a wiry figure in track-top and jeans seized her handbag and veered across the road in front of us. John didn’t hesitate. He swung the car to the kerb and with Napoleonic vigour told me what to do:

‘Follow him down that alley,’ he snapped. ‘I’ll head him off at the other end.’

The car screeched away and I was halfway down the alley before doubt kicked in. What the bloody blue fuck was I doing? Watching Barney Miller was one thing, but this was more Starsky and Hutch - without the cardigans.

My brisk pace slowed to a saunter. Even if I over-powered the guy, was I empowered to make a citizen’s arrest? I pondered on the constitutional position, wondered whether an alien’s arrest would somehow suffice, thought on the nuns and their furtive thumbs up.

Damn John Scanlon, I thought and resumed my pursuit.

I caught up with them at the other end of the alley. John had the mugger pinned against the wall, the woman’s bag sandwiched between their feet. As I arrived the mugger wrenched free – but not for long. He had been delayed and Phone calls had been made. We watched him race across the road - directly into the path of a patrol car. John had been the Lone Ranger, which I guess made me Tonto, only the nuns didn’t see it that way. I’d just sunk another Belgrano. That night I risked the Argentinean liquor store and pointed at a bottle of wine. 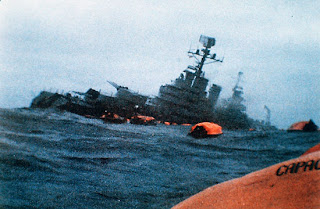 There's nothing sexier than a hero--especially to a nun. LOL.

While I applaud you and your friend's efforts to help out that lady, it was a dangerous thing to do. Glad everything ended well. And how exciting! I was riveted to every word.

PS Do your kids believe you when you tell them that story?

You're right, Maria. My guardian angel's due for a sabbatical when I die.
Mike.
PS My kids are filled to the brim with a healthy disrespect for their deeply flawed parent :)