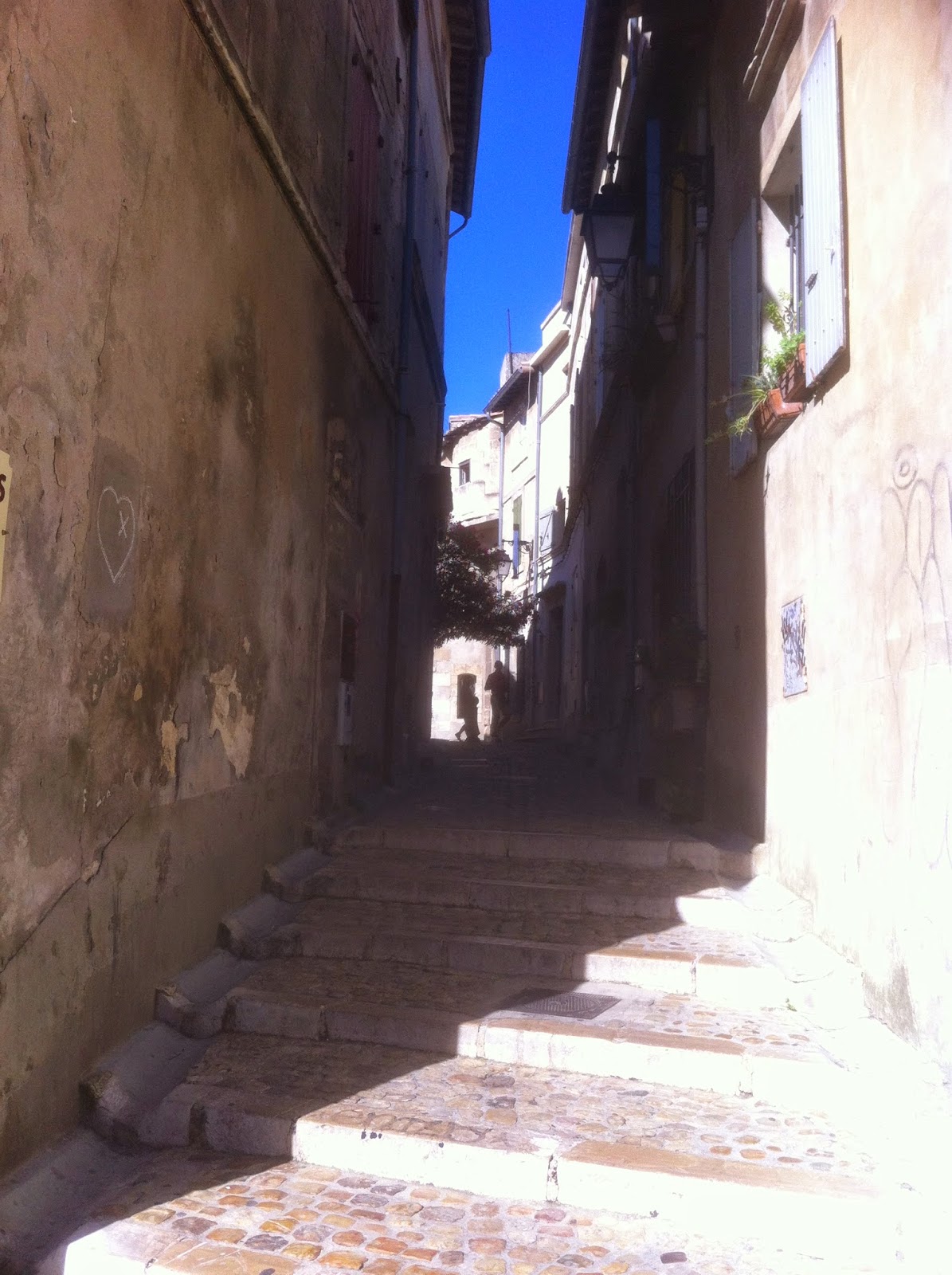 By all accounts, London, York, in fact any English city in the so called ‘Dark Ages’  would have been pretty grim places to inhabit – even taking into account a much warmer climate. I think, taking into account everything: Moorish and Viking incursions, the ambitions of Frankish kings, and the later Albigensian and Cathar crusades, Arles was the place to be. Its magic still holds today.

Who would not want to live in place where you might be christened Boso, the son of Biven of Gorze and Richildis of Arles; who would not like to be surrounded by people with names like Engeltrude or Teutberga, Lothair or Hucbert; or even the less flamboyantly named Charles the Bald?
Within the Roman empire it was one of the great centres, favoured by Constantine the Great, but it is in later years that it became much more interesting.


What struck me most, wandering its streets and great ruins, was the dazzling light and shadows on stones.


Side streets on your way to: 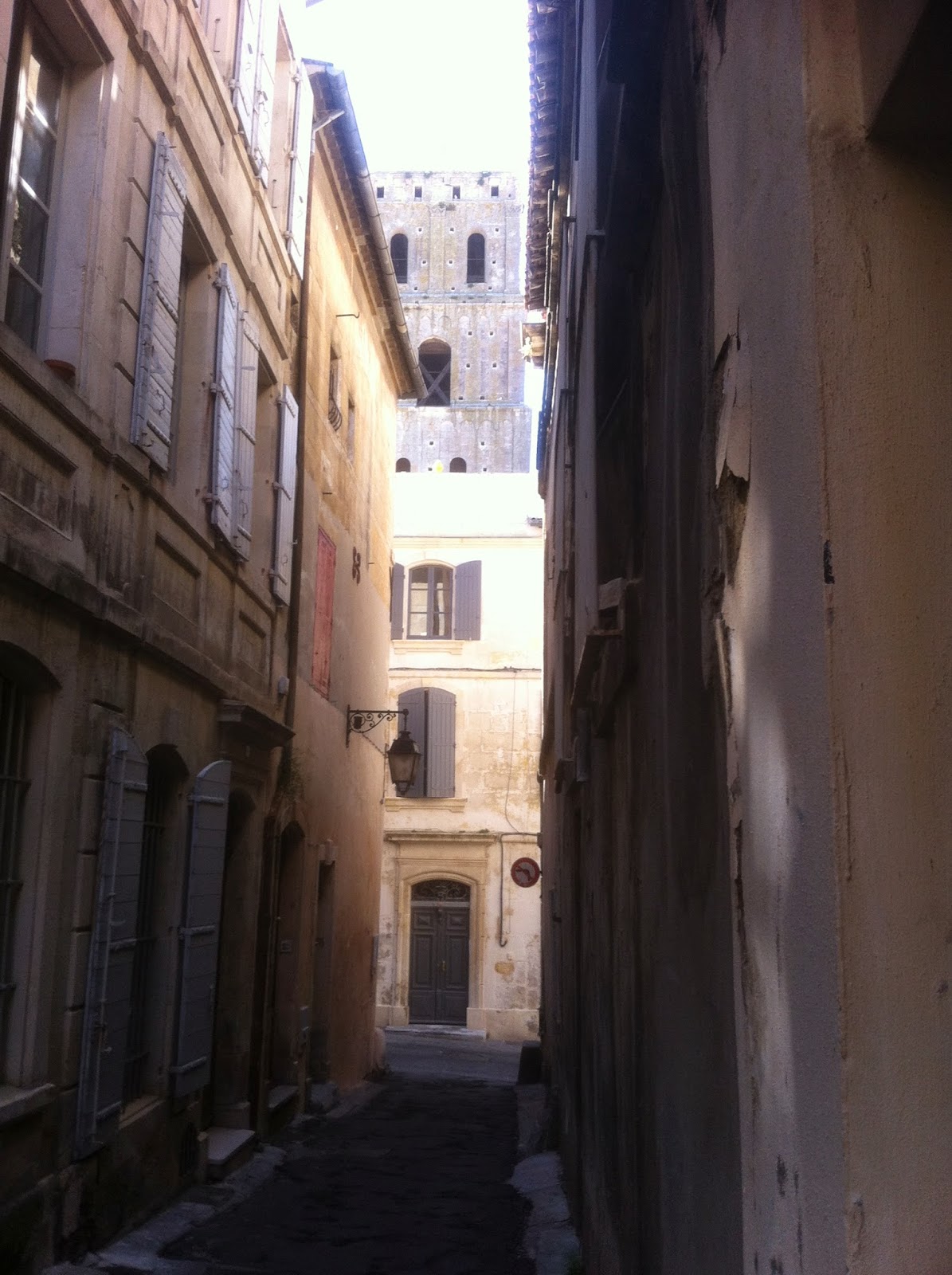 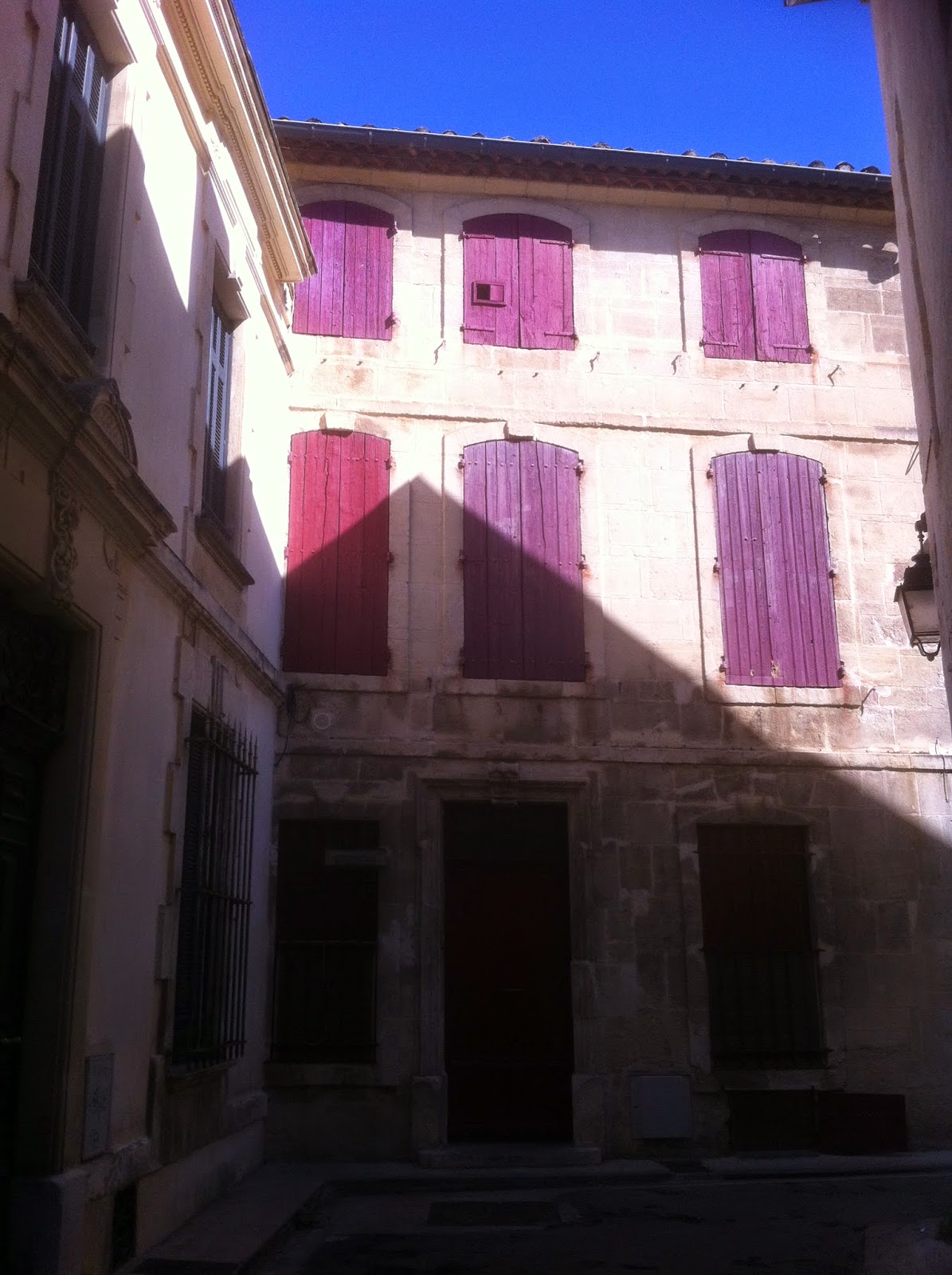 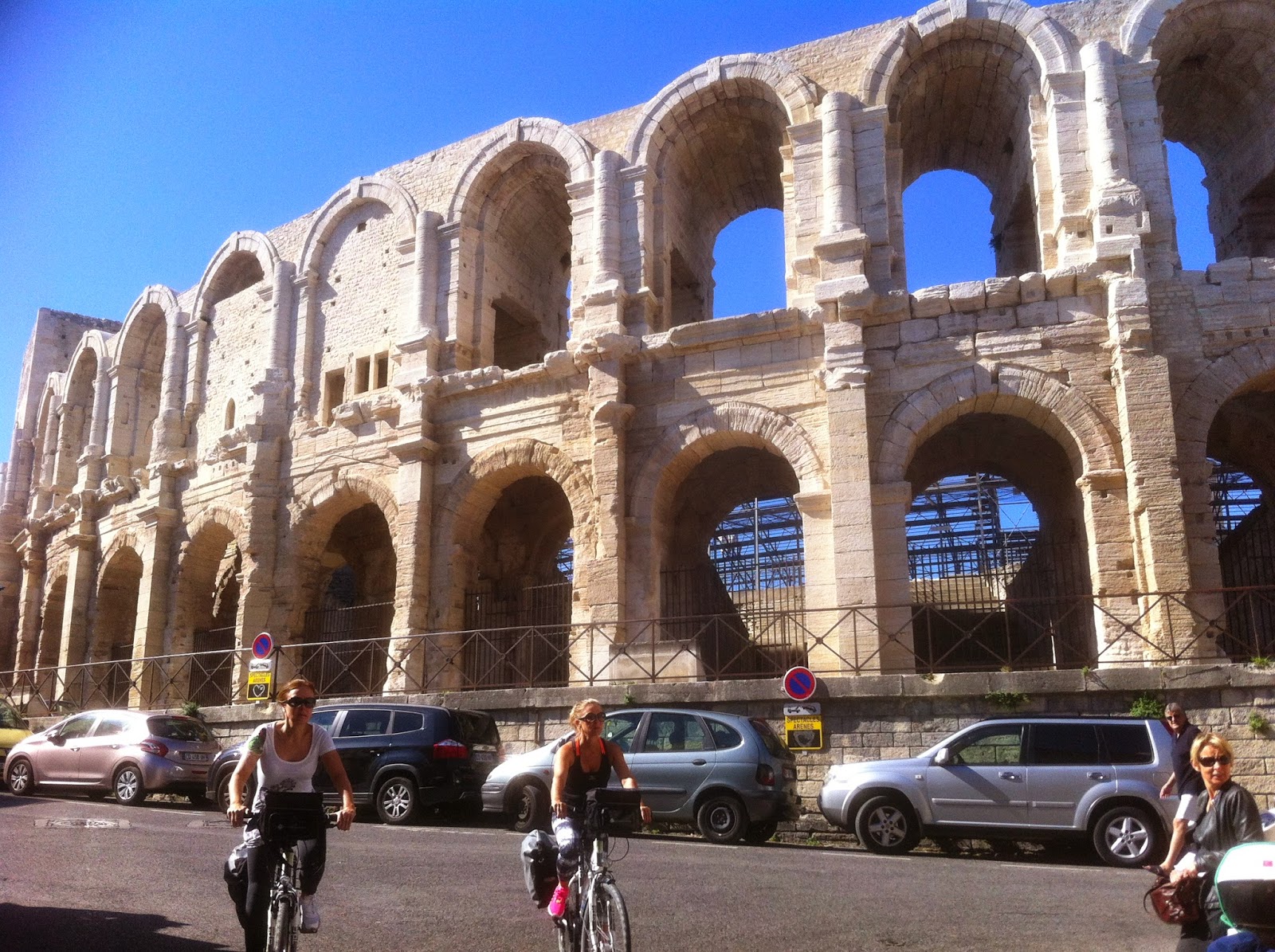 It is hard to believe that in the early Middle Ages houses and two churches were built into what doubled up as a fort. 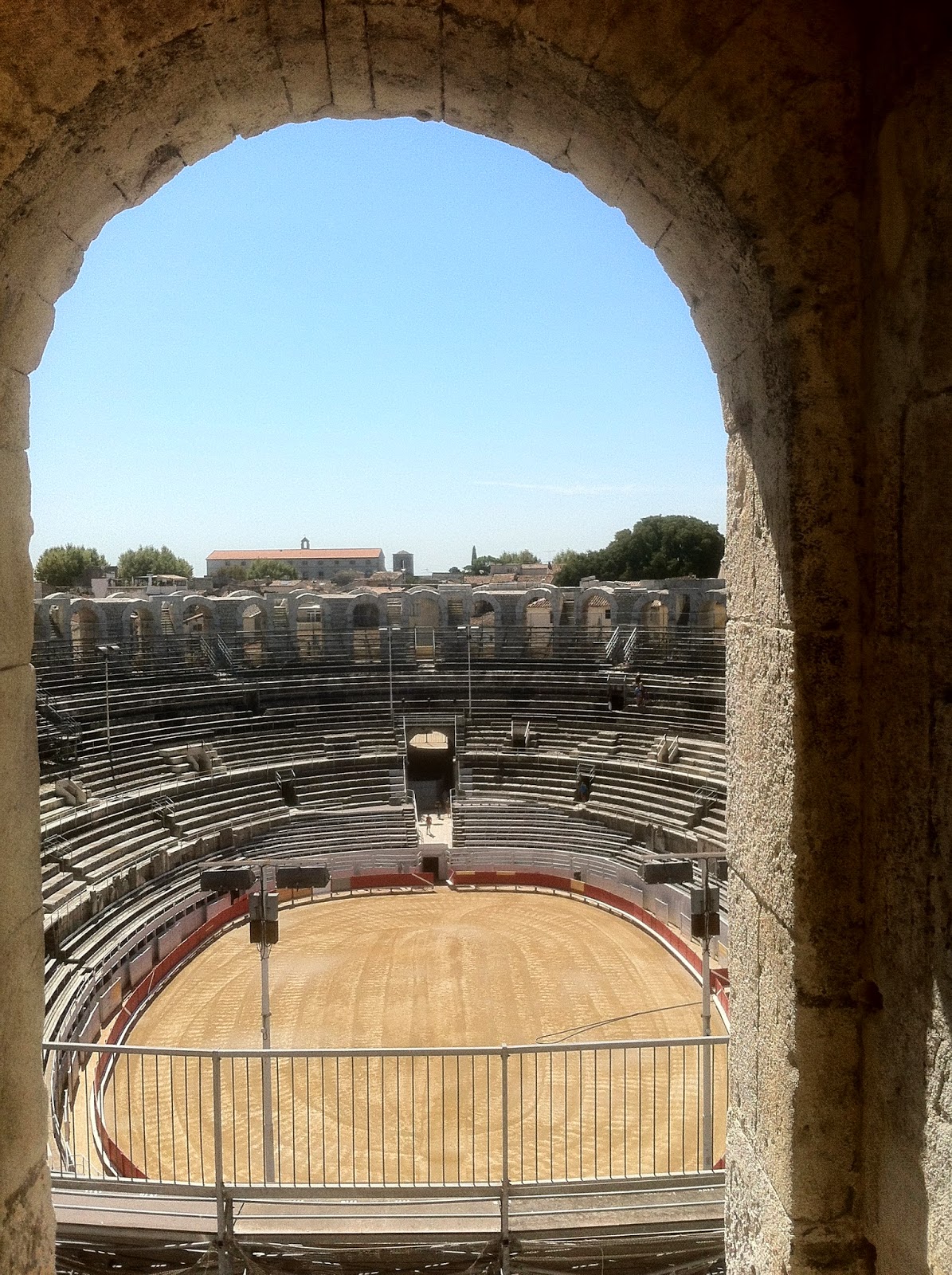 Wandering through its interior 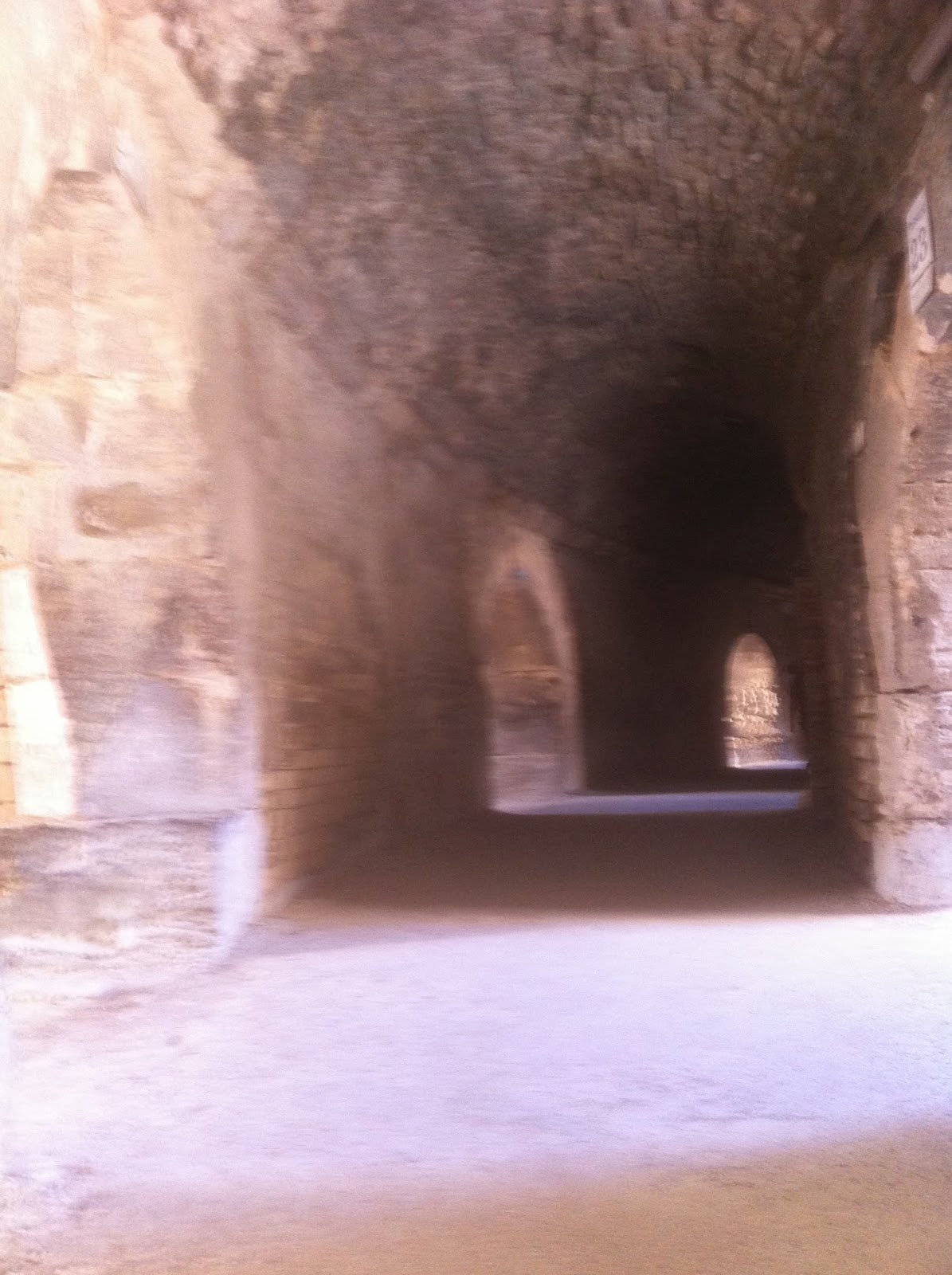 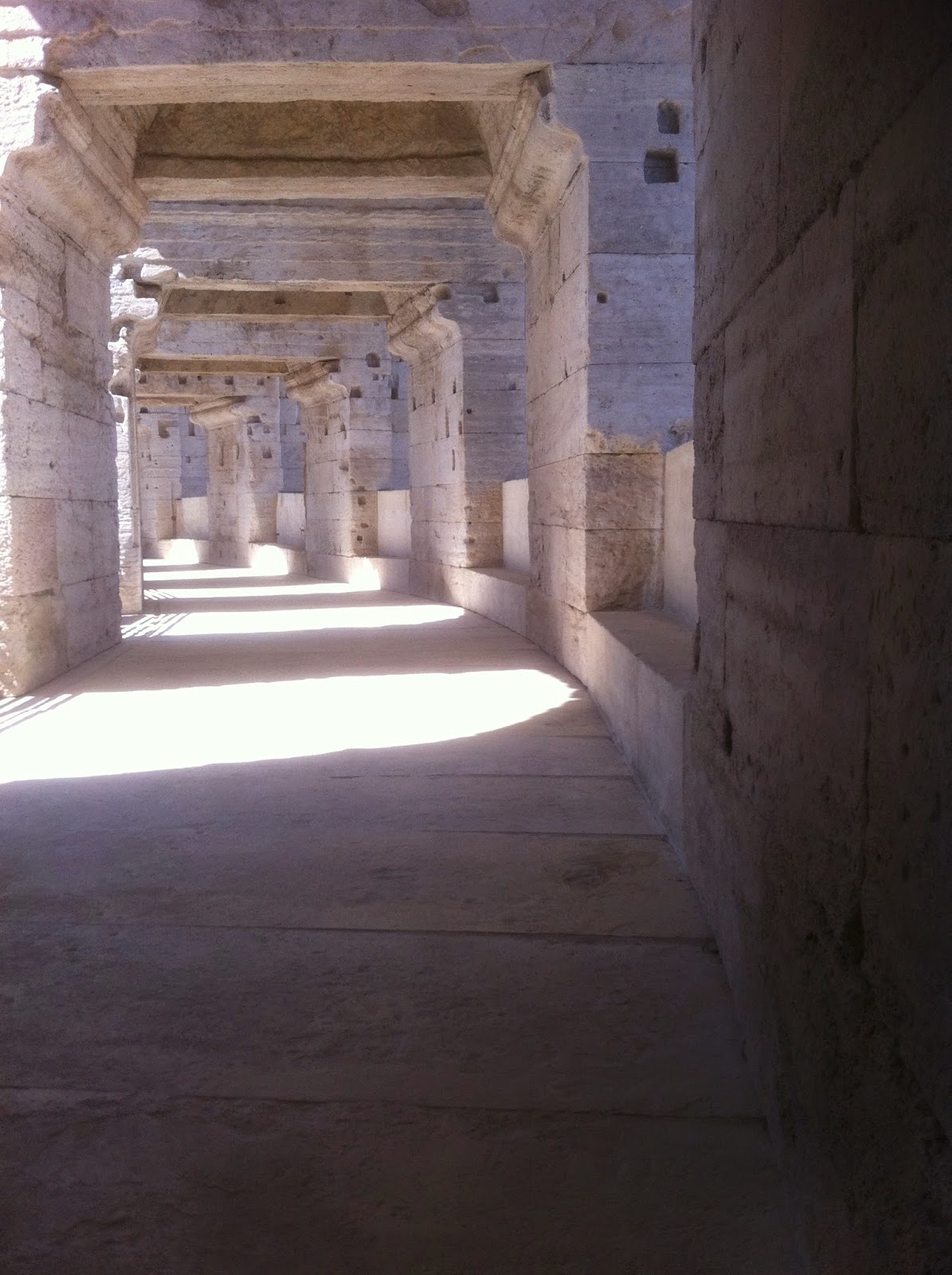 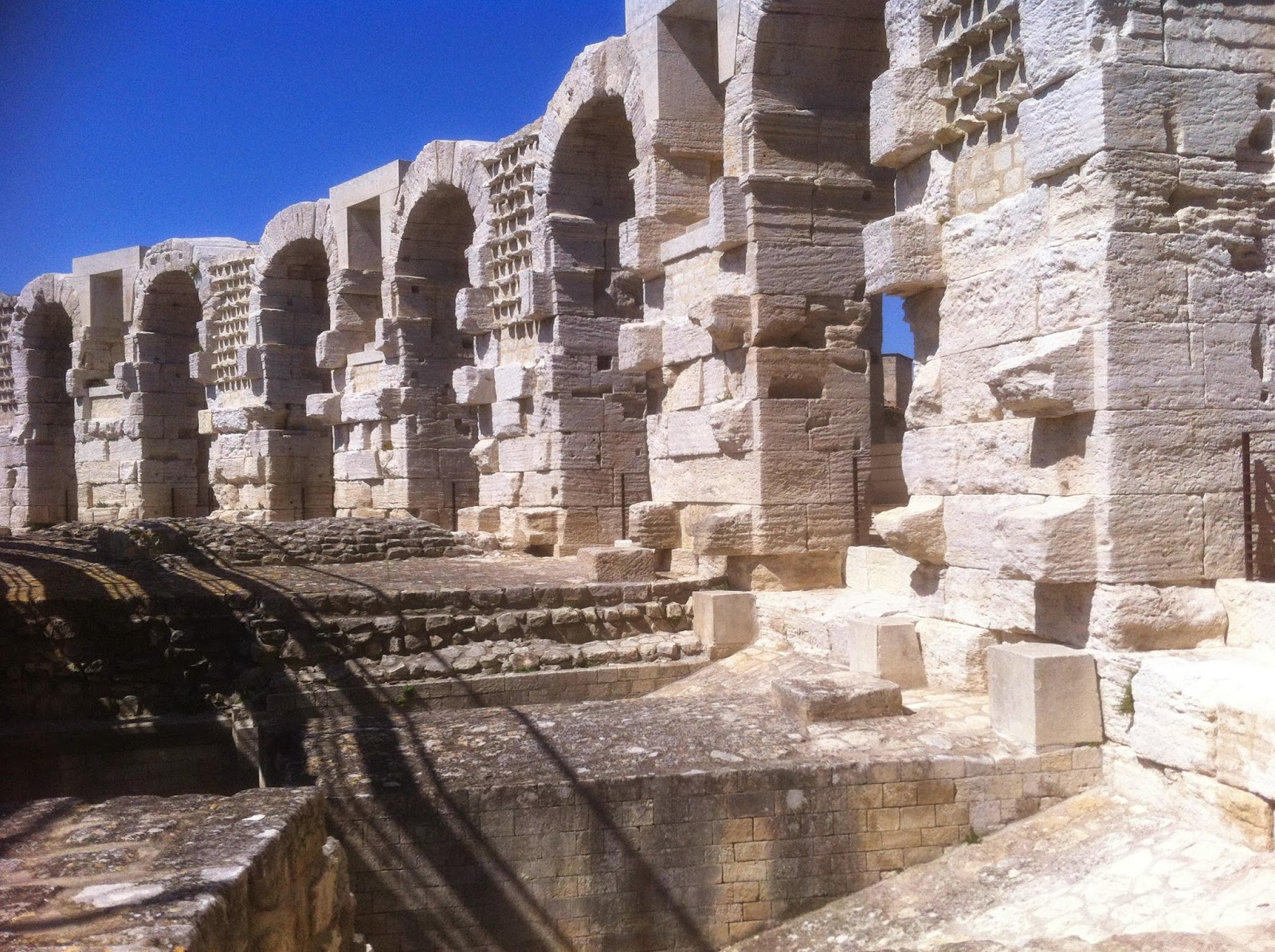 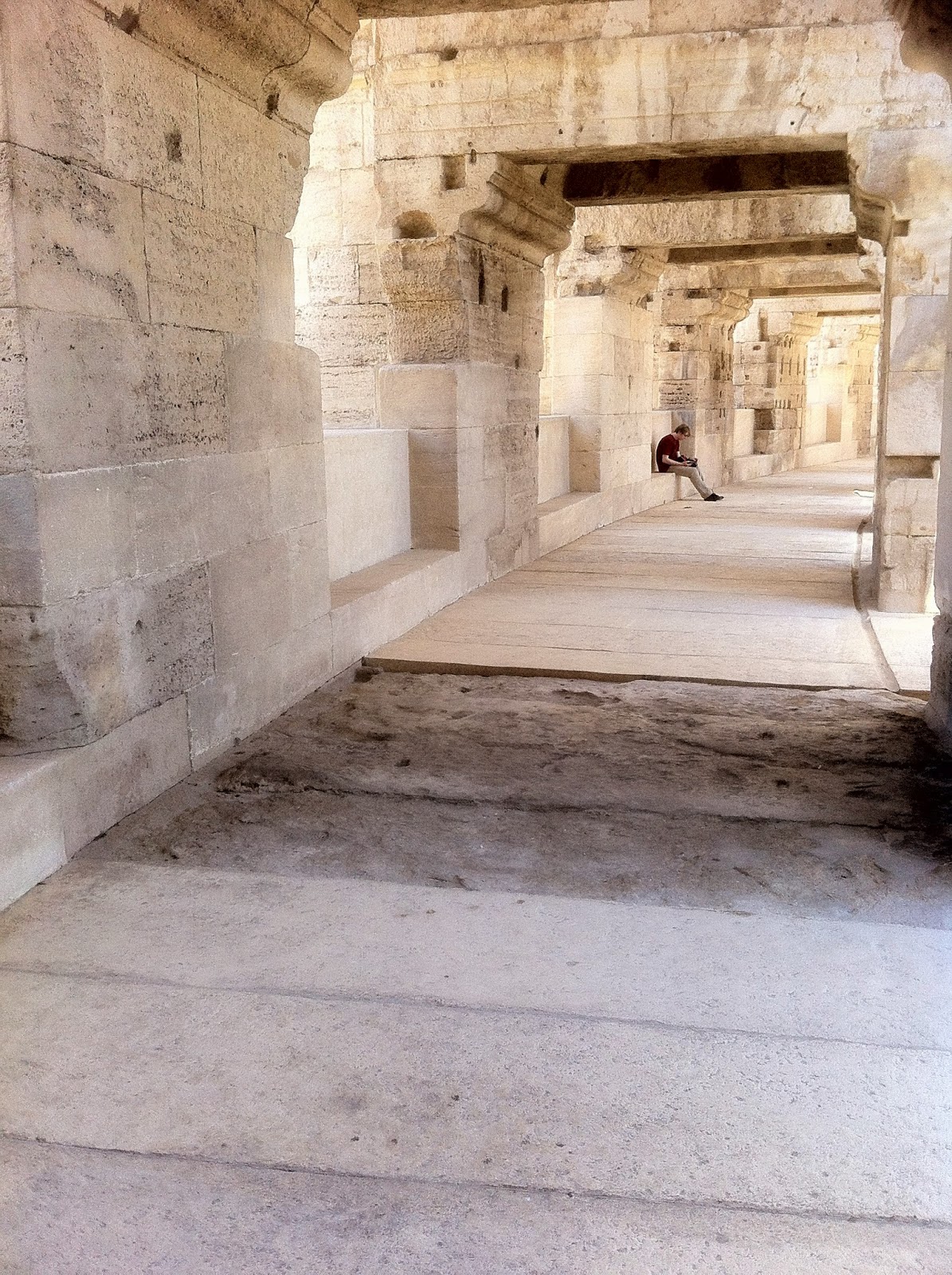 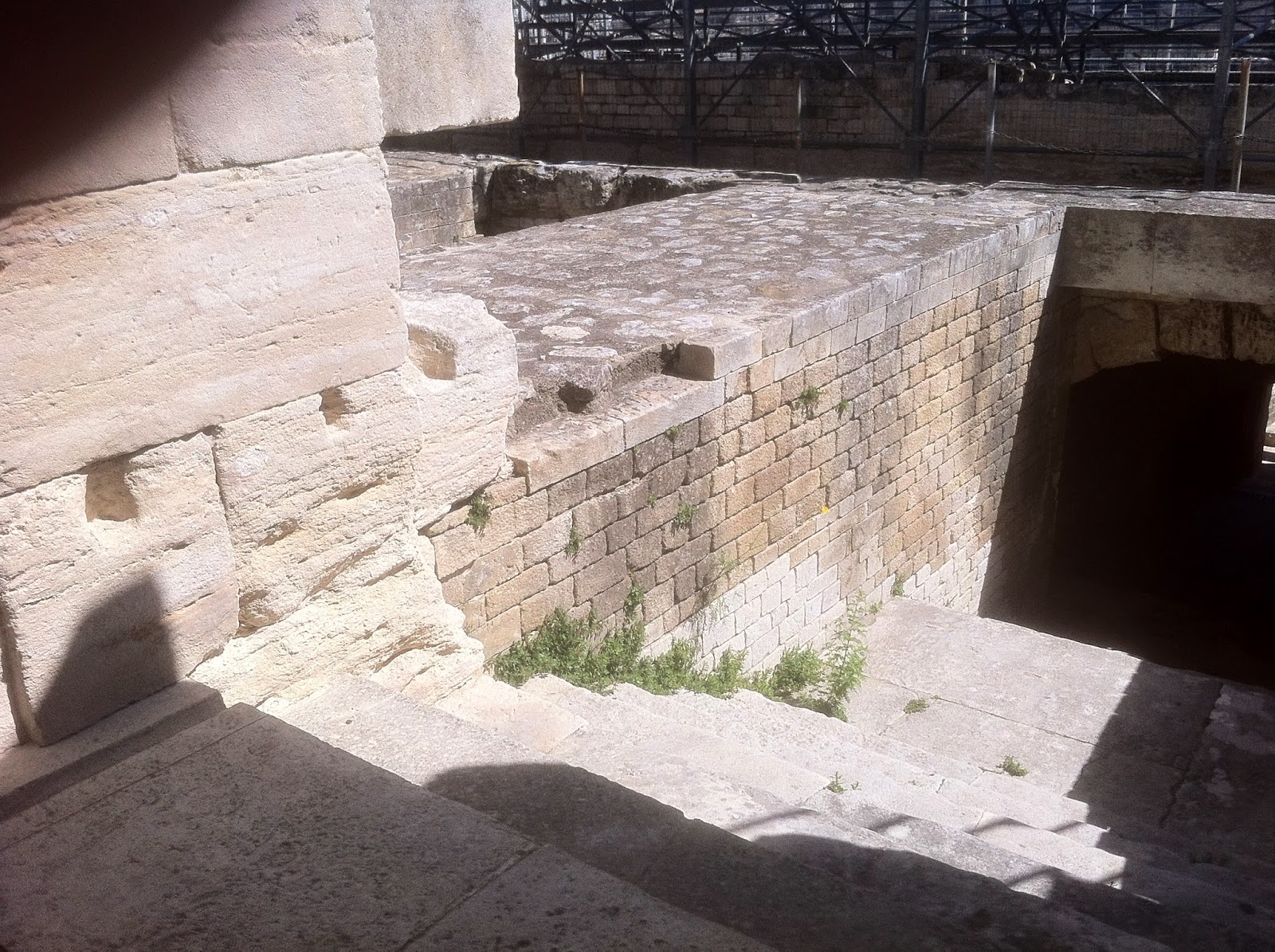 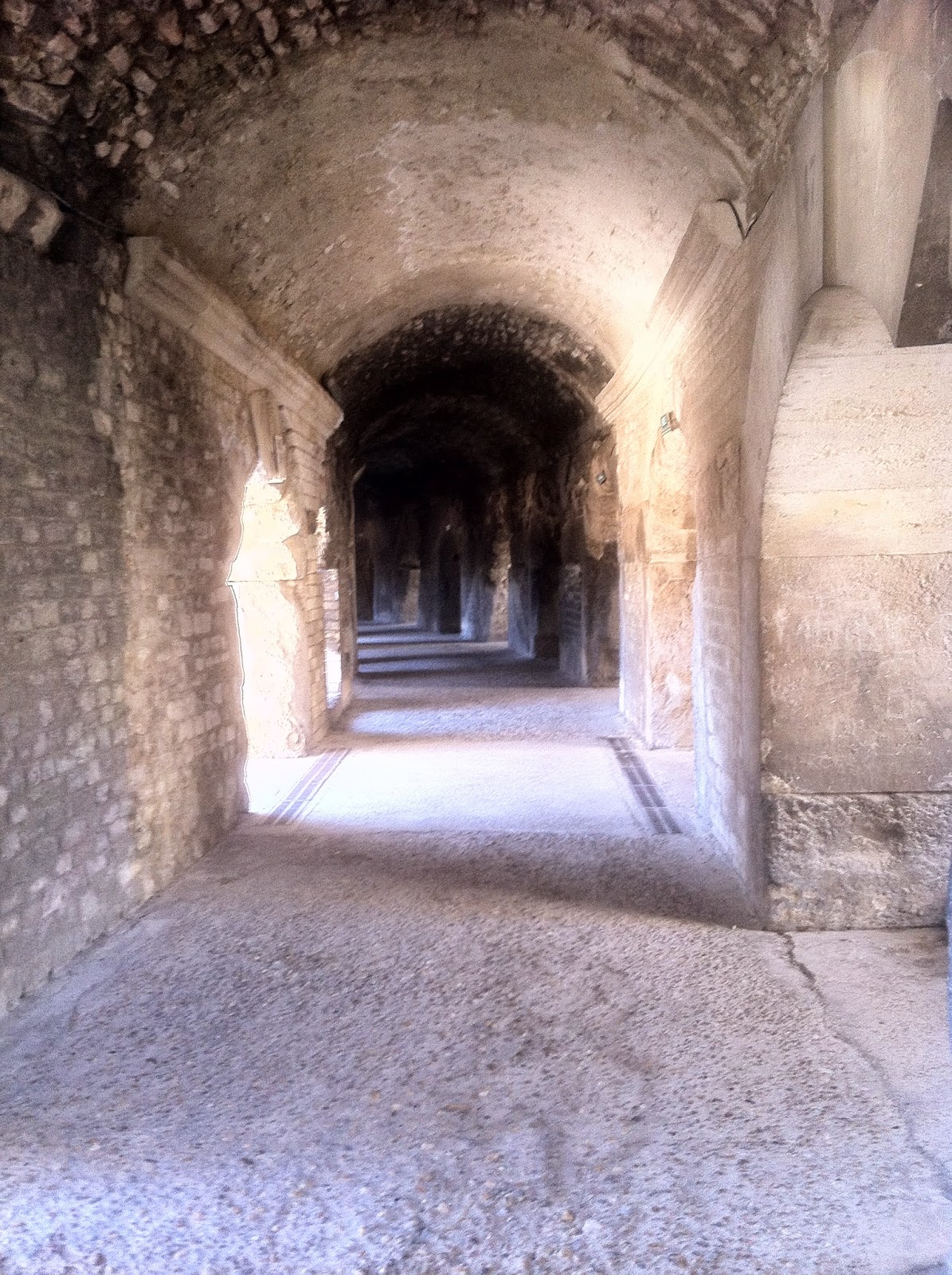 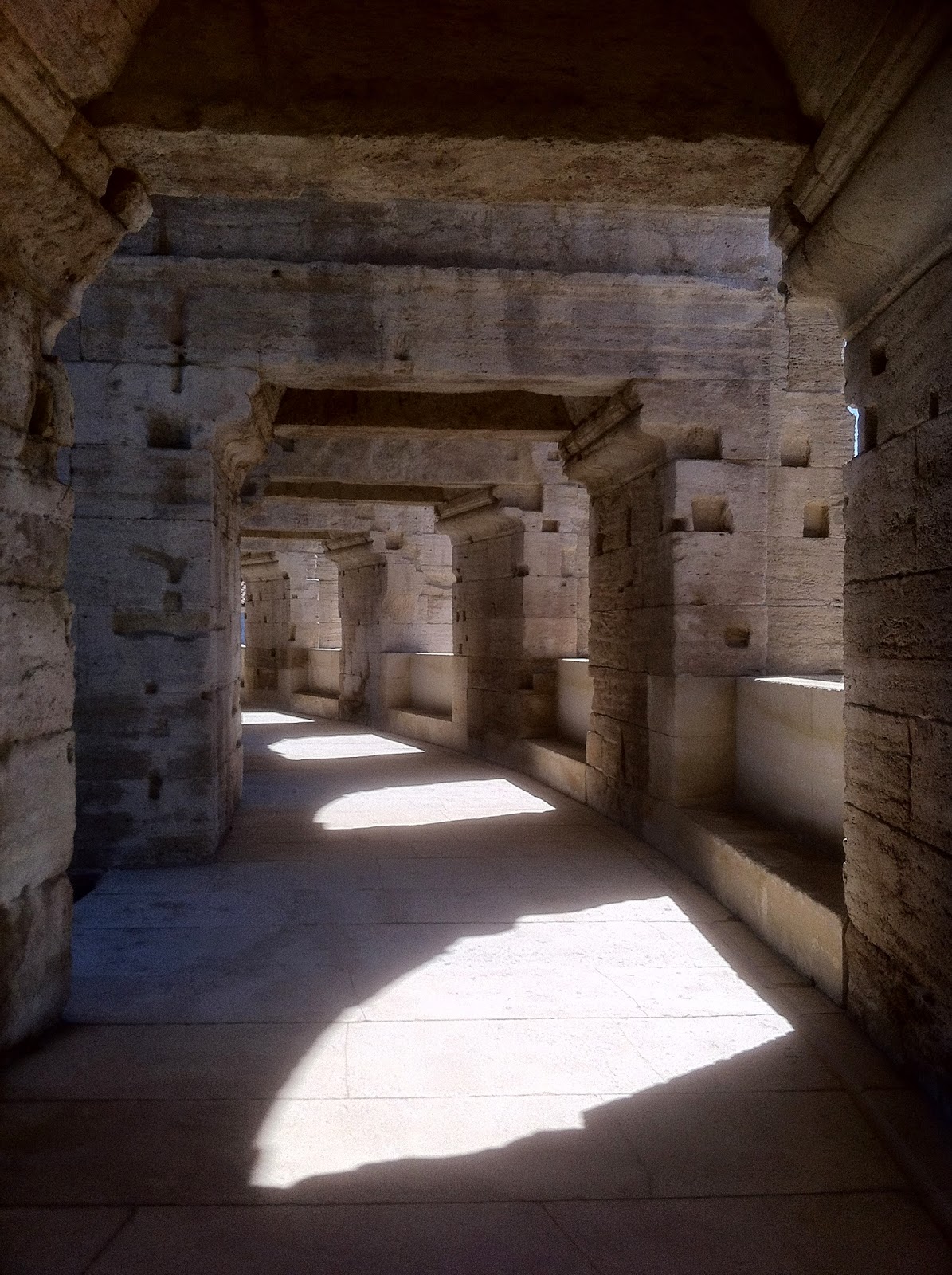 At the top, but not yet the tower 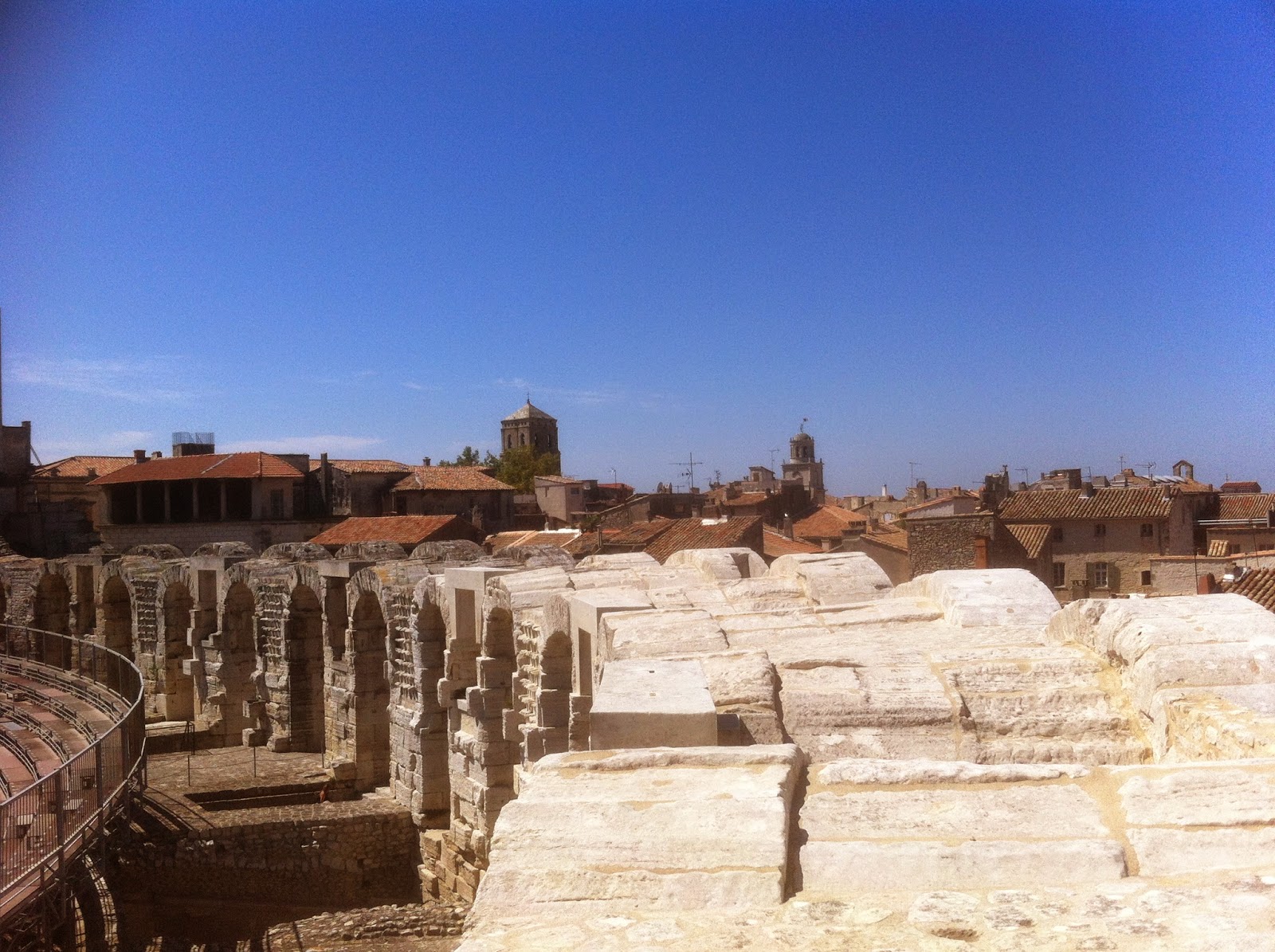 A glimpse of Arles 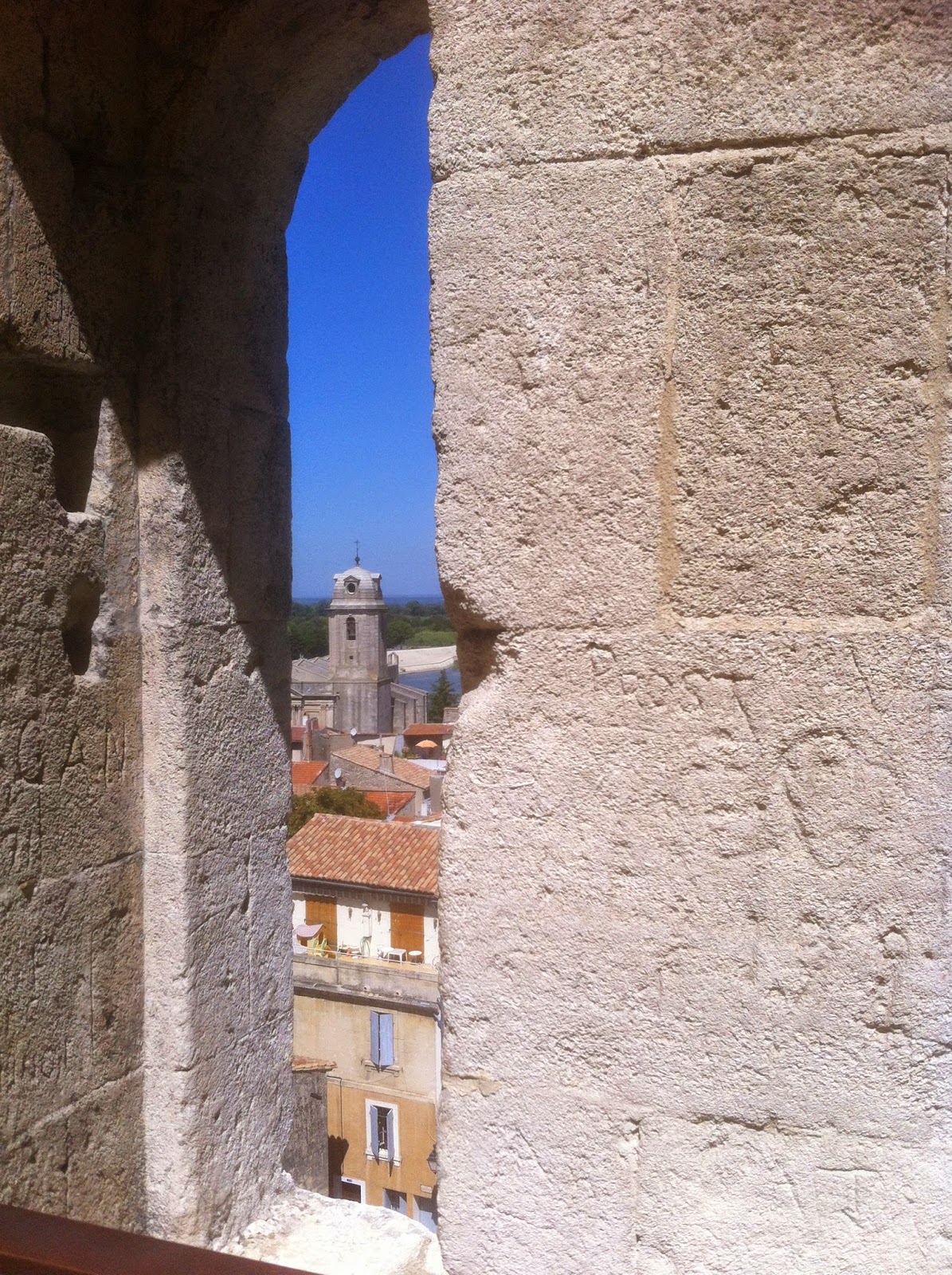 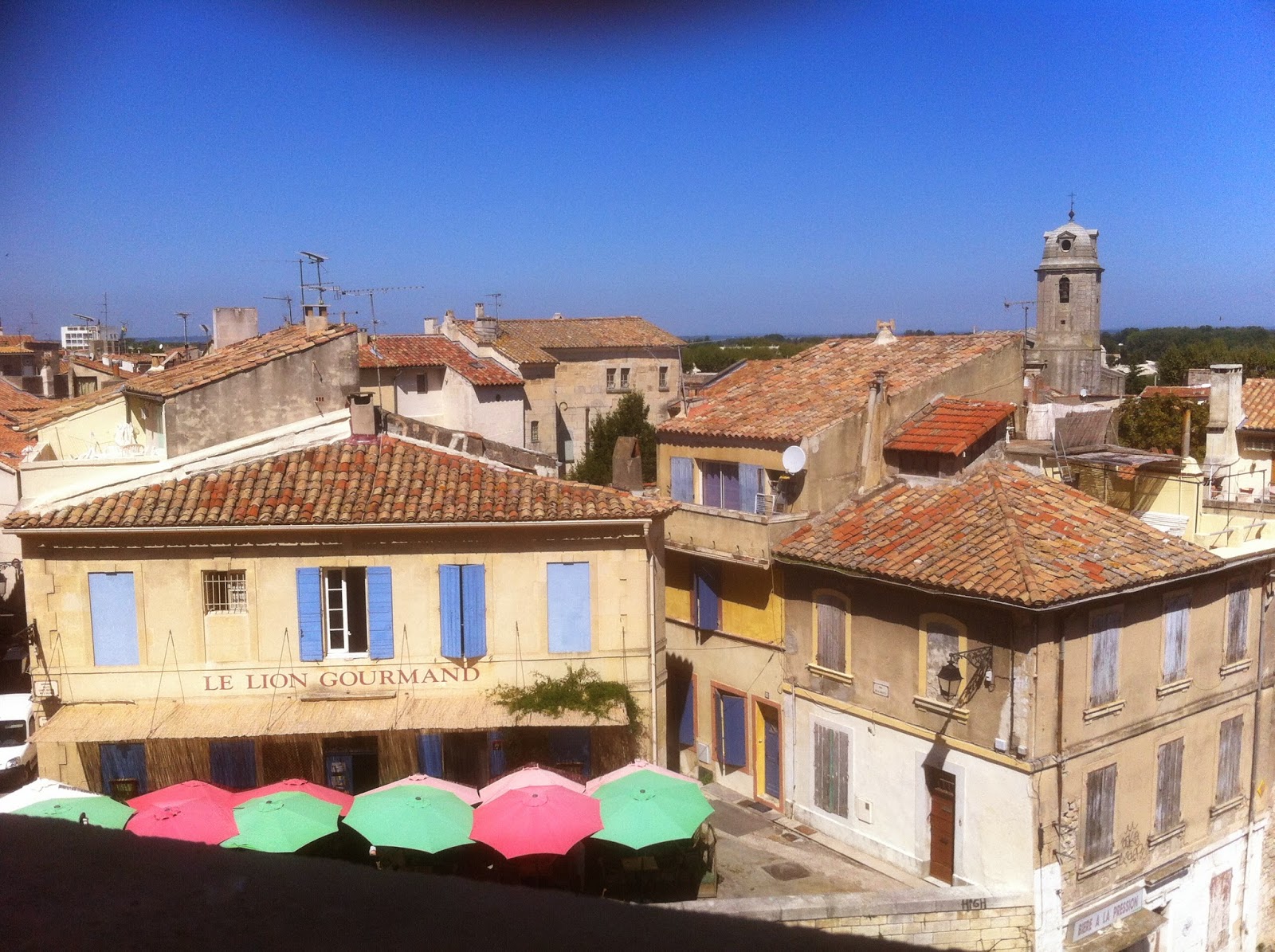 Arles from the tower 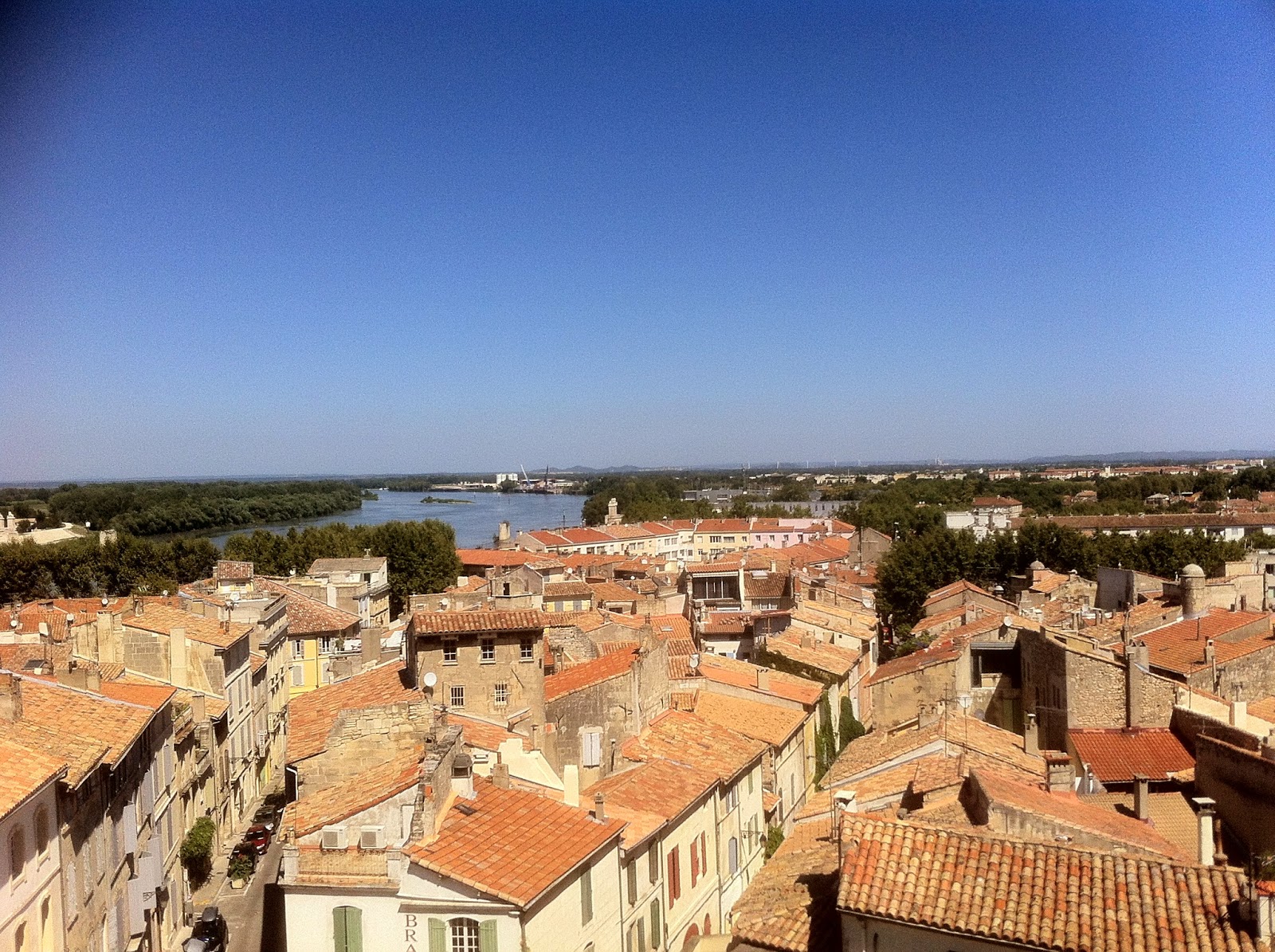 And from higher still 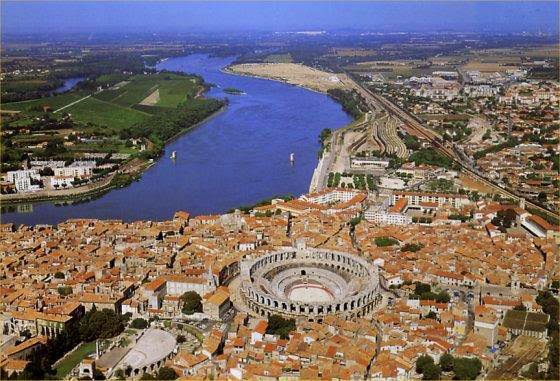 The buildings are so close together it's almost claustrophobic. I'm guessing it was necessary back in the day for security reasons.

How long were you in France?

Five days, Maria. We stayed in Nimes and explored that, along with Avignon, Pont du Garde, and Arles. So much walking and eating and sun. I wondered about blogging about it ie coasting basically on 'holiday snaps' but Record of a Baffled Spirit is basically a family history so that became my excuse :) There's just one final post on this, and that will be Nimes, Avignon and Arles, "Done" as they say.

Beautiful, Mike, thanks for sharing these snapshots! And real medieval names are the best.

Real medieval names - you're speaking to the converted, Jeannie. Unfortunately my wife put her foot down when it came to naming our children. Thanks for dropping by - and for the compliment.