There's a great poem by DH Lawrence called 'Snake.' I can't recommend it enough. It's simple and vivid and captures a moment in Sicily when the writer observses and describes a snake. I still remember the imagery, the silence and the heat the short poem conjured. I remembered it in the ruins of the Roman Theatre in Arles, sheltering from the heat. The stones literally shimmered but I saw no snake, the flicker of a gecko perhaps. 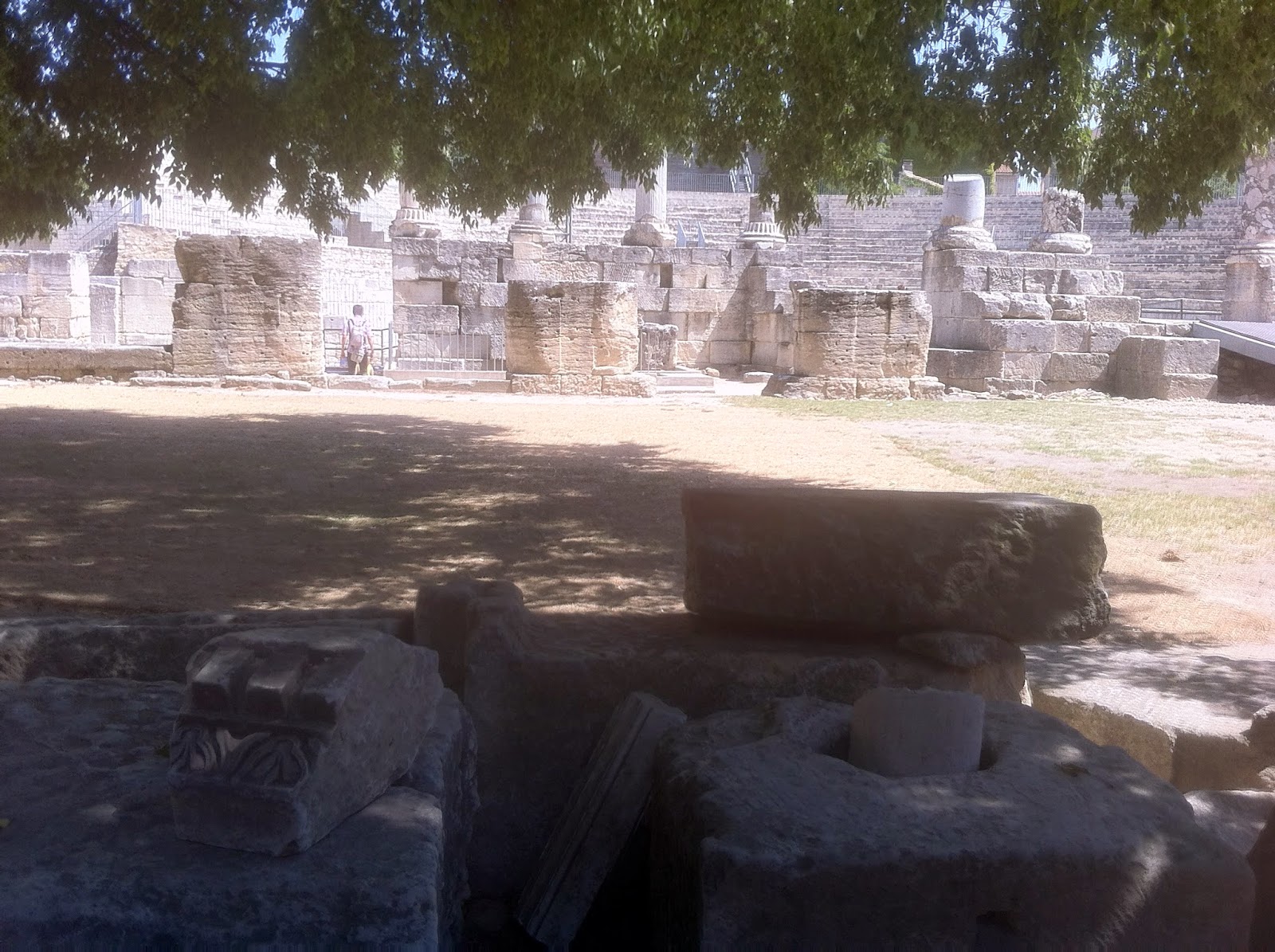 As you explore what's left of the theatre you come across a small courtyard littered with ruined stone. Light and shadow were more dramatic than my camera was able to capture. 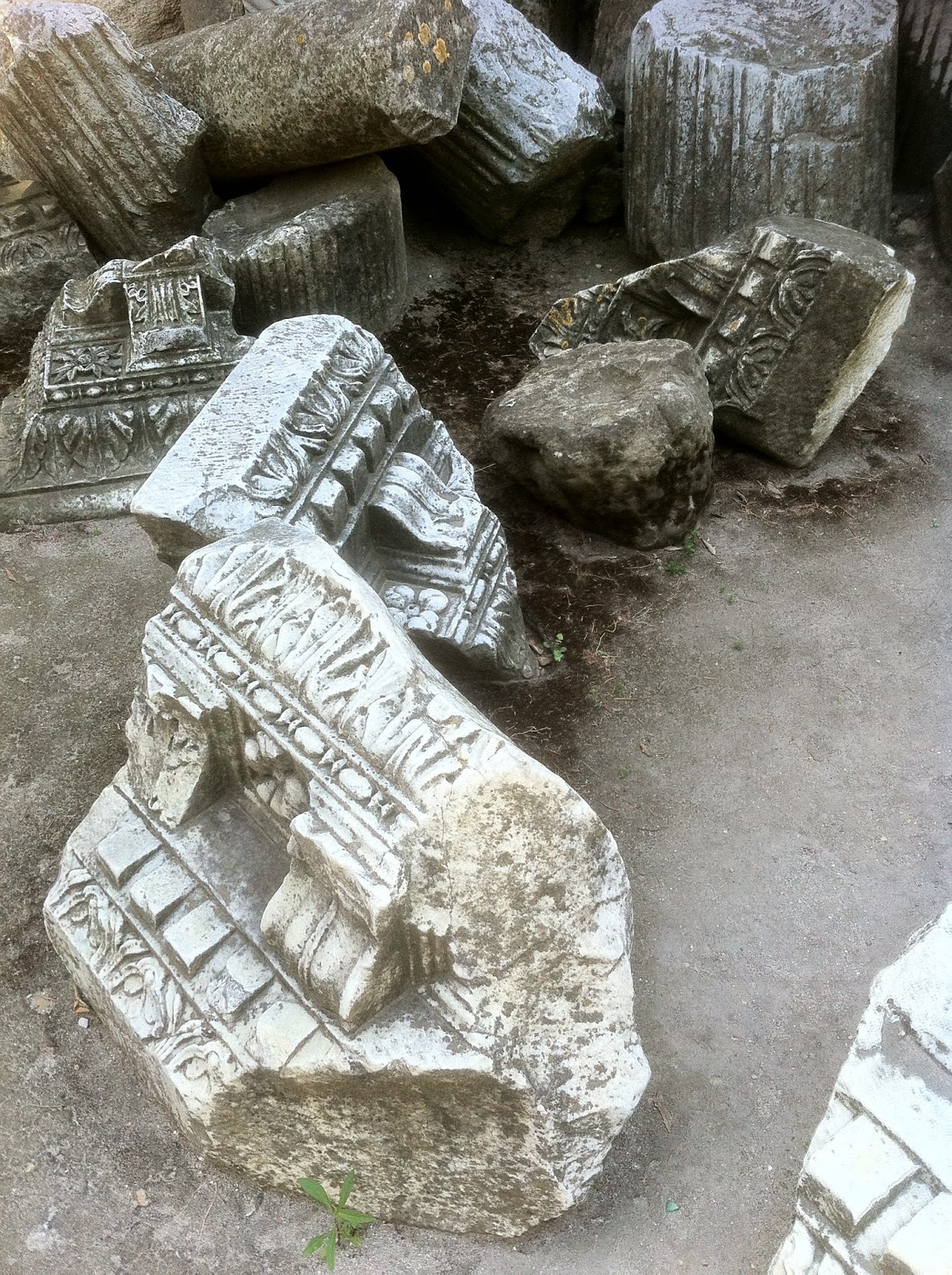 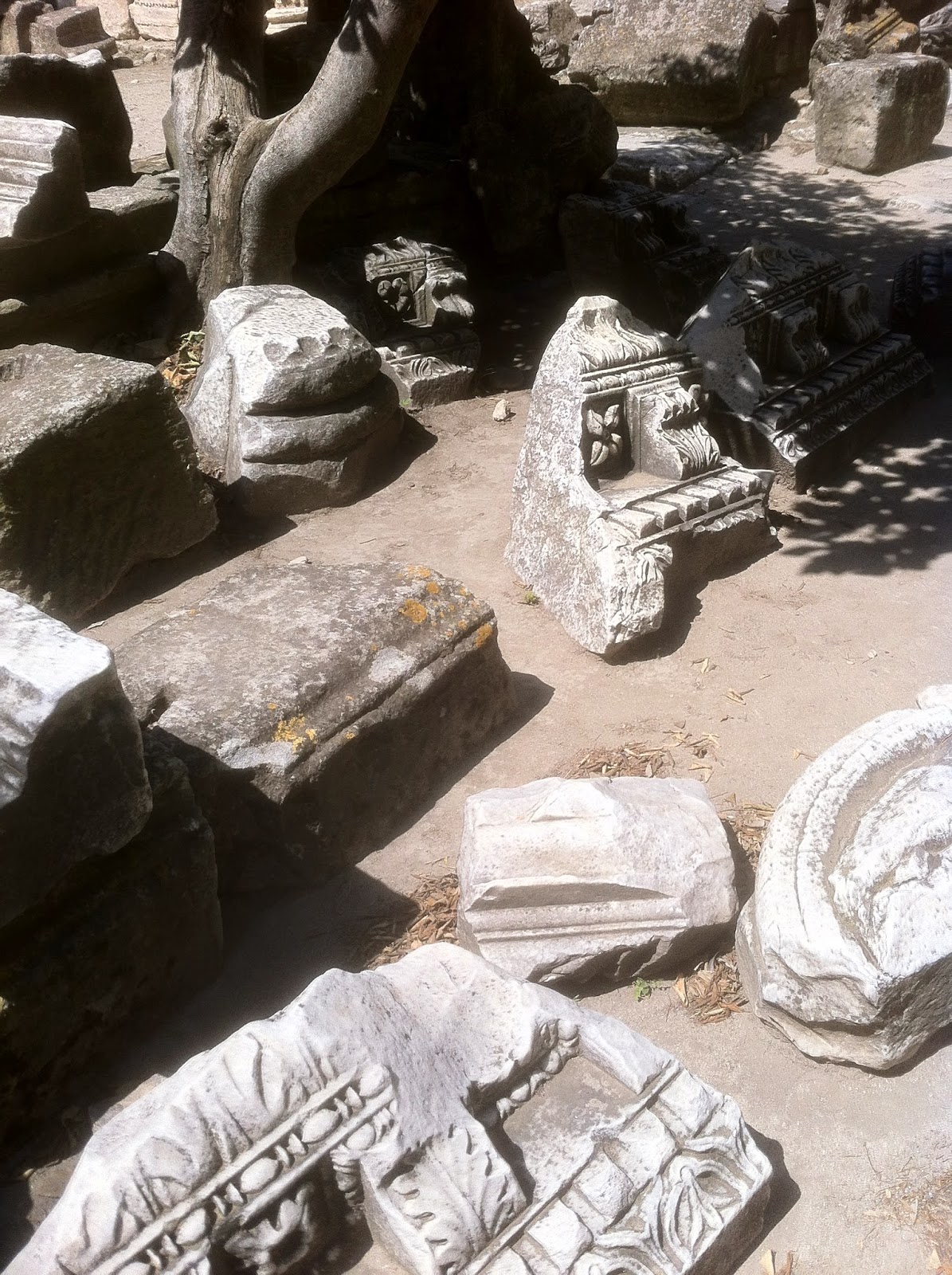 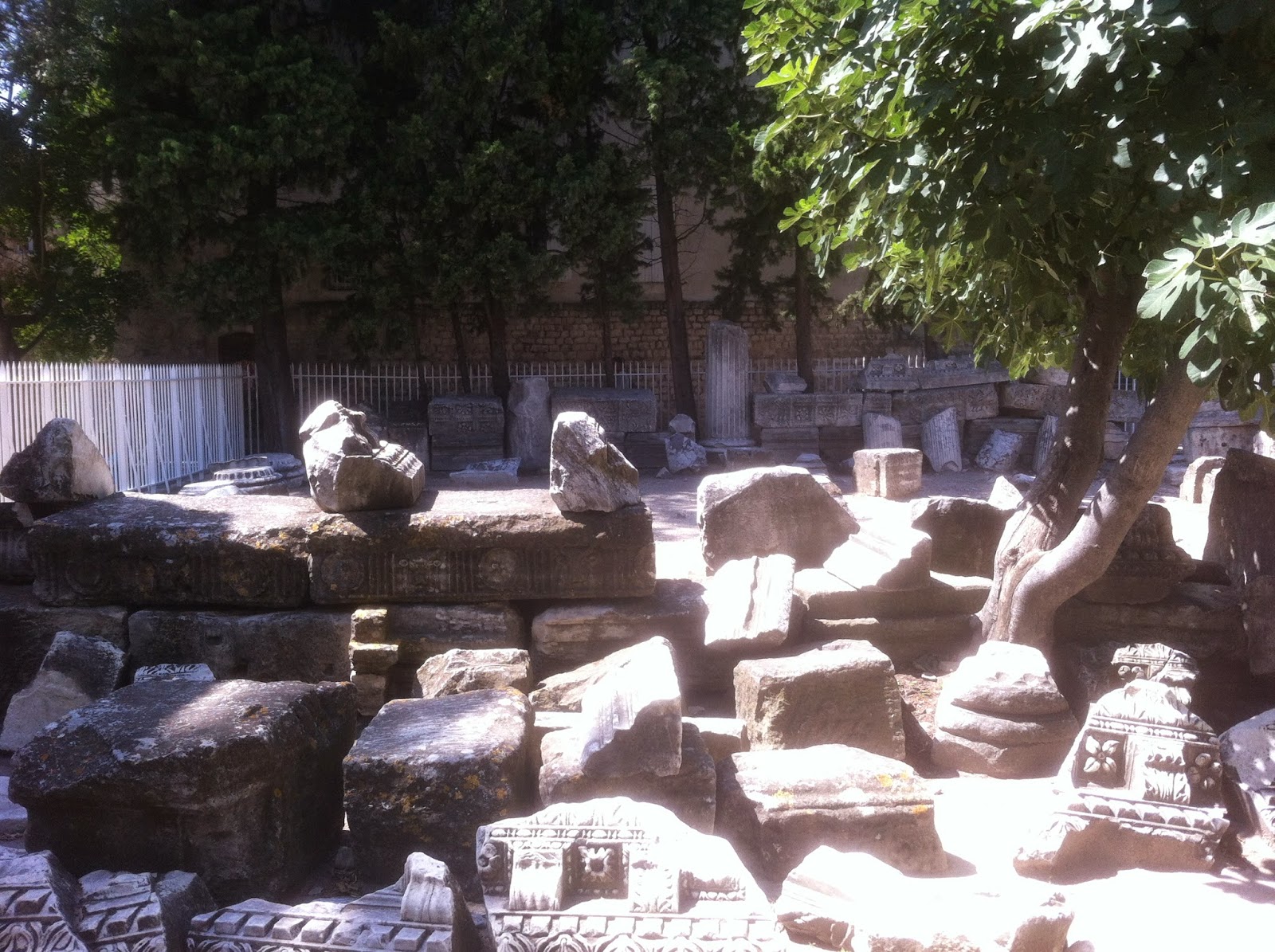 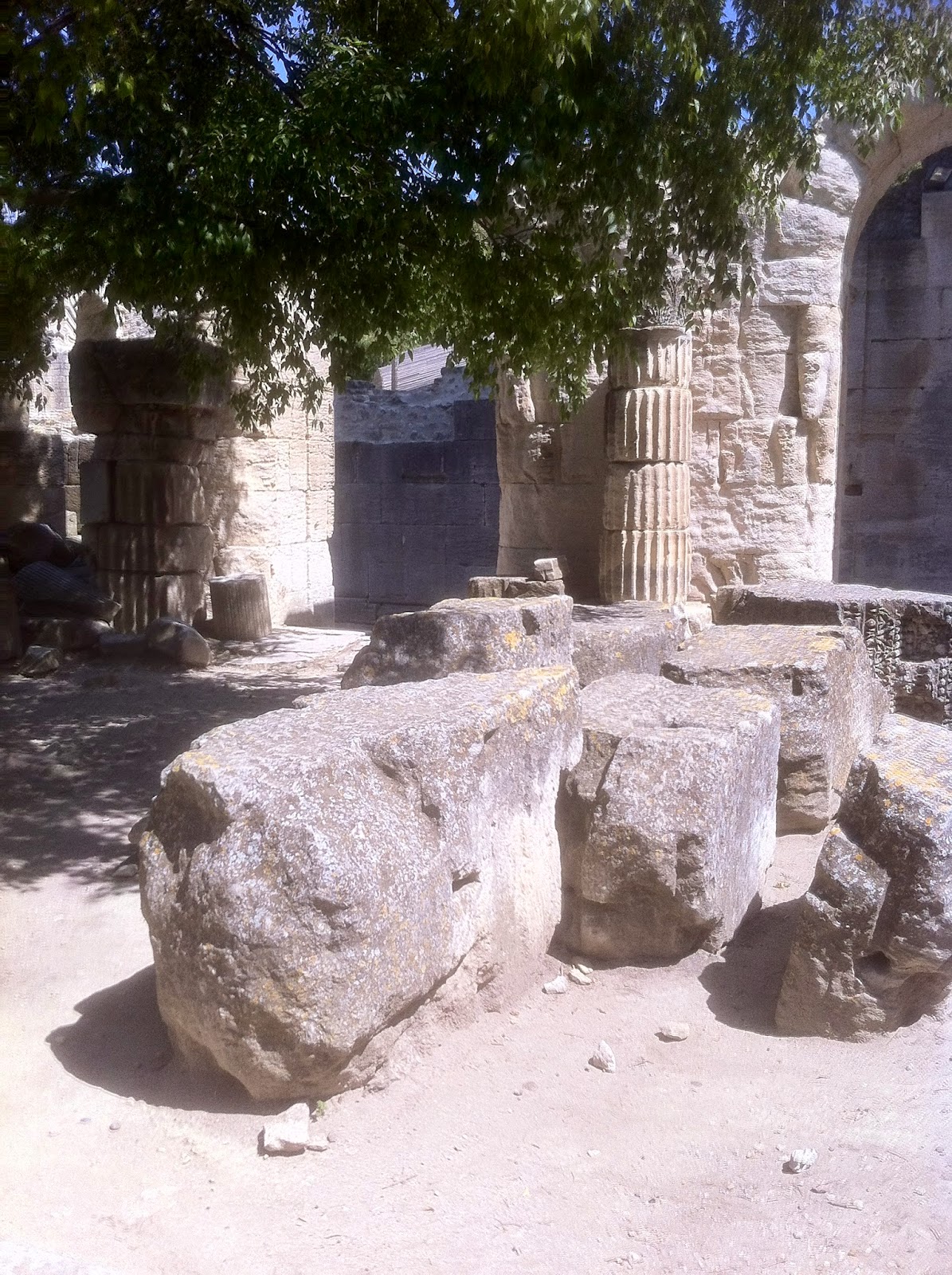 Foliage allowed the stone some relief, and made a nice pattern 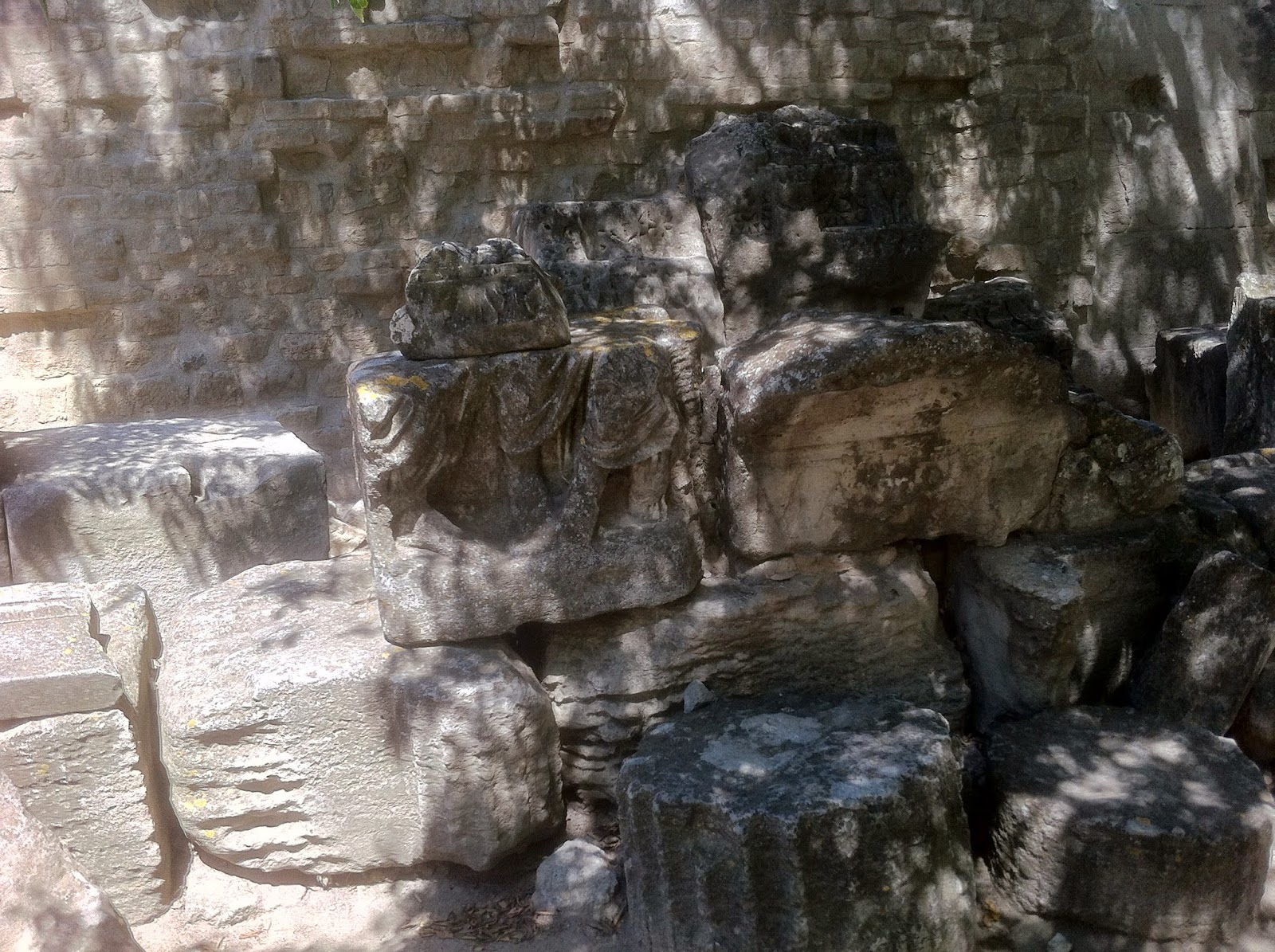 I'm not an expert on Van Gogh so I don't know whether his obsessions extended to stone. But we went to the Arles hospital where they treated his ear, or lack of it, and where, in exchange, he painted this picture of their garden. From the angle he seems to have painted it from an elevated position, perhaps his hospital window. I tried but couldn't get the same angle. I doubt, too, that any will pay similar sums of money for my pictures. 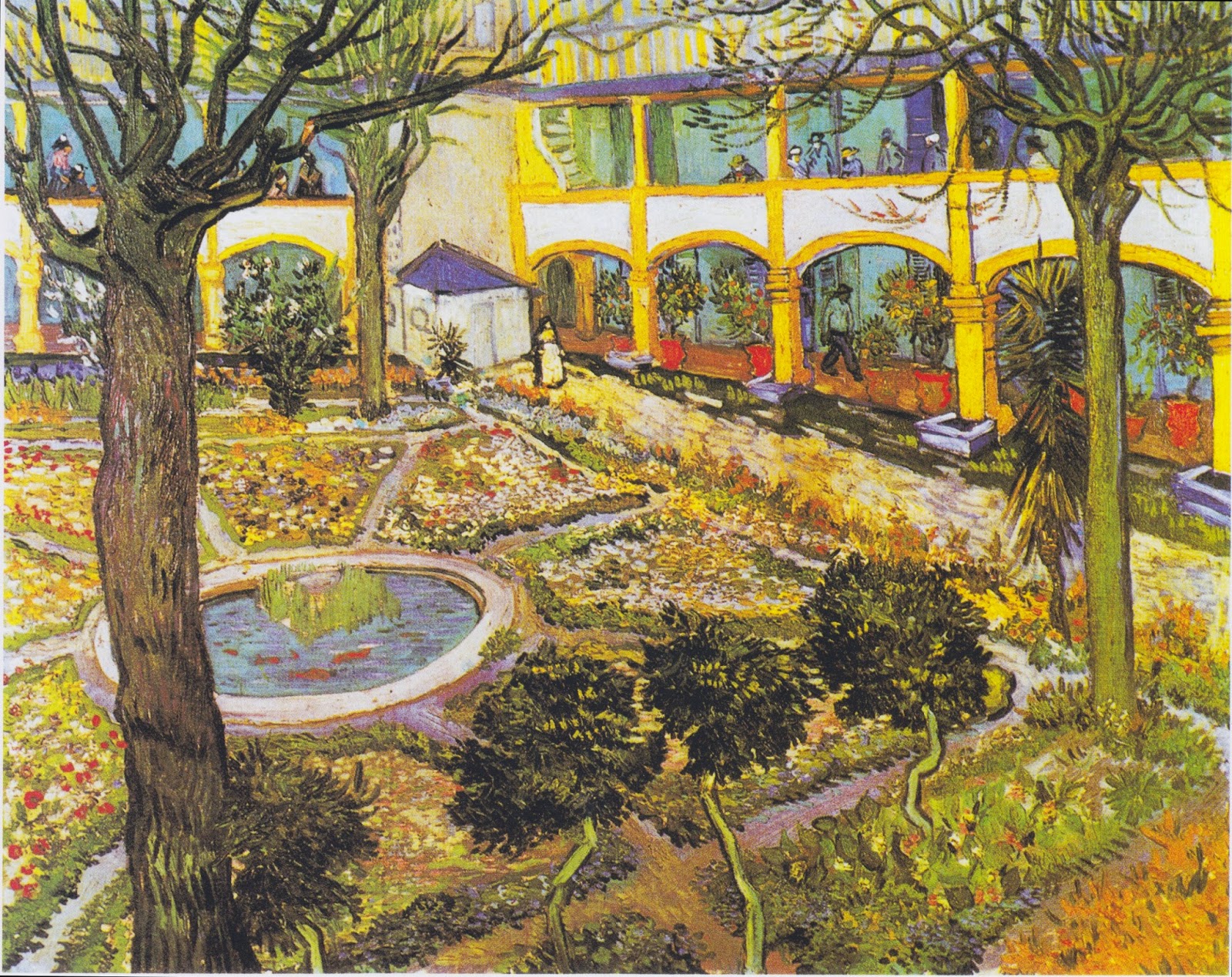 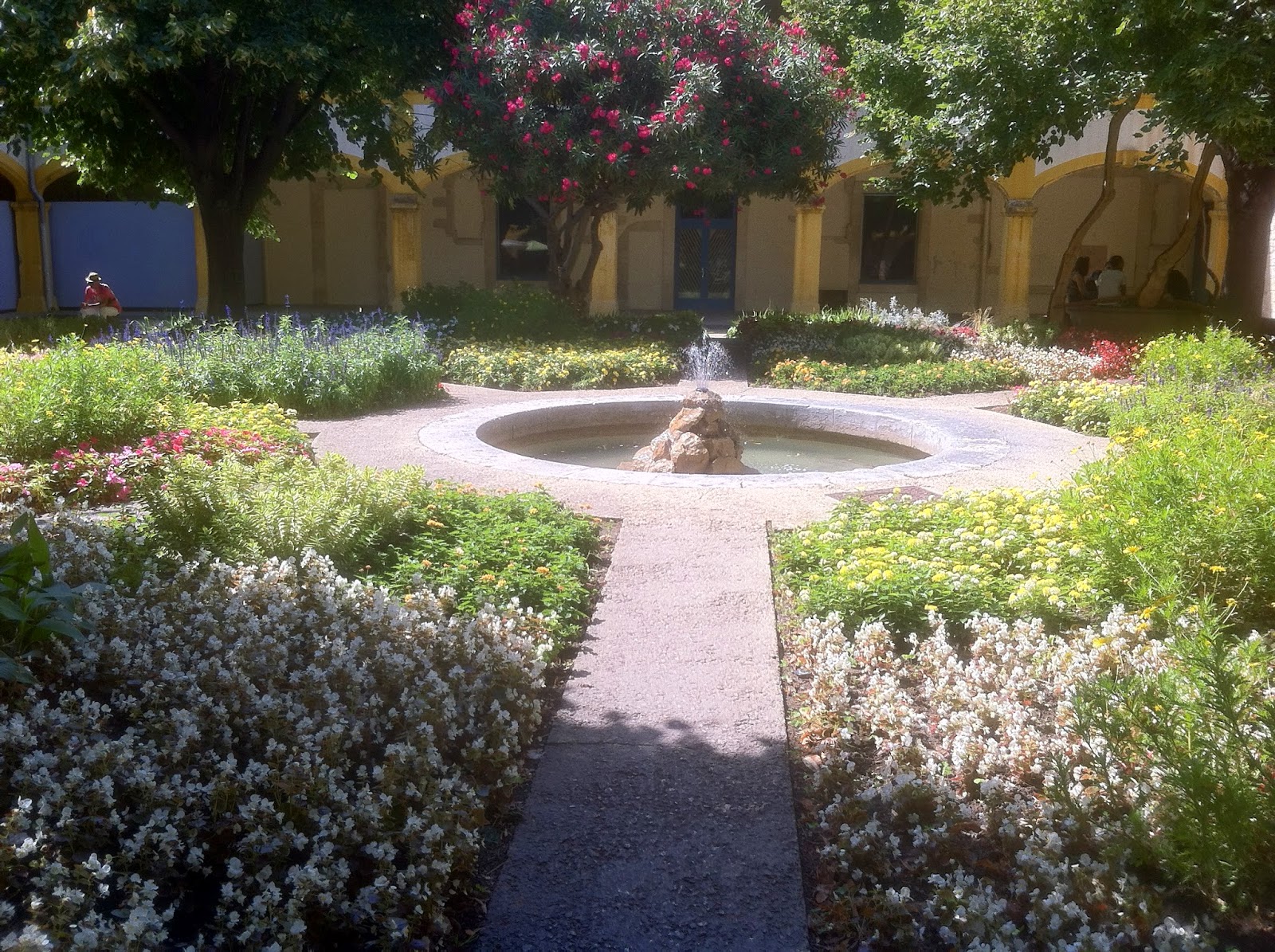 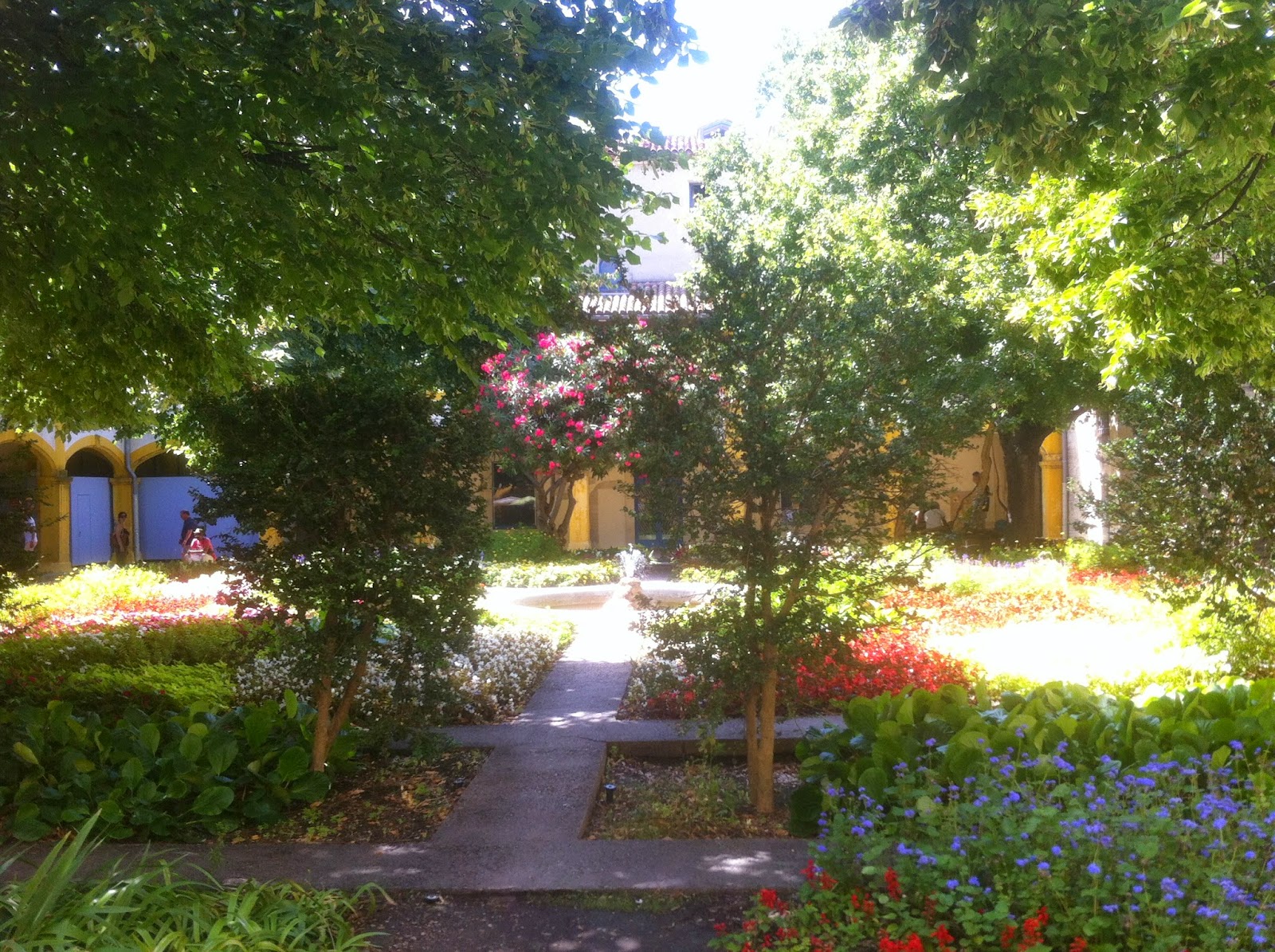 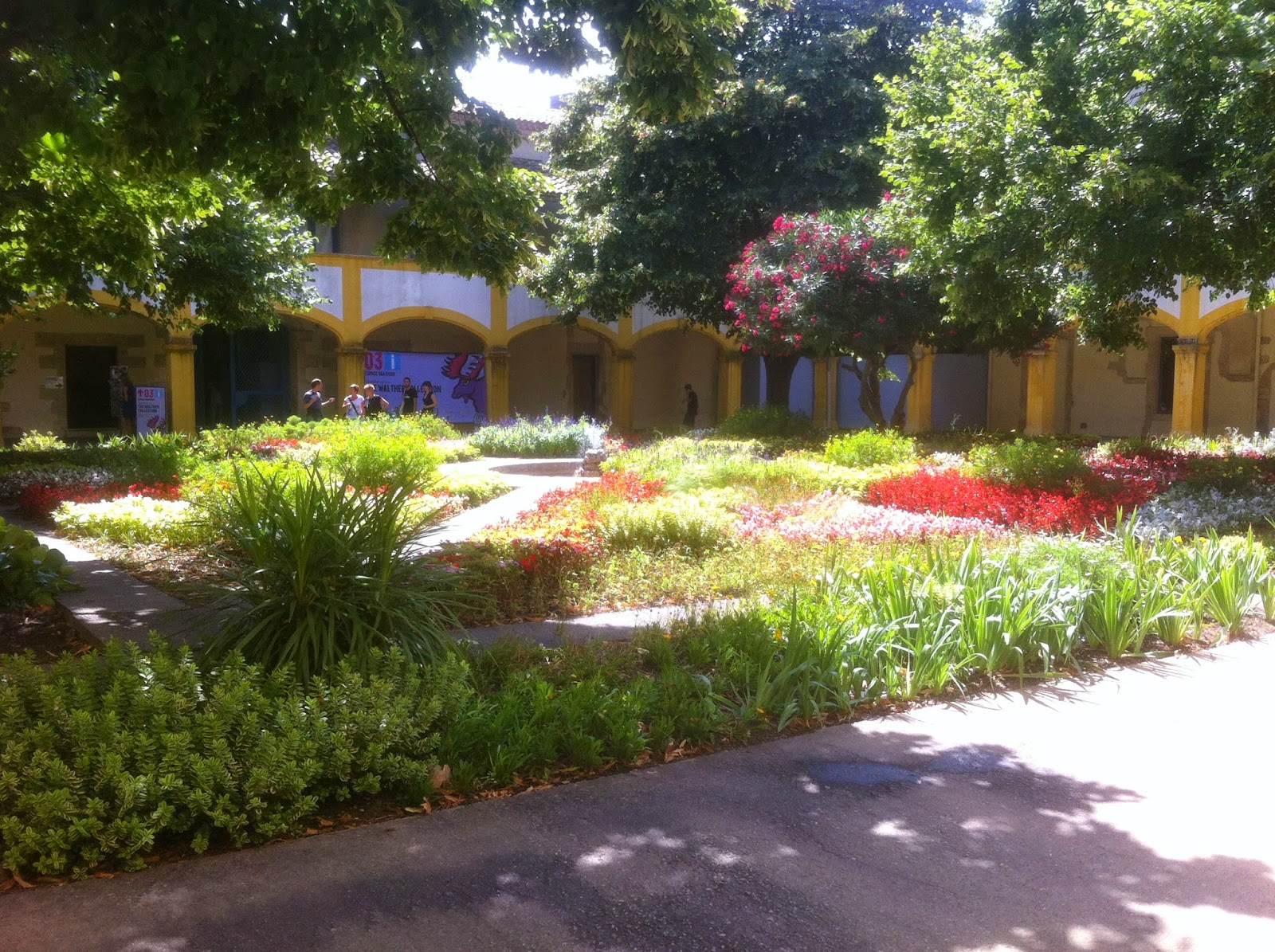 And back to the cool, night streets of Nimes and a plane back to reality. 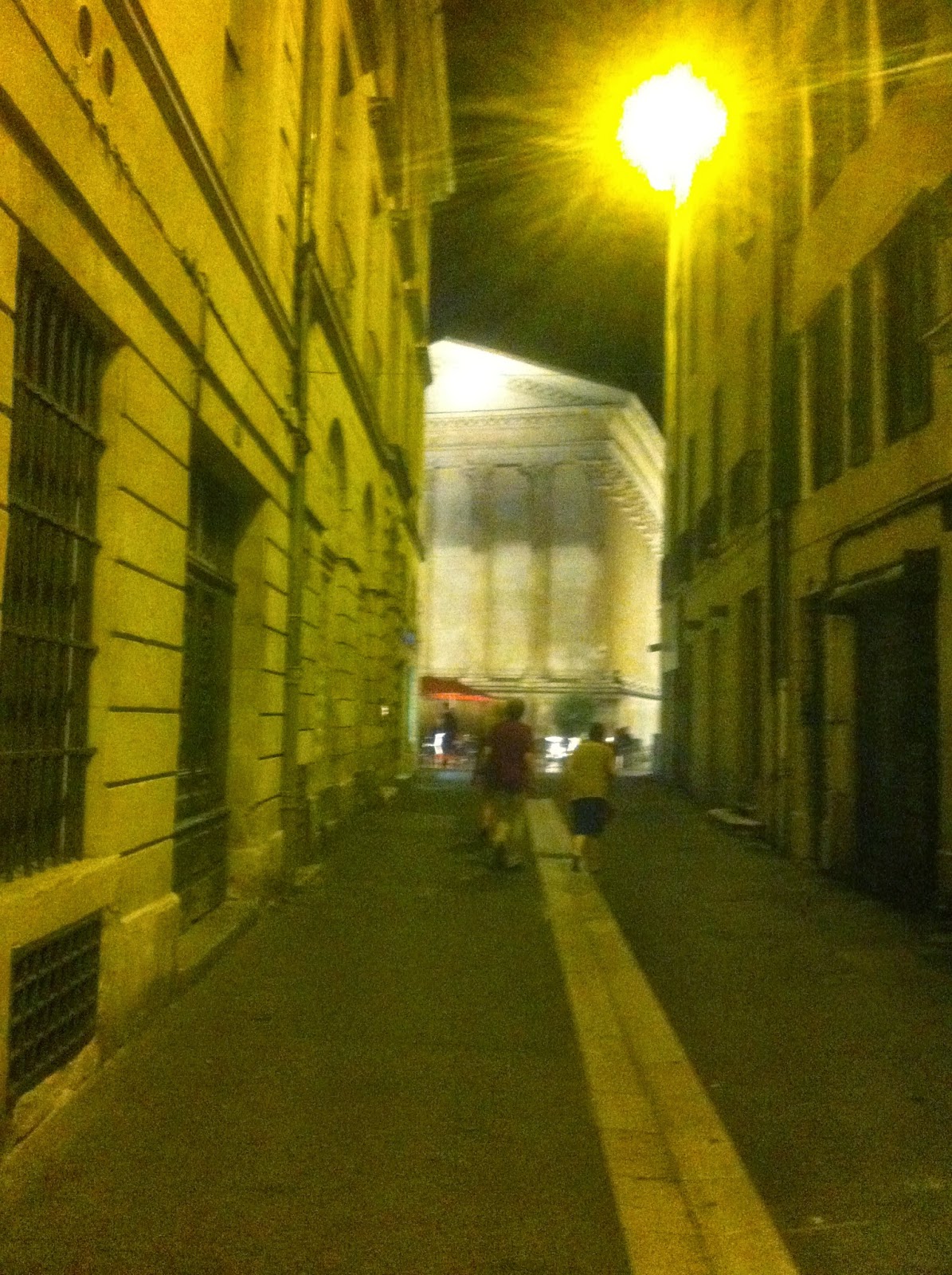 I love the tumbled remnants of friezes. Makes me want to put them together. :)

Thank you, Mac, coming from you it's a compliment.

You know I've just re-read 'snake' on the basis of that memory. And it is so good. Still. If you can google it, it's well worth a read.

Sorry, I meant that second picture : )

I took a moment to find and read Snake. I had not read it before. Thank you.

Thank you, Linda. I'm really happy you read Snake. Knocks the photos into a cocked hat.