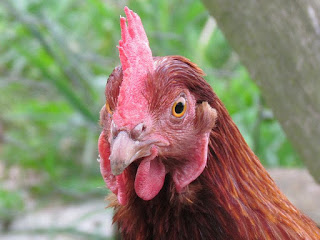 When the thinking stops, I browse social media and pick up every kind of rubbish like a downmarket magpie.

Two days ago, I discovered there was some kind of mystery involving cats and squares of various sizes. I’ve seen countless pictures of cats in small boxes. Facebook is awash with them, but I was unaware of the experiments showing cats were equally attracted to one dimensional squares painted or chalked on the floor. I sat in silent wonder contemplating the mysteries of life and the nature of the experiment itself.

Success was measured by the length of time a cat sat in the square, three seconds being the minimum to record a success. The cats were recorded via a camera or smartphone, and to ensure the chosen cat owners didn’t influence their pets in any way, they (the owners not the cats) were told to wear sunglasses so no eye contact was made. I’ve been told on good authority that cats read minds, so I’m not too sure how effective the sunglasses would prove apart from startling the various cats.

The results, to my mind, were not that successful. Thirty cat owners conducted the experiment in full, which involved six days of trials. Only nine cats were cooperative (sunglasses, the reading of minds). These 9 cats were cooperative in that they sat in a square at least once during the trials. Squares apparently remind them of boxes, which in turn remind them of being squashed with mother and siblings in the days following birth. Squares relieve stress. The same supposedly holds true with big cats, pumas, tigers and lions, which must be a boon for trophy hunters. Draw a square in the jungle and wait.

By this time, I was way down the rabbit hole, googling all kinds of animals—dogs and optical illusions for example. Nothing too definitive there either, though I’m guessing there must be some value in knowing whether dogs enjoy Rorschach patterns and are able to differentiate between bowls that look differently sized but are in fact the same.

Near the bottom of the rabbit hole, where tunnels diverged and proliferated, I stopped by an article on pigeons, a church in Brazil, and a priest who preferred hypnosis to miracles. It was time to turn back before madness took over, though I suspected it was already too late?

The memory came without warning: how to hypnotise chickens by gently pressing their beaks to the ground and chalking a line. I was transfixed, my nose far from the ground and without a square or straight line in sight. I’d once intended to test that experiment and discover whether it was applicable to other birds, pigeons, robins, plover or grouse—perhaps not ravens or crows—but then I wouldn’t know whether it applied to all birds.  Was it too late? Where chickens to be found in Osbaston. I sighed and made a fresh pot of tea, hoping the insanity would pass, knowing at least it was better than the news on the radio.

I have heard about the chicken and cat experiments, but I've never attempted them since I lack both time and interest.

Ah, but I have a trivial mind. Speaking of which, they tried fooling dogs with placing the same amount of food on a) a large plate and b) a small plate, one portion obviously bigger. The dogs refused to cooperate, gobbling up both plates indiscriminately. I was thinking of Odin as I read it.