I hope I have better luck. 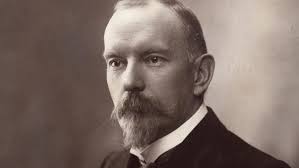 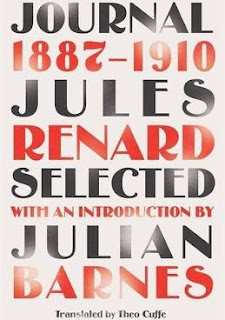 One of the great joys of life is discovering something or someone new, and in terms of the dead, the supply is inexhaustible. I bought Jules Renard’s Journal 1887 – 1910 for my daughter who, to my relief, liked it immensely. But then what was there not too like, the man had opinions and expressed them in unexpected ways. He had none of the showy flamboyance of Oscar Wilde, who he described thus:

'Oscar Wilde next to me at lunch. He has the oddity of being an Englishman. He offers you a cigarette but selects it himself. He does not walk around a table: he moves the table out of the way. A face worked over by tiny red worms, long cavernous teeth. He is enormous and carries an enormous cane.'

But he had all of the wit, and this despite or because of a troubled childhood. His father was a peasant farmer who rose to become Mayor of the village, but after the death of his first-born child he became increasingly bitter, barely spoke to his subsequent three children and didn’t speak to his wife for the next thirty-three years, which must have made procreation interesting. When he had something to say to his wife, he would use the young Jules Renard as go-between and whenever she entered the room he would pause in mid conversation until after she’d gone.  It is perhaps not surprising that Jules Renard, in contrast enjoyed a long and happy marriage with two children he affectionately mocked but adored.

Reading through his journal is a delight, the bons mots interlarded with gossip, every day life, and the profound, most of them involving deaths in the family. But it's the pithy comments, some of them one liners that stick in the mind, and there are hundreds of them.

below are just a few examples and believe me, it was difficult to stop :

German, my favourite language in which to be silent.

While talking, he directs a quantity of spittle in my direction, almost a gob of spit. He does not wipe it off. Nor do I wipe it off. I avenge myself by not wiping it off, and has to keep on talking, his eye drawn unavoidably to the spittle. There is something between us after all.

A friend is like a suit of clothes. You must replace it before it becomes too worn. Otherwise, it is you who are replaced.

With all due respect for the Sermon on the Mount, if you thirst for righteousness, you will thirst forever

How monotonous snow would be if God had not invented crows

When they broke the news to a politician, ‘Your wife is dead,’ he replied: ‘Is that official?’

Solitude, a place where you can finally blow your nose with enthusiasm

Very pleased with myself for having noticed that, when a woman farts, she immediately coughs afterwards

She has teeth worth their weight in gold, literally

I thought you were dead. Oh, well, another time

Not only was he the master of the offhand put down, Renard was also a keen observer of life:

The rat is on the end of a branch, the cat is on the trunk. Neither moves. A rifle shot. The rat falls. The cat jumps, sniffs the air and moves off, impressed none the less by her own powers.

I complain of my lot, but I have just seen a small child with a wooden leg hitting the ground with all his might, in a rage because he could not keep up with the others.

If Renard had any fault, other than his dislike of bananas, it was in his belief that French literature was the only literature worth speaking about. Heine, Dickens, and Thackeray, he consigned to the dustbin. Shakespeare, he found disappointing until, in 1906 he read Julius Caesar. A damascene moment. The Englishman, he concluded was ‘less literary. . . but more human than Victor Hugo; and that, whereas Hugo left us with an image burning in our mind, Shakespeare left us with the truth, the muscles and the blood of truth.’ Renard died four years later, his appreciation of Shakespeare perhaps proving too much for him.

I hope I have better luck, appreciating Renard.