A childhood treat was watching and then later participating in the making of a fire. First the cold ashes were raked out from under the grate, placed on two sheets of newspaper, rolled into a parcel and taken out to the bin. Kindling and more sheets of newspaper rolled up into balls were already at hand. These were placed in the hearth and dotted with small pieces of coal on top and around. The matches were lit and we’d ease back and watch as the first small flames appeared, reinforced by fresh sheets of the Liverpool Echo—one or two sheets kept in reserve.

A sheet was placed in front of the fire with instant effect. Hot air sucked at the paper which had to be held with some firmness. ‘Drawing in the fire’ was the term, encouraging the fire to take hold. Gradually the paper browned. Timing was everything. Leave it too late and the paper would flame in your hands. The trick was judging the moment—release one end of the paper and in the same movement seize the poker and thrust paper and flame up the chimney.

A real coal fire made excellent toast, but the real magic didn’t involve toast. The real magic was staring into the flames and seeing strange patterns that turned to an alternative world. Later, the coal would settle into an intensely deep motley of black and grey, and varying shades of reds from salmon pink to ruby, flickers of crimson. I remember it sucking me in to magical kingdoms inhabited by fire-elves and sorcerous kings.

In time all this was replaced by a modern tiled hearth and a three-bar electric fire. It made lousy toast and the magic vanished. For a time.

The thing is, in those pre-reading years, without TV or any kind of screen, long dark evenings were spent in front of the fire lost in strange patterns; the habit doesn’t die and as you grow older, you realise you walk through invisible worlds unless you know what to see.

In the sky, there are all manner of things. 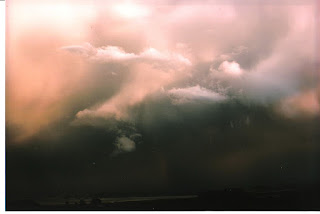 A sky in Wyoming, a storm rolling in. Our tents didn't stay up

In woods, especially so 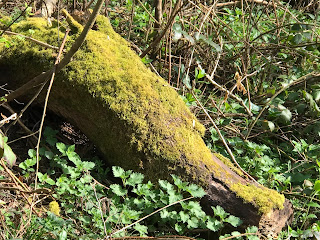 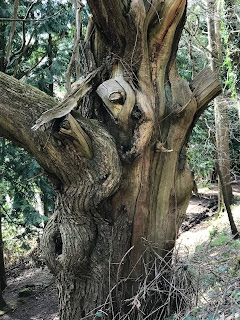 And with thanks to two friends—even in gardens. 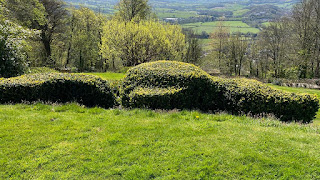 To my mind, sinister topiary. Once seen, it stays in the mind: a fusion of the Green Man and a crocodilian creature from the mythos of Cthulhu. It stalks the innocent with their drinks on the terrace. As twilight falls it edges closer. Sometimes I wonder whether by just saying it the invisible becomes real. But that would be the plot for a book.

And often what isn't there is more fun so maybe it should be . . . and is. 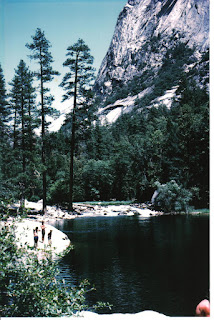 A lake in Yosemite, some friends on a rock, but look down to the right - a pair of exposed buttocks or somebody's shoulder. You decide.