An old friend, an even older Church

A very old friend of mine who served as the personal chef to the Rothschilds, the Duke of Bedford, and the Marlboroughs of Blenheim Palace has since retired in the village of Northleach, one of many small and picturesque Cotswolds’ villages. He also makes a pretty wonderful tour guide, condensing Northleach, Hampnett, Minster Lovell, the Slaughters, Burton on Water, and a rather unique village café/shop in Sherborne run by two Mancunian women – in the space of five hours.

The danger with all this is a surfeit of pictures, so I’ve cheated with Northleach. Suffice it to say it has, like many medieval wool towns a large and impressive church. I found it a bit soulless inside – the pews being replaced by small chairs and cushions but the history and brasses are well worth a look here.

About a mile farther down the road is the tiny village of Hampnett. What you see is what you get. 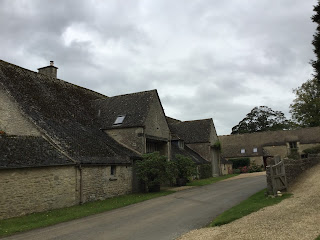 St Georges Church being photobombed by a tree. 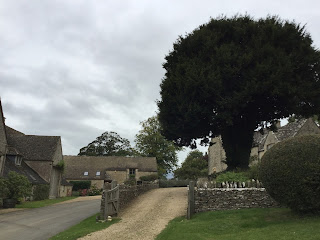 The church was originally called St Matthew's but was renamed St George's in 1771. It  dates to 1125 but has a C15th tower and South Porch. 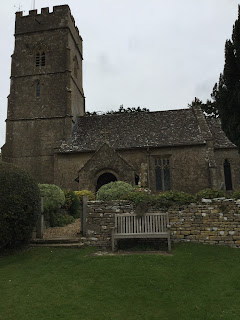 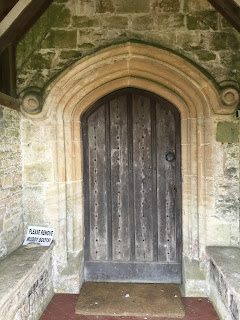 
Entering the church was liking walking into an orchard. The smell was sweet, and intense. 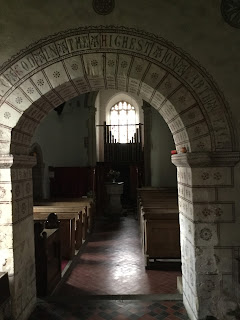 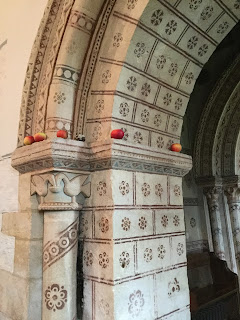 The Chancel is Norman with some interesting additions—other than the apples. In 1871 the Reverend William Wiggin took it upon himself to decorate the interior with highly detailed mock medieval stencilled artwork. Byzantine meets Gothic you might say. His parishioners were far from impressed, collecting money to have all of it whitewashed. Fortunately, I’d say, they failed 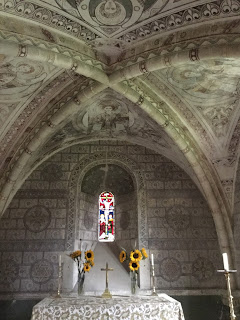