Goodrich Castle and the Tubular Ghost

We didn’t pick a particularly nice day. The weather was overcast, turning the Herefordshire countryside into Mordor littered with castles. Goodrich castle is one of my favourites and right on our doorstep. It was built in 1095 by Godric of Mappestone, a Saxon thane. Initially constructed from earth and wood, it was designed to guard the borderlands from the turbulent Welsh.

The stone keep. It was originally higher and had battlements 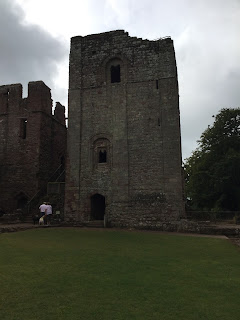 Entrance into the Keep. Note how thick the walls are. 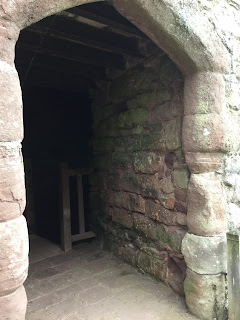 A stone keep replaced the original castle in the C12th and reflects the age where defence was paramount and comfort came a poor third. The walls are so thick there isn’t room to swing a cat inside,  and the obese have no chance of climbing the stairs. These follow the corkscrew model and are exceptionally narrow. From the top you can see the Welsh hills, the surrounding terrain and a threatening sky. 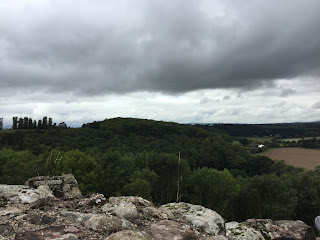 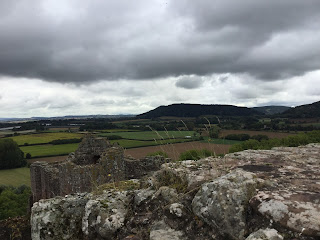 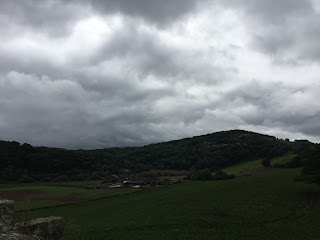 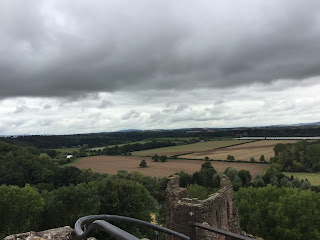 Some people inadvertently catch UFOs in their shots. I seem to have caught an alien structure. It wasn't there when I took the photo and I have no rational explanation. 'Tubular Ghosts.'

The castle guarded crossing points to the River Wye, the old Roman road from Gloucester to Monmouth and was part of a chain in the Hereford—Ross-on-Wye area. The Keep also has its own ghost, an Irish chieftain who was imprisoned and died there.
The  square Keep shown below looks substantial but its weakness lies in its corners. As the castle developed towers were built round ie without corners and so therefore harder to undermine. 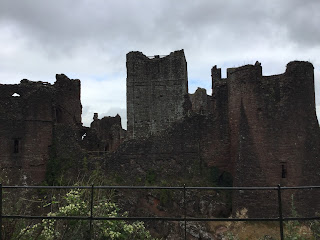 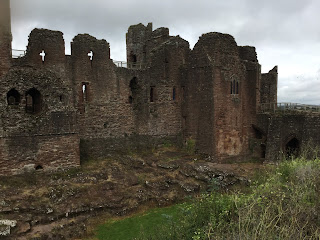 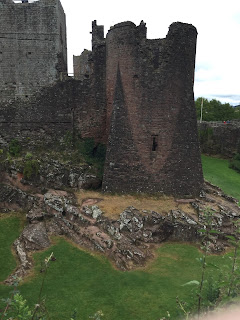 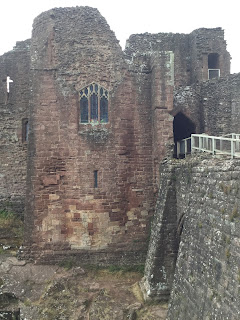 As you approach the Gatehouse and pass through, you can see the usual arrow slits to either side, and the murder holes from above. What is unusual however is the proximity of the Chapel to the Gatehouse. This is taking ‘Muscular Christianity’ to the extreme, for in the wall is an arrow slit—part of the defence of the Gatehouse and when the bar was drawn back to open the great wooden door, it passed through an aperture in the Chapel wall and blocked both altar and tabernacle. 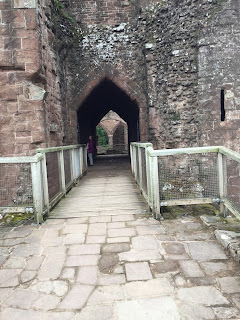 Entering the Gatehouse. A very beautiful lady is inspecting an arrow slit on the other side of which is the Chapel. 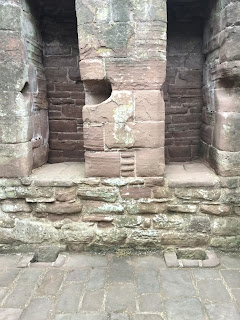