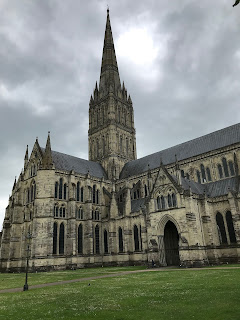 The spire and tower at 404 ft high is the tallest spire in England and probably built between 1300 and 1330. The spire was seen as directing people towards God and can be seen from miles away 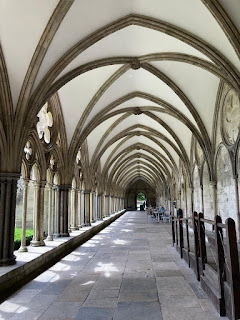 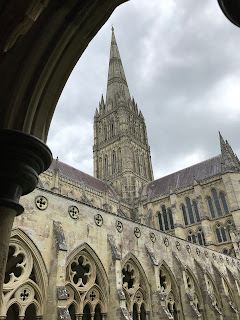 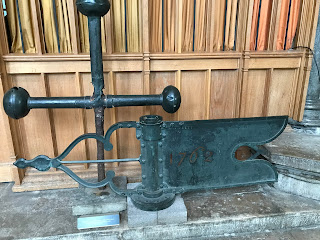 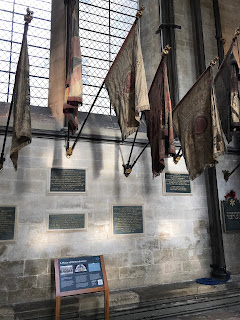 According to military tradition, old colours are ‘retired’ in a special ceremony and left to hang until they fall apart. When this happens, they are taken down with their pike and a special service is held during which they are buried in an unmarked grave in sacred ground.  These particular colours are well on their way. 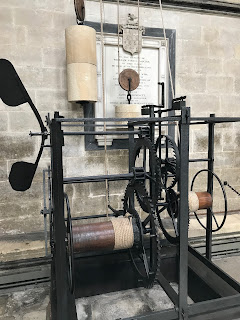 This is the world’s oldest working mechanical clock, made in 1386, possibly earlier. It told the priests when to pray and made sure religious services started on time. Unlike modern clocks it has no dial or hands but tells the time by striking the bell on the hour. The clock was originally kept in a separate tower with the cathedral’s bells. When the bell tower was taken down in 1790 the clock was moved inside the cathedral.

The clock is still wound up every day and has ticked over 5 billion times. I thought you might want to know that. 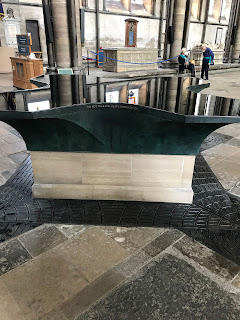 Above is the font and below is the magic. The font gives a perfect reflection of the cathedral's roof. 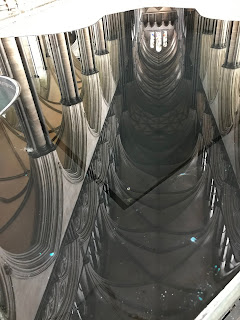 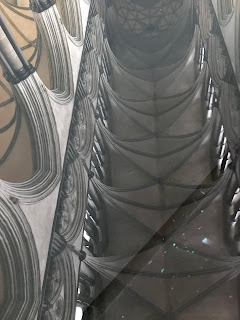 Two pictures of the interior. Not reflections. 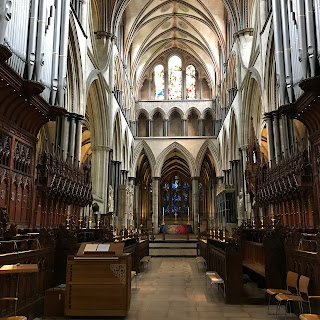 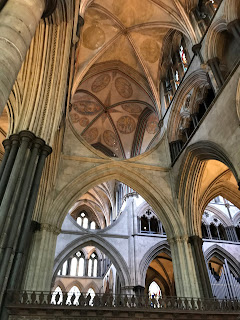 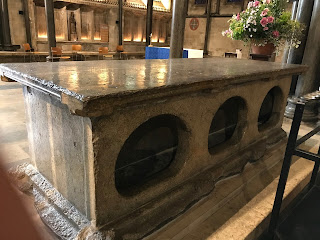 Osmund was bishop of the first Salisbury Cathedral at Old Sarum, from 1078 until his death in 1099. He was first buried at Old Sarum but in 1226 his tomb was moved here. The foramina – holes in the sides of the tomb allow sick people to reach in and get closer to Osmund’s body, in the belief that this would make them well. Osmund was made a saint in 1457 and a magnificent shrine was built in his honour – destroyed during the Reformation when the worship of saints was forbidden. The Shrine contained so much gold and precious stones that it took a month to take it apart—which perhaps explains the real motive behind its destruction.

And a very special tomb from both sides. 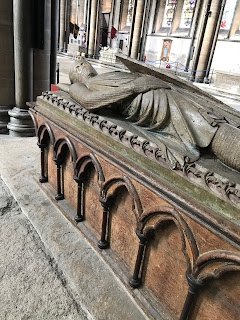 William Longespee, Earl of Salisbury (1176 – 12 26) was a bastard of Henry 11 and therefore the half-brother of King John who he remained loyal to until almost the end. He became an earl when his other half-brother Richard the Lionheart found a wife for him, Ela, a wealthy noblewoman with connections to Salisbury. A giant of a man with over-large weapons he fought across Europe but, according to the chronicler Roger of Wendover, was poisoned on the orders of Hubert de Burgh (note that name) Old Roger was a bit of a fantasist so many took the story with a pinch of salt until….. see below. 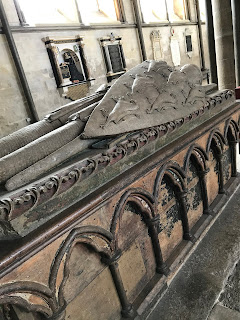 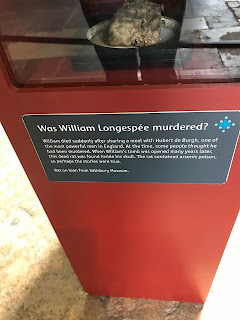 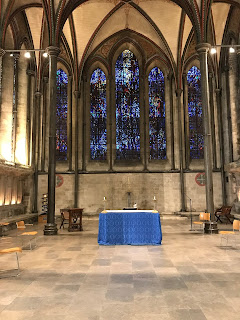 a small chapel for reflection. 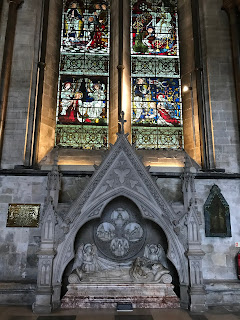 This shrine more than glorifies the Seymour family. 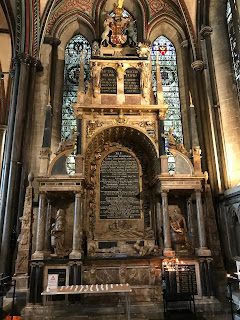 The Shrine should have an even larger placard ‘But I get up again!’ Though  this goes for the Cathedral too, when you consider it's history. But back to Edward and his splendid shrine.

Edward Seymour was the nephew of Jane Seymour, third wife of Henry VIII, so he knew what he was doing when he married Lady Catherine Grey in 1560 and had good reason to do it in secret. Catherine Grey was the sister of the unfortunate Jane Grey, Queen for nine days. As far as the new and endangered queen Elizabeth I was concerned, Edward was playing marital politics. Poor old Catherine was imprisoned in the Tower of London. Edward was imprisoned elsewhere in the Tower. Despite this, Catherine gave birth to two sons. In 1562 the marriage was annulled and the Seymours were censured as fornicators for their ‘carnal copulation.’ Edward was released from the tower when Catherine died, but the two children were now officially bastards. In 1582, Edward married again— in secret—and was arrested. And he secretly married once more in 1601, possibly on the basis that Queen Elizabeth didn’t have much longer to live. This glorious monument was erected in 1625. It shows Edward and Catherine lying together, and their two sons to either side.

Under the floor, the Cathedral’s foundations are only 4 ft deep which is surprising given the size and weight of the building. The foundations are made of flint stone held together with lime mortar. They are on top of gravel left by the nearby rivers. In 1915, the water came up through the foundations, flooding the cathedral. 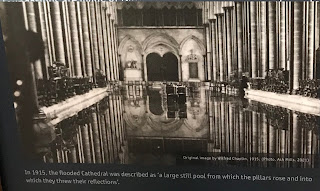 If you ever want to switch gears, you can always turn to historical travelogues. I love these posts.

That’s a nice thing to say, Maria. Thank you. Confession time, photos are useful when I can’t think of anything to write