Message in a bottle

I imagine art was once an intuitive melding of vision and craft and judged on those terms, albeit with a nod to the idea that beauty is in the eye of the beholder. Conceptual art has elevated the ‘nod,' making it part of the ‘art’ itself.

For the conceptual artist, the idea or concept behind the art is apparently more important than the finished work.  A conceptual artist may use whatever materials and whatever form is most appropriate to putting their ideas across. It is the thought processes and methods of production that create the value of the work.

Another authority claims that ‘it raises the issue of authorship, time, space, and even ownership.’

Hence, I present to you: 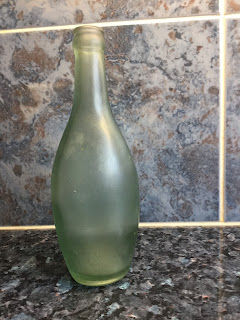 It was given to me some years ago by friends who’d discovered the joys of deep sea diving. They found it embedded in mud at Scapa Flow where, on the 21st June 1919, Rear Admiral Ludwig von Reuter  scuttled the German fleet rather than allow it  fall into Allied hands.

Between 10am and 1700 pm  on that day, 52 German warships were deliberately sunk much to the displeasure of the British who got there too late to stop it. 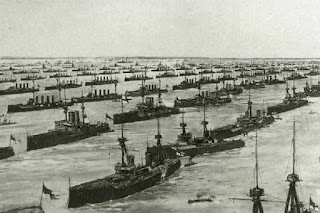 Admiral Freemantle felt obliged – through an interpreter – to give the Rear Admiral Ludwig von Reuter a public dressing down for behaving ‘dishonourably,’ though privately he admitted ‘I could not resist feeling some sympathy for von Reuter, who had preserved his dignity when placed against his will in a highly unpleasant and invidious position.’

Another British Admiral – Wemyss – even expressed relief:
‘I look upon the sinking of the German fleet as a real blessing. It disposes, once and for all, the thorny question of the redistribution of these ships.’ He may have had the French in mind, who’d set their hearts on acquiring at least some of them and perhaps the very bottle I occasionally stroke.

After almost a century beneath rolling seas, scoured by sediment, weed, and small scuttling things, it has the feel of warm silk; it conjures up images of the man that last drank from it, and when you blow over its top, you detect the echo of German Imperial pride—if you’re so minded.

In the words of Admiral Reinhard Scheer:
‘I rejoice. The stain of surrender has been wiped from the escutcheon of the German Fleet. The sinking of these ships has proved that the spirit of the fleet is not dead.The last act is true to the best traditions of the German Navy.’ 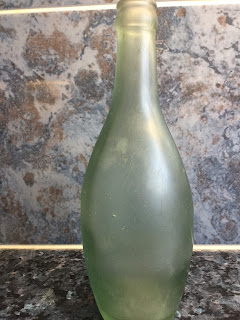 It's not a pretty sight

I think I was born judgemental, coming out of the womb in horsehair wig and red robes, a tiny gavel to hand. I imagine I had view on the quality of the placenta, my mother’s milk. I certainly had views on codliver oil and National Milk powder that came in blue and white tins. A Catholic education fed the urge to judge even more. The nuns were ferocious and unbending, and we learned the script quickly. Marxism was another layer, another script, another worldview. Then there was teaching and the never-ending supply of weird and wonderful minds.Unfortunately teaching involved grading, making judgements based on attendance records, ‘personal qualities’ and academic achievement. The judging continued via staffroom gossip and the subliminal drive for consensus.

I think it was teaching—not the fabled summer of ‘peace and love’ that passed me by in a blip—which undermined certainty and the desire to judge others. After ten years of ‘judging’ I’d had enough, and I had another twenty or so years to go.

The habit though is hard to resist and I still cringe at how I once judged a middle aged Dutch couple who invited me to dinner in Queens. I found them boring and failed to appreciate their generosity—certainly with sufficient warmth—though now of course I’m judging myself. Judgmentalism is  indiscriminate. It strikes where it can.

Judging has a more benign twin: ‘sizing up.’ In fact ‘sizing up’ the stranger is an essential life skill, especially in Liverpool where it’s taught in the womb.

Explaining the difference between ‘sizing up’ and ‘judging’ is relatively easy. A few days ago I passed a man, well into his middle age, walking arm in arm with an attractive Filipino woman. ‘Sizing up’ conjured up various scenarios/explanations—a habit with me. I do it everyday on the keyboard. Sizing up possibilities is relatively neutral. It becomes judgmental when you focus on one and vent an opinion—whether it be ‘Good on you, mate’ or ‘you should be ashamed of yourself.’

I have yet to achieve the serenity of Buddha or the kindness of Christ. Politicians remain fair game along with celebrities and pundits pissed on ego juice. There are times when I spit with rage. I try to be alone on such occasions. It’s not a pretty sight.
Posted by Mike Keyton at 04:21 No comments: 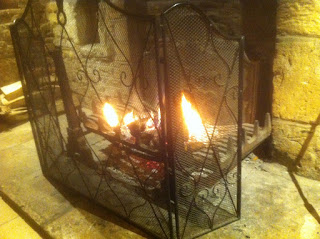 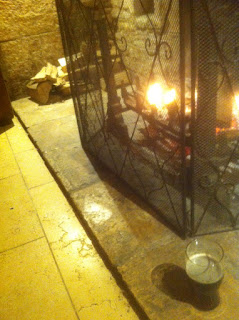 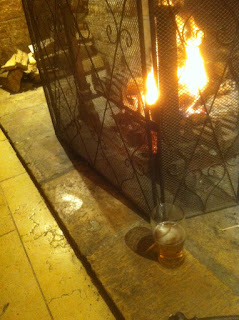