Views from the World Trade Centre 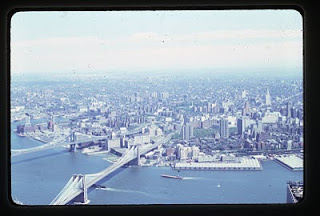 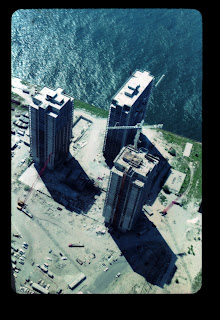 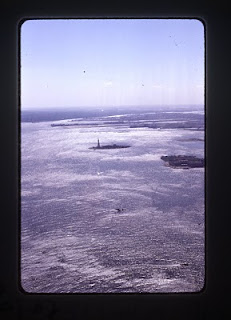 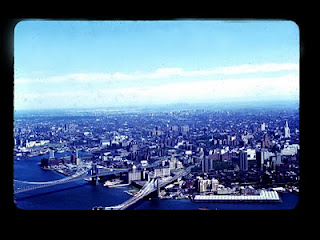 It was approaching the end of my year in New York and I took another trip up the World Trade Centre.

I remember staring down and across Manhattan, a town, in my mind at least, I’d made my own. Over that year I’d walked the length and breadth of it, mastered the subways and given directions to immigrant taxi drivers. I also knew it was coming to an end, like everything does, and that the Newport I returned to would also be different.

For some unaccountable reason I remembered Rita Murphy and Clare Murray, two incredibly vivacious students at St. Josephs, who drank in the White Hart, amongst other places, and filled the room with a zest for life. I love people. Each stranger is a living, breathing, walking book, only they’re damn hard to catalogue and impossible to shelve, so you end up losing them. Now there was going to be a whole new bunch of people I’d probably never see again:

Lidia Furcik for one: a caustic, rangy girl with a Brooklyn twang that cut glass. I still remember her ‘Aw, Mr K!’ There were so many girls of talent and depth I taught that year, Andrea Woods, Mary Keane, Jean Romano, Jo Ann Halpin….though it must be added - taught badly. Teaching competed with too many distractions, and I burnt candles at both ends, down the sides, and then lit them all over again.

When I look at those pictures of the World Trade Centre now, it forcibly hits me how things pass – especially people. This blog is full of people I will never see again: Shelagh Williams, Mike Barnard, Kim Hasinger, Keith Davies, friends at school, earlier friends who built tree houses and underground dens, along with friends who still resurface from time to time and who I will see: Ken, Geoff, Adrian, Mike Adams, Dick Skinner, Peter Lloyd…unless one of us dies first.

For mankind is ever the same and nothing is lost out of nature, though everything is altered. John Dryden; though I don’t think Dryden was thinking of coffin worms and dust.

A melancholic moment; the World Trade Centre and memories are a lethal combination. And I had no right to be glum! Some weeks before I’d splashed out 1,400 dollars on a circular six week tour of America – New places, new friends…and the Trade Centre would always be there.


My ticket to adventure.

Perhaps it was the fact that, in the early days at least, girls from other classes would listen in to my lessons, their ears pressed to the door, though I doubt they caught much of my soft English mumble; perhaps it was the fact that I had the longest queue in Parent’s Evening, until eventually the Principal had to come in. I had to be terse. Parent’s Evening had already over-extended and my queue was still there.

Whatever the case Nemesis was patiently waiting.

Man and boy I’d worn glasses, my first being the NHS special: ugly; in sunlight peculiar. I moved on to the Hank Marvin special, the John Lennon special, pink tinted lenses that made Newport look psychedelic, and now…in New York…vanity offered the final temptation.

As they say now: ‘Because you’re worth it’.

And I had St Agnes’s Girls, caustic and sophisticated, analysing my every move - presumably more interesting than the lessons.

Vanity can be painful, especially in the form of the near invisible, soft plastic discs you plonk on both eyeballs, and worse, attempt to take off again prior to sleep.

The optician told me I’d get used to it. He never said how long it would take. I remember the first time I balanced the first tiny disc on my finger. It glistened with malice and quivered as it approached the right eye. I withdrew the finger and examined it at arm’s length. What was I doing – placing this alien parasite in my eye?

Then I remembered how much I’d paid for them.

I tried again and then my eyeball went berserk, caroming like a small cannon-ball in its attempt to escape. It was like trying to catch a very small cat or wrestle a tadpole, and several times I missed, the lens getting entangled in lashes or ending up halfway down my nose. And then I had to start all over again with the second lens.

But hey, I looked good. Examined from every angle, I looked good. I was complete, born again, a man without disability, the guy without glasses. I did a little strut down Roosevelt avenue; Hawkeye. The guy with the look.

Nemesis is patient. It will be there when the universe dies. It didn’t have to wait as long for me. The evening approached. I had to take them out again. This time both eyeballs were prepared. They’d had all day to discuss tactics, the right studying Clauswitz, the left, Sun Tzu's Art of War.

There they were, expectant and hard, resenting the alien cling-film enveloping them. And they had good reason to be afraid, for now two fingers approached, like some mechanical digger. The eyeballs were terrified and again I withdrew.

Horse whisperers may do it for horses. But eyeballs aren’t stupid. And anyway, they’re deaf. It took me a good hour to get the damn things out, and I set my alarm clock an hour early to put them back in again the following day.

And yes, in time the eyeballs were tamed and wore their new saddles. The irony was that when, one year later, I returned to England I pretty soon had to stop wearing them. The culprit was chalk-dust. No more the clean white-boards of St Agnes. I was back to creaking blackboards and Icelandic clouds of chalk-dust. Nemesis is impartial. Contact lenses couldn’t compete against this. The eyes became red. The lenses went. Eyeballs sighed in relief.
Posted by Mike Keyton at 08:18 2 comments:

After Christmas it was hard to return to normality and I had to keep reminding myself that things weren’t ‘normal’. I was still in New York, teaching some incredible kids; I lived in what I still saw as a luxury apartment in Jackson Heights, and surrounded by some of the most generous people I’d ever met before or since.

In Britain, Teacher-training Days were usually held in class-rooms, school halls or an occasional college annex. In New York, a Social Studies Seminar was held in the Hilton Hotel, and I couldn’t believe my luck when I was given a ticket to Philadelphia for a Fulbright Conference, along with a reservation at the Franklin Plaza Hotel.

There are far grander hotels in this world but until then I’d seen none of them - and never in the capacity of a teacher ‘enjoying’ professional development.

I waded through carpets that deadened all sound, made damn sure I used the pool and sauna facilities, enjoyed a fine meal and an even bigger breakfast the following day, contemplated the squash courts until better sense prevailed…and at last made my way to the William Green Federal Building via a rudimentary hand made map.

I knew I was in a special place when I hit a street with three shops side by side:

The Snow White Ice Cream Parlour,
Dr Pleasure’s Love Shop
And a Clerical Regalia Shop (whose name I can’t now remember but which didn’t include Pleasure or Ice Cream.)

But the Conference itself was a little sad. The Fulbright organisers seemed depressed, openly wondering whether Reagan would continue the programme. What depressed me most however were the exchange teachers present – Germans, French and Brits. Most of them seemed to be moaning about one aspect or another of American life instead of thanking God for one of the great life-changing experiences.

I felt ashamed but depression lifted after one or two over priced beers in the Franklin Plaza Hotel. 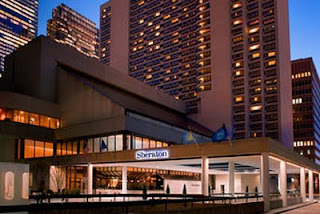 And there I was, flying back to New York, a small plastic tube of volcanic ash in my hand, courtesy of Mount St. Helena, and a hundred memories of Washington State jostling in my mind. Chief amongst them Kathy, Rick, Kirsten and Garret. I’ve been careful about posting too many photos of them because even though a decade or more has passed, and what they are now is not what they were then, I’m wary of imposing on natural privacy. I’ve chosen just six – a snapshot of the Mallerys in a particular time and space. In my mind they’ve stayed like that, fixed in aspic even though I know the reality is different. Still, maybe their grandchildren will find it interesting, a Christmas week when something magical happened. 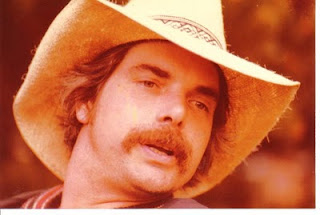 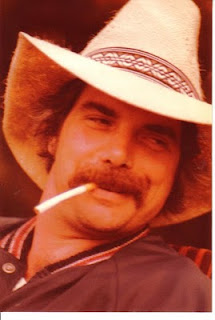 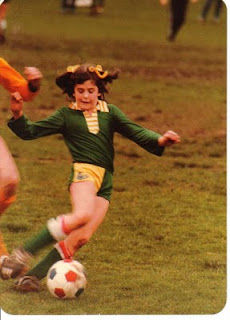 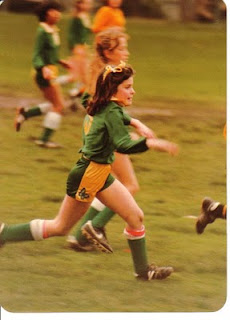 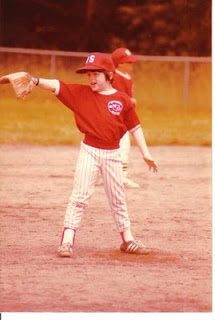 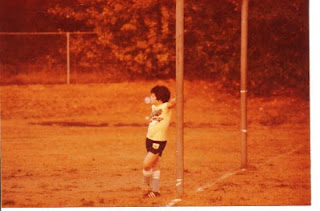 Garret,urgent and relaxed.
Posted by Mike Keyton at 14:00 No comments: