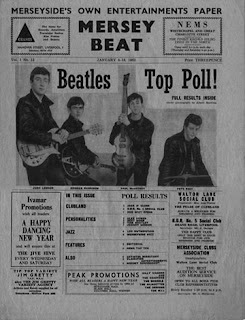 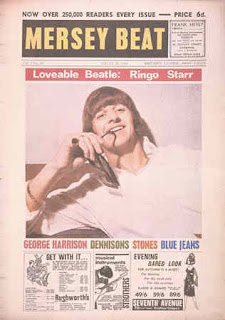 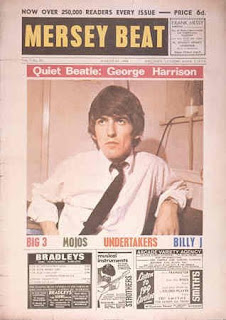 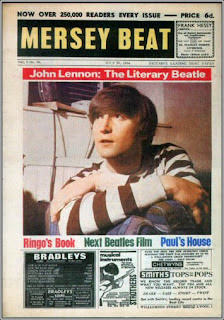 It’s hard to describe the Cavern, the original Cavern, without saying what’s already been said. You descended into blackness, the air hot and solid with sound, difficult to breathe.

Halfway down the stairs your body would vibrate, your heart and lungs tremble. You didn’t so much hear the music as disintegrate into it. And then, framed by arches of sweating brick, you saw the stage, how tiny it was. You sweated in the Cavern. You were in heaven. And the Beatles were its Gods.

Liverpool then was the centre of the universe - according to Alan Ginsberg, and who am I to argue? The Liverpool Echo was swamped with requests from all over the world for Liverpool pen friends.

There was a fetching pen and ink drawing of an ecstatic American teenager, concocted, I imagine over a pint or two by the Echo’s resident artist, but she did for me. Her name was Debbie Baird, and she came from Texas, and letters ensued.

She was also rich, her father owned bakeries - and she was coming to Liverpool. I panicked when I got the letter. We’ll have to get some coffee, I said. Americans like coffee. I was fifteen with the sophistication of a newt.

Debbie was big and blonde with a peaches and cream complexion, and a raw Texan twang I’d only previously heard in Westerns.

I took her to the Cavern, warning her that most of the big bands had gone, but there was a ‘name’ group on that night - The Chants. I didn’t think to tell her they were black.

I still have shivers at the memory of that night. We walked down the steps into the cellar. It was hot and sweaty. The music was loud. Then a raw Texan voice cut across the darkness. 'Christ, they're black!"

No arguing with that.

This was my first brush with pre Civil Rights America. The British of course were more civilised. We thought we were superior to everyone. It was a comfortable feeling.
Posted by Mike Keyton at 07:59