How do you eat peanuts? 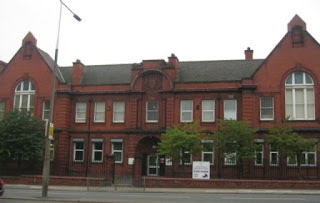 How do you eat peanuts? I’d never really thought about it before I waited upon Harold Wilson * (British Labour Prime Minister) at his Huyton Constituency. Maybe it’s just me, a careful eater, tedious, and needing to be in control of every, individual peanut; but I scoop out a handful with my right hand, deposit them in my left, then pick at them - sometimes five at a time, more often three. As you can see, I’ve thought about this.

The day I waited upon Harold Wilson, I observed how he ate his, and realised for the first time that even peanuts are political. First, he scooped his hand in the bowl in the Keyton prescribed manner, then he looked round at the working-class party workers of his Constituency and made an instant decision. He would eat as he assumed the working class ate their peanuts. He rammed the whole lot into his mouth in a single sweep of his arm.

Later I learned that the very first Labour Prime Minister, Ramsey Macdonald in the 1920’s and early 30’s had a very similar attitude when it came to cigarettes. Nothing escapes politicisation, and spin predates the wheel. He had two kinds of cigarettes: one a packet of cheap Woodbines in a cardboard packet when he was amongst working men, the other in a silver cigarette case for when he was amongst his favourite constituents - admiring duchesses. As long as he remembered which pocket they were in, he was all right.

This small revelation was followed by a military banquet. I remember silver, red coats, flushed faces, baldheads, and very loud voices. I remember scurrying around in a cheap white waiter’s jacket and realised there had to be more to life than this. It is hard to describe how desperate I was.

My first attempt at escape was a tad pathetic. The strategy was spot on, but courage was wanting. I’d get an education, a real one. Wasn’t too sure what a real education was, but it involved O levels at GCE. Wouldn’t go mad, try for English perhaps; see how it went.

I walked down a long corridor in Warbreck Moor School. It was 7.20. Pm and enrolment had begun for evening classes, night school as it was called then. I had at last determined to improve myself - beginning with an English GCSE - a fairly basic qualification. The corridor ended in a T junction, and it was approaching fast. Memories of past failures crowded in on me:

…aged eleven, walking down Hall lane and being attacked by Tony Holland, my dad on the other side of the road shouting encouragement, urging me to fight back, failing miserably, my dad’s shame - real or imagined.

At the end of the corridor I had to turn right. I hesitated, watching others walk into the English classroom. They looked earnest, a grim, unfriendly lot. A clatter of feet came up from behind - a bunch of merry, middle-aged women. One of them slapped me on the back. “Make your mind up, lad!”

“Are you doing English?” I asked.

She laughed and turned left. I followed and ended up doing a six-week course in basketwork.

Every so often my mum would ask me how the English was going…and I couldn’t find the words, until one day I brought home my first wicker basket.

Lesson learnt. If you want something, try again. Two years later I was at University.

* (Strictly speaking I wasn't actually waiting on Harold Wilson - just in the same dining room amongst a bunch of waiters)
Posted by Mike Keyton at 11:01 1 comment: 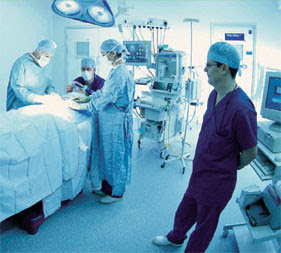 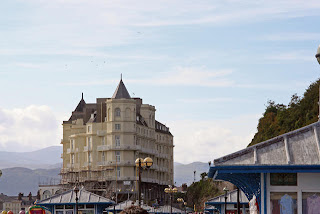 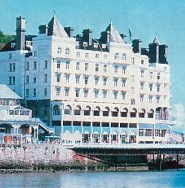 Meanwhile I moved on from Mabel Fletcher to the more prestigious Colquitt St. College of Crafts and Catering, still unsure about everything, but determined to give it a go. It didn’t help that I was taught pastry making by a Polish Chef called Mr. Polaki. His voice resounded around the kitchen - ‘Develop the gluten’ - and he had a metal leg with which he would kick me at every opportunity. I vaguely remember a bruise on my calf because my sausage rolls were a centimetre too short. Only later did I discover that the Russians were responsible for the loss of his leg and once he discovered I was a socialist, the kickings increased - despite now perfect sausage rolls.

Money was short and I took every part time job, most often contract waiting where I learnt mischief alleviated boredom.
“Water Madam?”
And I’d pour the water so that it formed a convex sphere above the rim of the glass. It was done too quickly to appear deliberate and accompanied with a smile as one pleased to be of service. The fun, such as it was, lay in watching the woman trying to raise the glass without spilling it, or lowering her head to suck at it first. Petty, but amusing for a time.

There are many reasons behind industrial sabotage, boredom is one of them, a sense of grievance another. My favourite story is that of the disgruntled worker in a sweet factory making Blackpool Rock. (This consisted of a foot long cylinder of candy, pink on the outside, white in the middle, and with a message like ‘Welcome to Blackpool’ in red throughout the length of its interior) He changed the lettering and they’d made about ten miles of the stuff - packaged and distributed before they discovered his alternative message: ‘ Fuck Off.’

Catering was highly exploitive. Profit margins weren’t high, wages were low, hours long. I learnt French service, distributing slices of meat from red-hot salvers. You needed four layers of napkins separating the metal from an already sleeved arm and even then, the heat would seep through within minutes. You had to get rid of that meat fast or either you or the customer suffered.

There was a Masonic banquet in a hall so small that the tables were squeezed in densely packed rows. When everyone was seated only narrow aisles remained. We were forced to weave our way through these long six-inch wide aisles with these burning salvers on our arms, whispering with increasing desperation: “Excuse me Madam, Excuse me Sir.”
Our pleas were in vain. They were there to eat and get drunk. We became more ruthless and terse. The side of a red-hot salver makes for an effective cattle prod if sliced across a fleshy back, or in the case of men, against the neck. Black suits and gowns wilted as we passed, the aisle widening miraculously, like the parting of the Red sea.

Chefs could be equally bloody-minded. Myself and Mike Adams worked for a time in the Grand Hotel in Llandudno. It was a beautiful building ,which loomed out over the sea. Later it was badly burnt, insurance scam or an aggrieved cook is my guess.
We slept in a garret and were up by 5.30 preparing the tables for early breakfast. When breakfast was finished, we had about an hour’s break before relaying the tables for early lunches. After that, another hour break before laying for dinner - which dragged on for most of the night. Then bed, and up again at 5.30.

It didn’t make for happy puppies; the cooks though were surly Rottweilers. Dirty Rottweilers. Bacon and eggs were cooked on the up-turned lids of large stock pots because you could fry a much greater amount in one go. Eggs, bacon, sausages, sometimes black-puddings, drifted in grease - and worse. The cooks also used these pans as ashtrays and eggs sizzled amidst discarded cigarettes and deep-fried tobacco. We developed tough stomachs, but ate elsewhere.

After the Grand Hotel, working in the kitchens of Broad Green Hospital was like working in heaven. Old and middle-aged ladies clucked round us, offering tea at the slightest provocation. For weeks on end I was responsible for turning out the jam-buns - hundreds of them - for the entire hospital. Surgeons and consultants, even patients, all got to eat one of my jam-buns. In between times I drank tea and listened to heated discussions as to whether Kathy Kirby was a better singer than Cilla Black. I brooded as I contemplated years and years of this, and became increasingly desperate.

The only other image I retain from Broad Green Hospital is an incident, which took place in my very first week. The corridors were long and confusing. The Operating Theatre was dangerously close to the kitchens, and I was late. Dressed in blue checked trousers and Chef’s hat, my knives resting on a folded apron and prominent, I burst through the swinging doors and was confronted by a posse of shocked doctors and an even more shocked patient awaiting surgery.