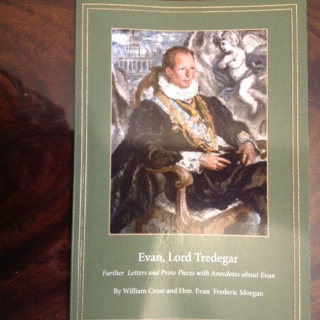 When I was small I longed to have a dog, a wish never fulfilled. There were others in a similar boat and we competed with each other to walk the dogs of housebound old ladies. I don’t know if we were a blessing or curse, knocking at random doors and offering to take whatever dog they had for a walk. Sometimes we got paid, but that wasn’t the point. Nor were we being charitable. We were dogless and desperate.

I took every kind of dog, collies, terriers, alsatians— never a dachshund though. There’s always a line not to be crossed. Even now I can still feel the pull of the lead, becoming an extension of the dog pulling it.

But why wasn’t I born four or more decades earlier, born in small Glouceshire village of Uley. Dogs? Pshaw! Those kids played with a 200lb gorilla called John Daniels. 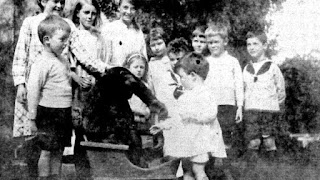 It was an orphan, its parents killed by French officers in the Gabon. A sailor brought it to London, where it ended up in the window of Derry and Thoms Department Store with a price tag of £300.  It was sold to a British Major who gave it as a present to his sister, Alyce Cunningham. 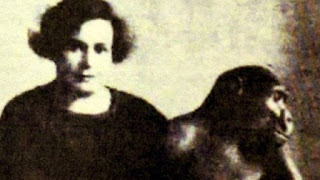 Alyce Cunningham took its training in hand.  The animal made his own bed, helped with the washing up and partook of afternoon tea. He was a versatile creature at home in town and country. Alyce Cunningham dressed him as a boy from very early on and allowed him to play with her niece and her friends. Occasionally he accompanied her in a taxi to London Zoo, where he’d ogle the ladies and urinate in front of male challengers. At night he was allowed three large whiskies to ease his melancholia. 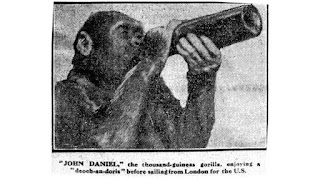 The highlight for John Daniels, was his annual trip to Miss Cunningham’s home village of Uley in Gloucestershire where he learned to appreciate cider, rose bushes and playing with children, sometimes accompanying them on long walks—stopping at cottages he knew to have cider.
Eventually John Daniels grew too large for the aging Miss Cunningham and she sold it to Barnums circus who dispatched it to America where it sickened and died in 1921

The Future begins with F 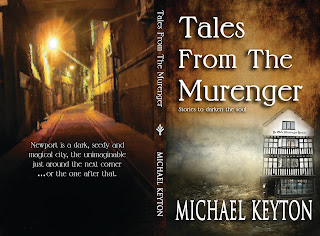 Damnit to hell, have I missed a trick! Publishers, who are supposed to know about these things, have discovered that inserting a profanity in their book titles increases sales. The profanity has become a marketing tool. Apparently those titles using the F… word have increased threefold. The mere insertion of ‘Shit’ in a title will see sales double. So we see such books as ‘The Life Changing Magic Of Not Giving a F…’ ‘The Subtle Art Of Not Giving A F*ck (A sequel perhaps but pushing the boat out with just the one asterisk) Even grammar has become sexy, given that extra bit of swagger with titles like ‘F…ing The Apostrophe.’ And colouring books, too, are getting in on the act. with titles such as ‘Color Me F*cking Calm.’  Mercifully the Victorians were immune from this madness, though then again, some new editions of Dickens or Austen could possibly be sexed up. I'll leave you to consider the possibilities.  I certainly am, with my own work.
I can't afford to miss out on such marketing wisdom and am busy considering my options.
‘Cheyney F…ing Behave,’ might work.  And if there is to be a sequel to Murenger Tales, it will likely be ‘More F…ing Murenger Tales.’

Yes, I have seen the future and it begins with F. In the immortal words of Country Joe McDonald and the Fish: 'Give me an F. ..